Than a small iPad Pro is different from large 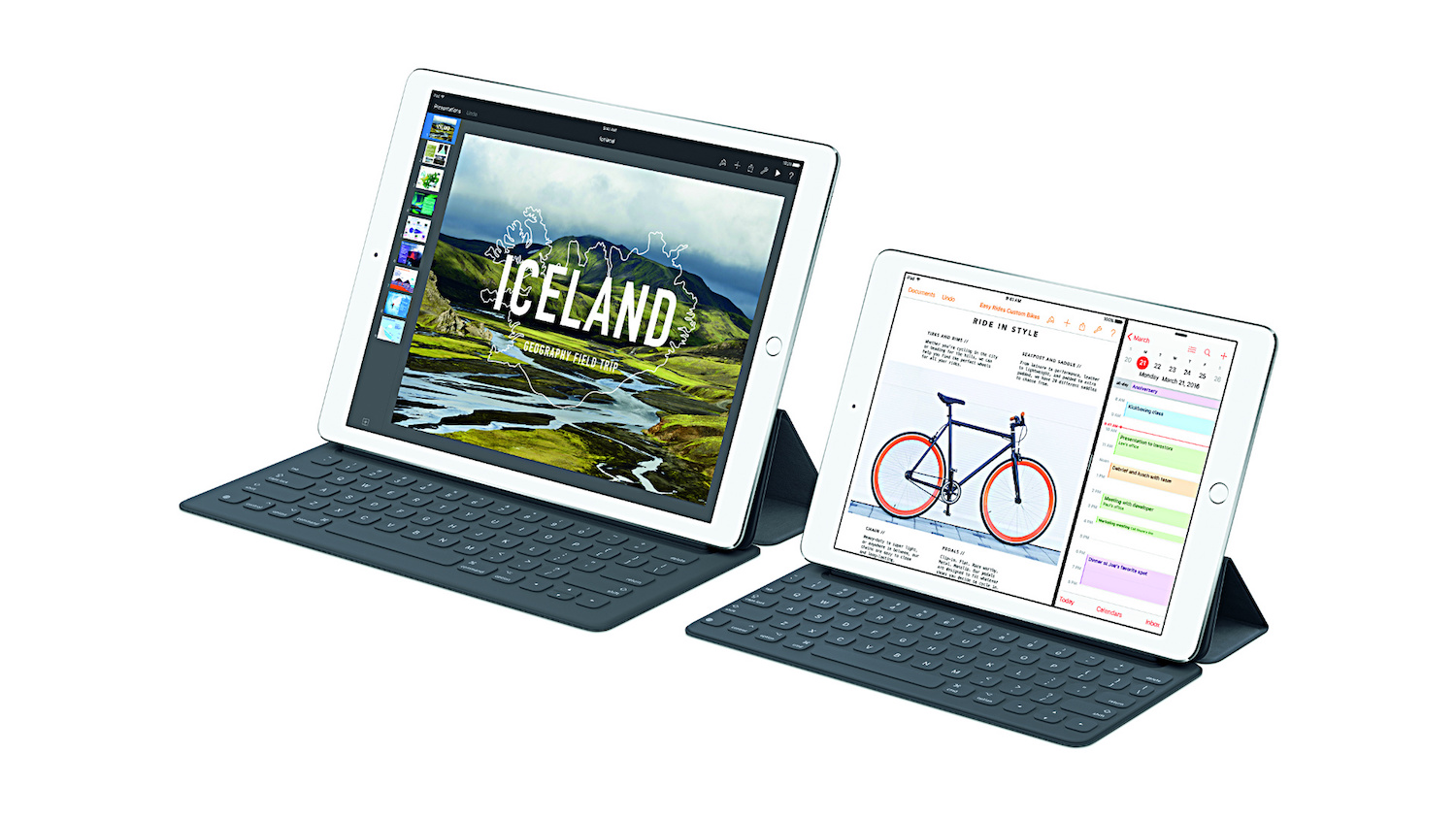 As expected, Apple introduced a new 9.7-inch iPad called the iPad Pro. Last year company gave us a 12.9-inch iPad Pro. Apart from the fact that the device clearly differ in size, and some other differences. We will try to tell about each of them.

The main differences between 9.7-inch and 12.9-inch iPad Pro are hidden in the camera. Tablet with 9.7-inch screen was given a 12-megapixel camera, while its predecessor got an 8-megapixel camera. Unfortunately, the new smaller iPad Pro camera began to bulge as the iPhone 6, which certainly is not very convenient for the tablet.

Dispersed tablets, and in the support functions of Live photos. The new iPad Pro support this feature, unlike his older brother.

To work both the tablet need to be equally long, but different size implies a difference in the used batteries. 9.7-inch model has a battery on 27,5 W∙h, while the 12.9-inch iPad Pro battery 38.5 W∙h. Certainly iPad Pro smaller size requires less time for charging.

The tablets look almost the same, if you forget about the difference in size. 9.7 inch iPad Pro on 277 grams lighter and 0.8 mm thinner. The difference in weight is very noticeable.

9.7 inch iPad Pro might boast always-on “Hey Siri” that allows you to activate the voice assistant without touching the tablet. 12.9-inch iPad Pro feature only works when the tablet is on charge.

Apart from the fact that screens of different sizes, the 9.7-inch iPad Pro offers a feature that adapts the color of the screen under your environment. Apple worked on the reflections, brightness and colors, making the screen of the new iPad is still a little better than the screens of previous models.

You will not find a 12.9-inch iPad Pro pink with 32 gigabytes of memory and LTE support. But you can buy a 9.7 inch iPad Pro in this configuration.