“Thank developers for iPhone”: she has lost the smartphone and thanked Apple and not the people who returned it

The inhabitant of Samara has told the story of a colleague who has found iPhone in the snow and with the help of staff of the salon was trying to find the owner. In response to a call to the husband of the owner of the phone started to be rude, but the girl in the post “Vkontakte” thanked Apple for the locking system, not the people who the phone back. 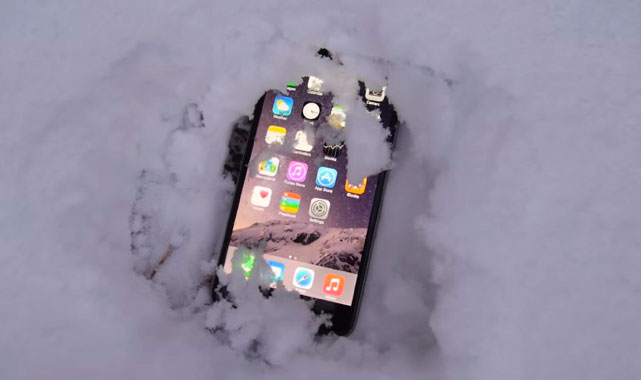 On the portal “Peekaboo” a user told the story of a colleague who after going to the store and sat in the car and heard the phone ringing. In the snow man found iPhone.

“Got it, but the phone did not take time the battery, which is not surprising, because it’s -25 and it was unknown how long the phone rang before he was found. “Apple” devices in the family no one, therefore, charging “dumb”. Time for 22:30 local, friend decided to bail and deal with the phone this morning (of course to return to the owner)”.

The man looked up, the card carrier is in the smartphone and the next morning asked the salon communication. The consultant loaded the iPhone but it was blocked.

“Initially, the colleague, having read stories about what is now derived from “good works”, decided not to transfer the phone directly, but to do it through a third party”.

The consultant inserted the SIM card into your iPhone and call in number in one SMS about missed calls. It was the room of the husband of the owner of the phone. According to the author of the story, he very rudely talked to by an employee of the salon.

“Consultant with a straight face, listened as he was sent … and tried to say that the citizens found the phone and brought it to the office, and that the owners can pick it up. It turned out not at once. This unpleasant moment, the mate left the phone operator (who assured that the phone will take a few hours) and went to work.”

Later, the man who took the phone, and his friend, the author of the post, found his owner in “Vkontakte”. At first she wrote that the suspects in the theft of a woman “with an ugly manicure and peeling mink coat”. 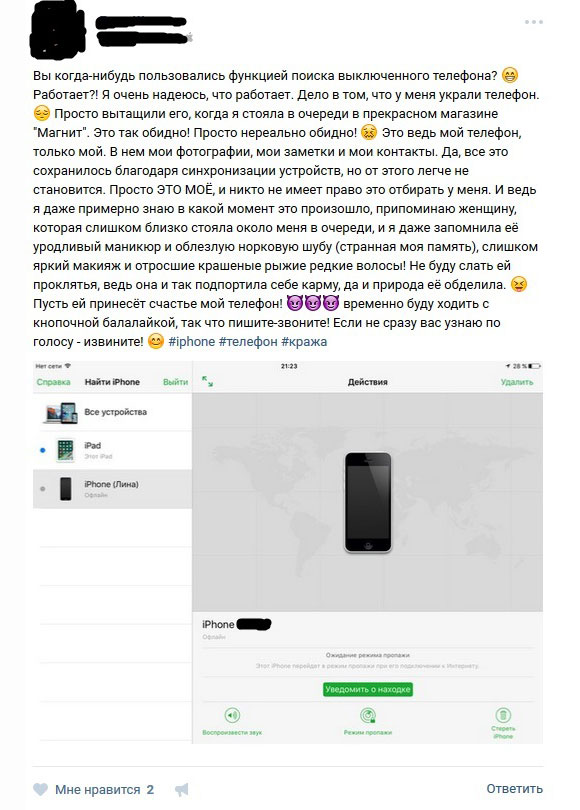 The day when the phone was returned with the birthday girl and she was really grateful to her husband and the Apple “for the technique, which can be found”.

The people who returned the phone, in her opinion, only did it because it was locked and they didn’t know what to do with it.