That’s why we need to change Samsung Galaxy to iPhone

Many users who switched from iOS to Android (specifically, the Samsung Galaxy on the iPhone), I prefer to remain on devices from Apple. Reviewers iMore conducted a poll among the so-called “switchers” to know why former Android users made the choice in favor of Apple’s operating system. Particularly relevant to this transition was in connection with the frequent cases of fire Samsung Galaxy Note 7 and for many, the logical choice was the iPhone 7, despite the presence on the market of Android competitors. 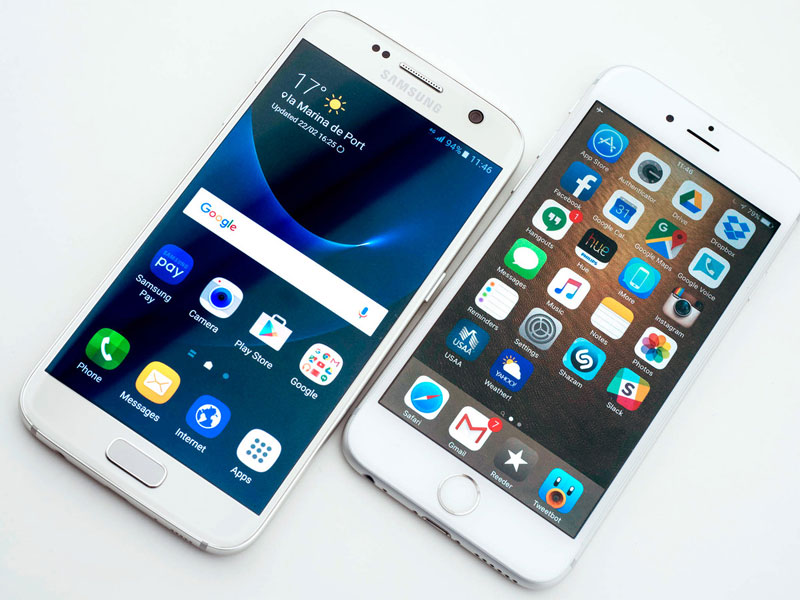 The combination of software and hardware – this is the advantage Apple know almost everything. Because the company manufactures its own products, developers create an almost perfect symbiosis of software and components. In the Android environment, a very large range of screens and hardware, therefore, to ensure that the operating system and the app worked quickly and without “brakes”, developers must use a much more powerful “stuffing” than Apple, offsetting the difference in devices. gadgety deprived of such shortcoming, so cupertinos can afford to do less productive smartphones, not having the significant difference with its competitors in synthetic benchmarks.

Some users say that Apple devices use less battery power. For example, according to the observations of one of the respondents for 8.5 hours of active work on the iPhone 7 had spent 60% charge on a Samsung Galaxy Note 7 during the same period was 20%. Autonomy – one of the main aspects, which mention almost everyone who switched from Android to iPhone.

Also, pay attention to the ecosystem as a whole. Thanks to the “cloud” sync devices and functions Continuity and Hand-off, you can work at all connected to your Apple ID devices and synchronize data between them. And receive calls on the MacBook (this is the user mentioned repeatedly), type texts and save data. By the way, the security in iOS is celebrated by almost all – recall that thanks to the latest innovation, full use of the iPhone may be the only one who knows the password from Apple ID, and if the smartphone can turn into a useless “brick” which can only be sold for parts. 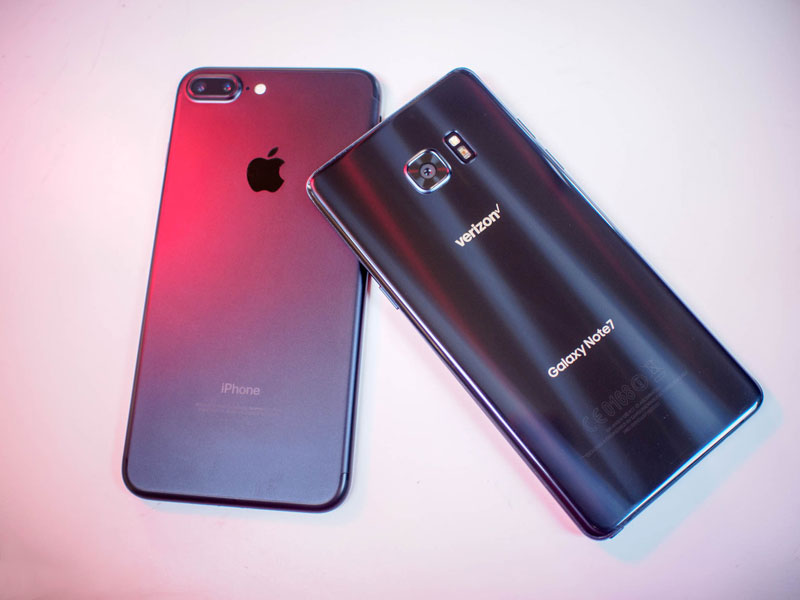 Thanks to the Find my iPhone feature you can lock the phone connected to the Internet to check his location, put the password and even erase the data if intruders try to use your device.

The latest device from Apple can boast a water-resistant, which became another factor for the transition to the iPhone 7 and iPhone 7 Plus. Also, many cited the ease and convenience of work – even the kids who first saw iOS, after five minutes are well-versed in the menu and find the desired program can not be said about Android. From the point of view of usability the iPhone is much more convenient and easier than a smartphone on Android, and applications are in most cases much prettier than the competition.

Of course, to compare operating systems and devices of competitors is endless, and the choice of ecosystems – it is subjective, but in this case, we decided to share the reviews of those who previously used the Samsung Galaxy Note 7, but due to issues with the smartphone switched to the iPhone.

We believe that the advice and feedback worth listening to, more recently, Tim cook said that the number of “switchers” this year reached a record high, which confirms the above.