The 4.7 inch iPhone 7 won’t dual cameras, but Apple found, than to compensate

Blogger Steve Hammerstien, who often publishes in the Network drawings and photos of unannounced devices, has offered proof that the 4.7-inch modification iPhone 7 will have better primary camera compared to its predecessor, the iPhone 6s. 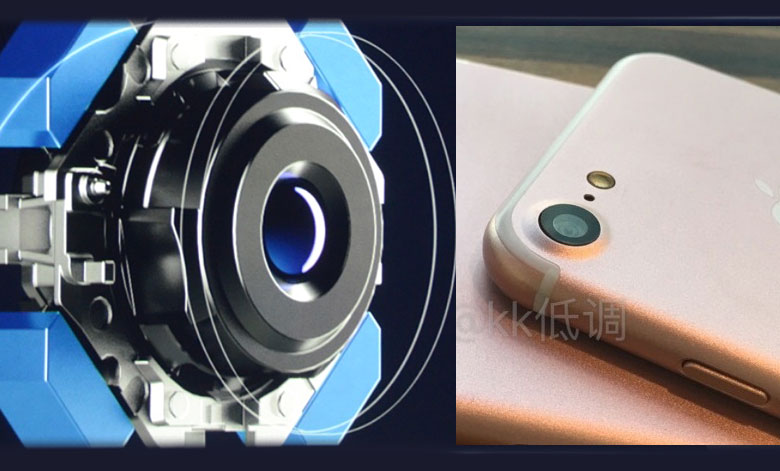 In the pictures of the component you can see the four notches around the lens, which has a special spring. They allow the camera to compensate for fluctuations of the iPhone. Thus, the smartphone will feature optical image stabilization. Such cuts are absent in the iPhone 6 and iPhone 6s, which can not boast of such technology. They have iPhone 6 Plus and iPhone 6s Plus.

Mounted thus, the module compensates for camera shaking when shooting handheld, as a result, users will be less likely to see blurred images and videos will be smoother. iPhone 7 Plus will have a similar system, and dual camera.

It is expected that the next generation of smartphone will be presented on 7 September. Some time ago, sources reported that Apple will hold the name of the iPhone 7 for the “anniversary” of the smartphone, which will be released in 2017. And the new iPhone, which debuts next month, will reportedly be referred to only as iPhone 6SE. But on the eve of the Japanese Macotakara resource reported that the new smartphone will indeed be called the iPhone 7 and iPhone 7 Plus. 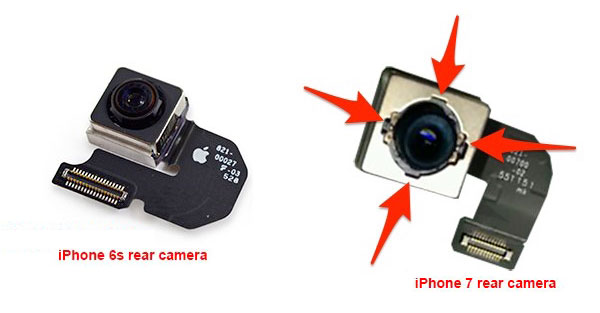 According to unconfirmed reports, the iPhone 7 will get a 4.7-inch screen with Full HD resolution, and its Plus-version – 5.5-inch QHD display. In their basis will be the A10 processor, complemented by 3GB of RAM. The smartphone will be available with a minimum of 32GB of internal memory. The maximum amount of internal storage of iPhone 7 and iPhone 7 Plus will increase from 128 to 256 GB.

Also sources indicate that the new Apple smartphones will be equipped with a touch Home button with fingerprint scanner and support the Force Touch technology, which will provide her sensitivity to touch.

In the countries of the first wave of orders for the iPhone 7 and iPhone 7 Plus will be unveiled on 9 September, and in sale they will arrive in two weeks, on September 23.