The advantage of anniversary iPhone 8 over Android flagships, which nobody noticed

Almost on a daily basis in the network there are new leaks about the iPhone 8 – the new smartphone Apple, which can be formally presented this fall. According to unconfirmed reports, the novelty will receive a new form factor with a 5.8-inch display, which occupies almost the entire front side. 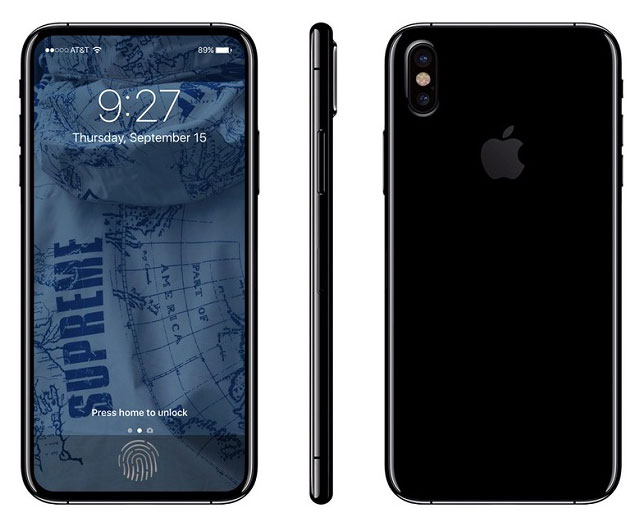 The Home button can not be seen: it is hidden under a glass panel with a fingerprint scanner Touch ID. According to latest rumors, iPhone dual camera 8 on the back will have vertical rather than horizontal orientation. A bump, includes two lens, microphone and LED flash slightly protrudes above the cover.

Insider, known by the nickname OnLeaks, published renderings, which compared the size of the iPhone 8 with the ten most popular smartphones. As it turned out, the anniversary of Apple’s smartphone will be one of the most compact smartphones on the market. The illustration besides iPhone 7 and iPhone 7 Plus sealed Galaxy S8, Galaxy S8+, Pixel, Galaxy Note 7, Nexus 6P, P10 Huawei, LG G6 and other vehicles. 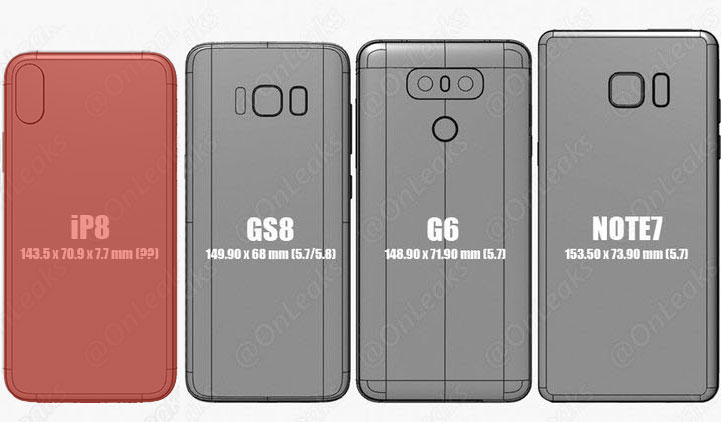 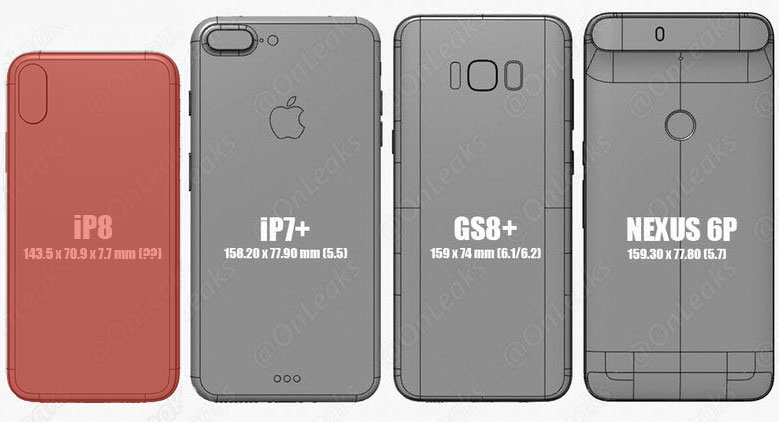 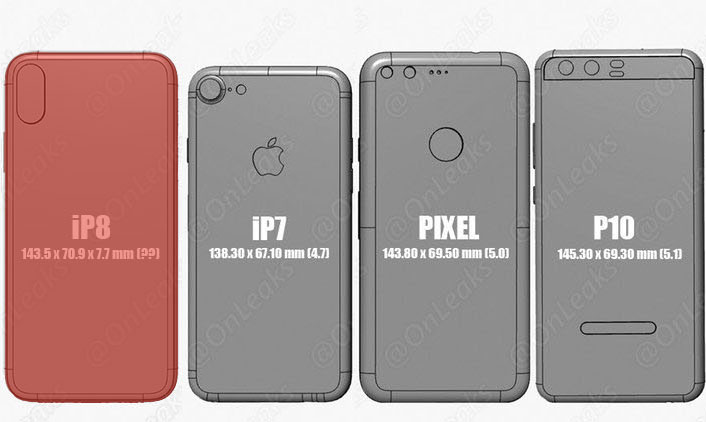 If the rumors are true, then iPhone 8 will be larger than the 4.7-inch iPhone 7 in the presence of a larger display. Thus in the height it will be less Galaxy S8 and the LG G6. And it is quite compact the new product will be when compared with Nexus 6P, Pixel XL, Galaxy S8+ and an iPhone 7 Plus.

The official presentation of the new flagship Apple is expected in September of this year. iPhone 8 is credited with frameless OLED display, glass case, camera with feature 3D-shooting, support for wireless charging and face detection function users. As expected, will debut three models of the smartphone, with screens of 5.8, 4.7 and 5.5 inches.