Trusting the owners of smartphones Apple again played by users in social networks. In the network appeared the detailed instructions, announcing a new “revolutionary” iPhone 7 — quick charging in the microwave. It should be noted that jokers is the third time successfully beat the topic of charging in a microwave oven, and believe them every time. 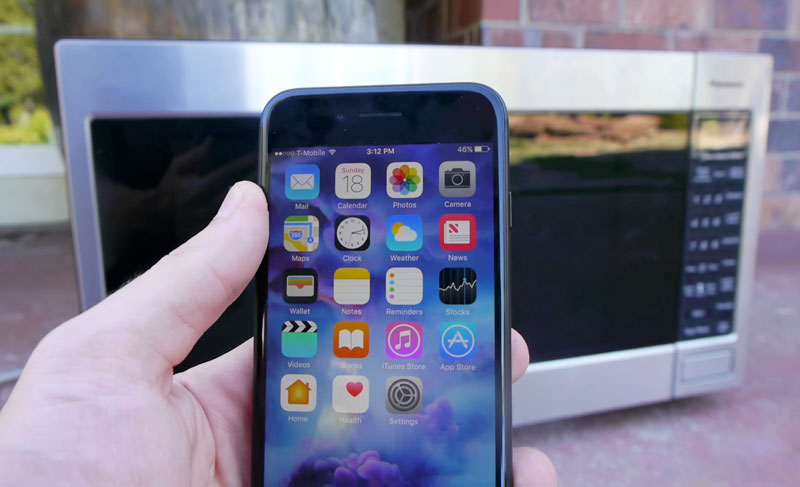 In the picture, assiduously circulated in social networks, reports on a “new ” iPhone 7 is wireless charging fast. Wags claim that the new generation of smartphones has added a function and solved the problem of charging apparatus.

To use “hidden opportunities” iPhone 7 it was necessary to put it in ordinary microwave oven and turn it on. It is argued that a function called “iPhone 7 Wave allows you to charge your gadget in 30 seconds.

Video blogger TechRax decided to test the function of quick charging your smartphone’s, which placed a brand new iPhone 7 in the color “black onyx” in the microwave. Smartphone battery was charged at 46%. Did he charge your smartphone to 100%, and that from this left, you can see in the video below.