The Apple – focused leader in the global tablet market

That demand for tablets has been steadily falling, analysts assert it is not the first quarter in a row. According to the report of IDC, Apple remains the irremovable leader in sales of such devices in the world. 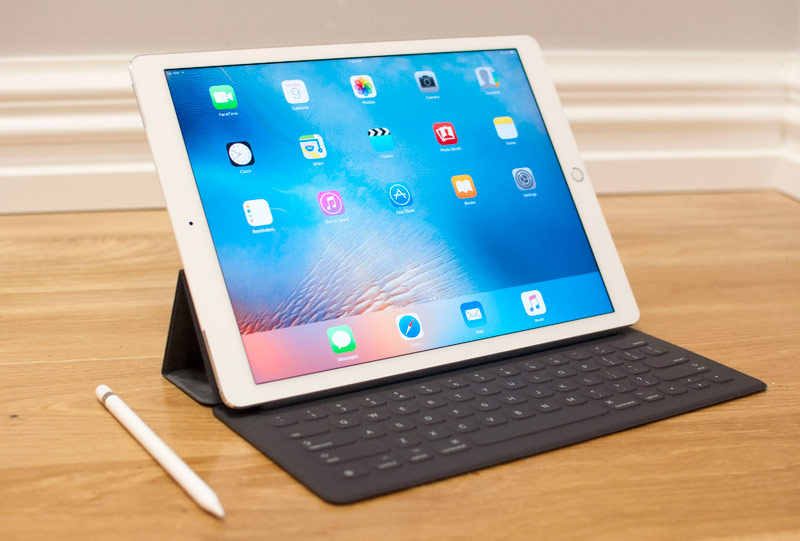 In the second quarter of this year, total tablet sales will reach 38.7 million by 12.3% less than the year before. The dominant market position held Android devices in the last quarter they accounted for 65% of the aggregate number of issued tablets. iOS retained second place with equity increased 26%, and in other devices as a software platform used Windows.

Though Apple showed a decline in iPad sales by 9%, due to the growing popularity of the iPad Pro was not only able to raise average selling price, but the proceeds from the sale of tablets. In a falling market, the company even increased its stake to 25.8%, but here the structure of demand shifted from a “regular” iPad to iPad Pro, more convenient for operation. 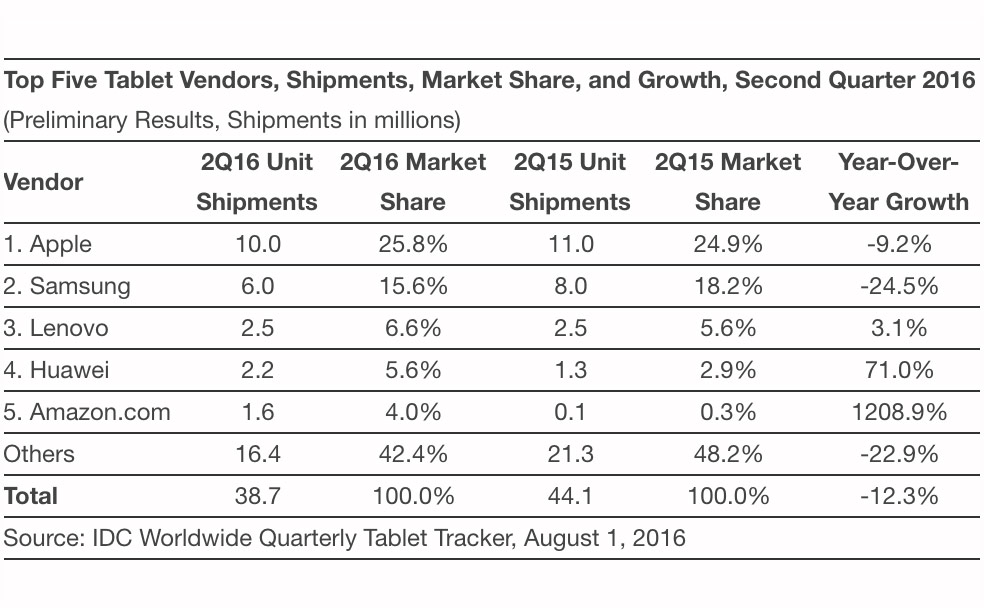 Second place goes to Samsung, but the dynamics of demand for tablet brand is not the most encouraging – a drop of 24.5%, may cause the Korean manufacturer to think about the production of tablets with a detachable keyboard unit.

Fourth place Huawei much success in the market of convertible devices is not achieved. And holding the third place Lenovo also not losing ground mainly due to the popularity of their classic tablets, and not innovative devices more expensive class. Amazon by selling cheap compact tablets retains fifth place, but impressive growth rates should not mislead – a year ago, IDC was not taken into account in its statistics six-inch device brand.