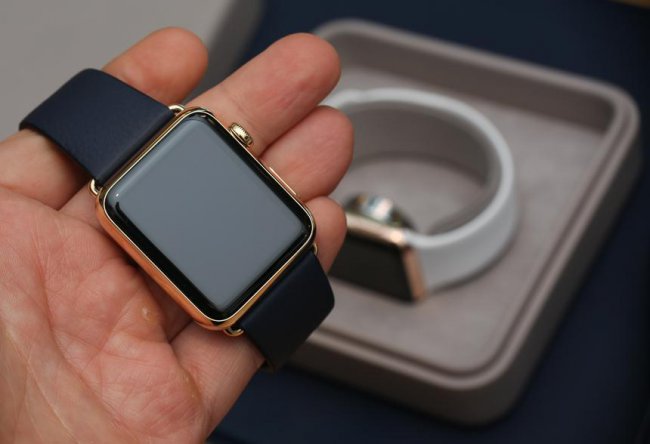 On the eve of the pores of the holidays, analysts Argus Insights has set a goal to figure out what a wearable device, including smart watches and activity trackers is the most popular among the respondents. With a large margin took the lead, with the Apple Watch.

As a result of a plebiscite with the participation of more than 6000 people, conducted in the week from 4 to 11 November, we found out that for the vast majority of respondents, the purchase price is not of paramount importance. So, cheaper and more functional in terms of activity tracking wearable devices from Fitbit, Jawbone and Microsoft lost the lead to four models of Apple Watch in different versions.

According to the Argus Insight, the most frequently used functions smart watches are the activity tracking, pedometer and monitoring heart rate. Despite the low autonomy of the Apple Watch and not the most accurate indicators when measuring heart rate, consumers are willing to put up with these shortcomings even with the higher cost.

Interesting, but “smart” watch from Apple has broken no doubt more popular model from the Pebble, becoming the device with the highest level of customer satisfaction. By a wide margin over the “Apple” gadget follow Moto 360 2nd generation, Asus Zenwatch and LG G Watch. It is noteworthy that the Samsung products, never managed to get into the top ten of the market leaders.

However, as noted in the study, global sales of the Apple Watch have a strong tendency to decrease. Perhaps the Christmas holidays will contribute to the strengthening of the positions of the hours on the market, but expect the provision of official data from Apple is unlikely.