“The beautiful game”: the Apple in the run-up to Euro 2016 has released a new promotional video “Shot on iPhone” [video]

On the eve of the start of the championship of Europe on football, scheduled for June 10, Apple has released a new promotional video as part of an advertising campaign “Shot on iPhone”. The advertisement published on the official website and the YouTube channel of the company. 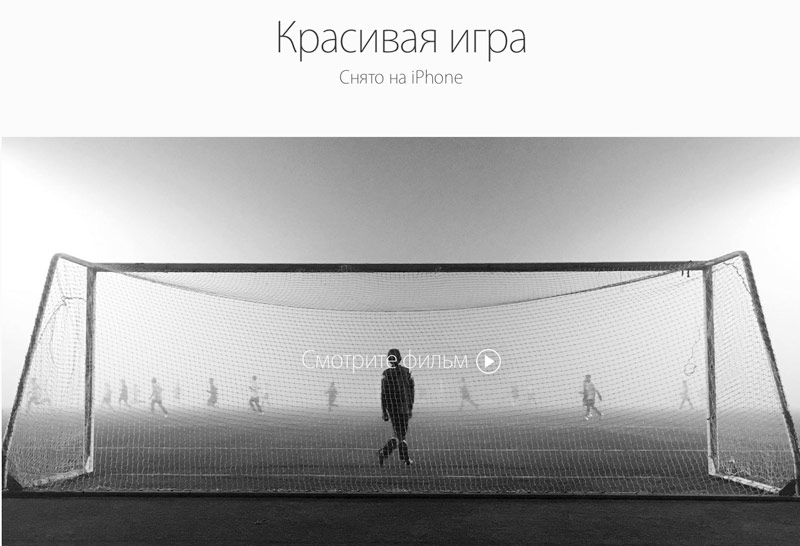 In the video “Beautiful game” shows photographs, dedicated to soccer that were made for iPhone fans. For each picture the author is.

The photos and short clips showing children playing with a ball and memorable moments of football matches and fans.

In the eve of sporting events the French government has released an app for iOS and Android. The mobile program was developed after a series of attacks in Paris in November last year. It will send notifications to users, which are in a zone where there can be an attack. In addition, they will be able to subscribe to notifications in eight other zones in addition to the where they are.