The Chinese invited a friend at the Apple Store for the iPhone 7, but instead of buying a smartphone he proposed to her

Chinese lured my girlfriend to the Apple store to propose to her. It is reported by the EKD, citing Apple Daily. 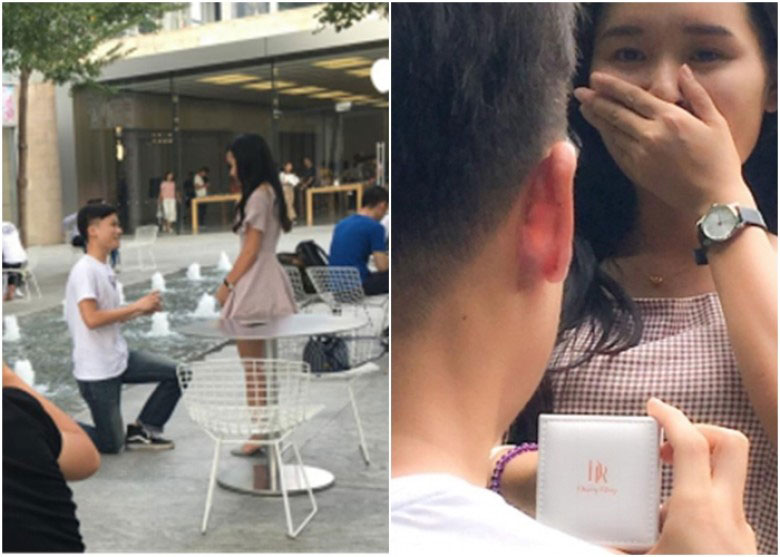 In Shenzhen the young man invited his girlfriend at the official store of Apple, promising to buy her a new smartphone iPhone 7, about which she dreamed.

However, there was something else. Once the couple arrived at the shop, the guy got down on one knee and explained to the girl that he doesn’t have enough money to buy the phone because all his savings he spent on the ring. 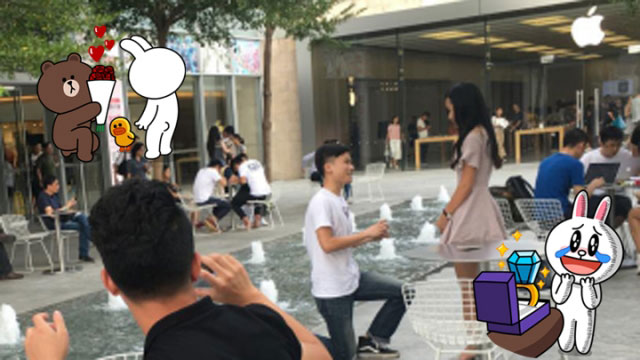 Apparently, the girl is not upset because of the sudden change gift and said Yes.

The lovers have been Dating for 7 years and recently graduated from universities. None of them are rich, so the girl for a long time used the usual Chinese smartphone brand. 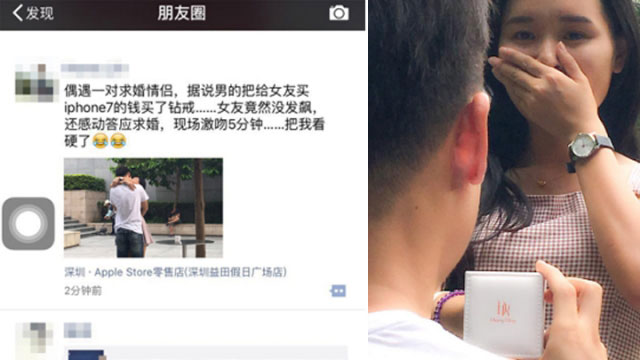 The guy spent a year saving money for the iPhone to fulfill the dream of his beloved, but at the last moment changed his mind, deciding that the money should be spent on something more important.