The company will die 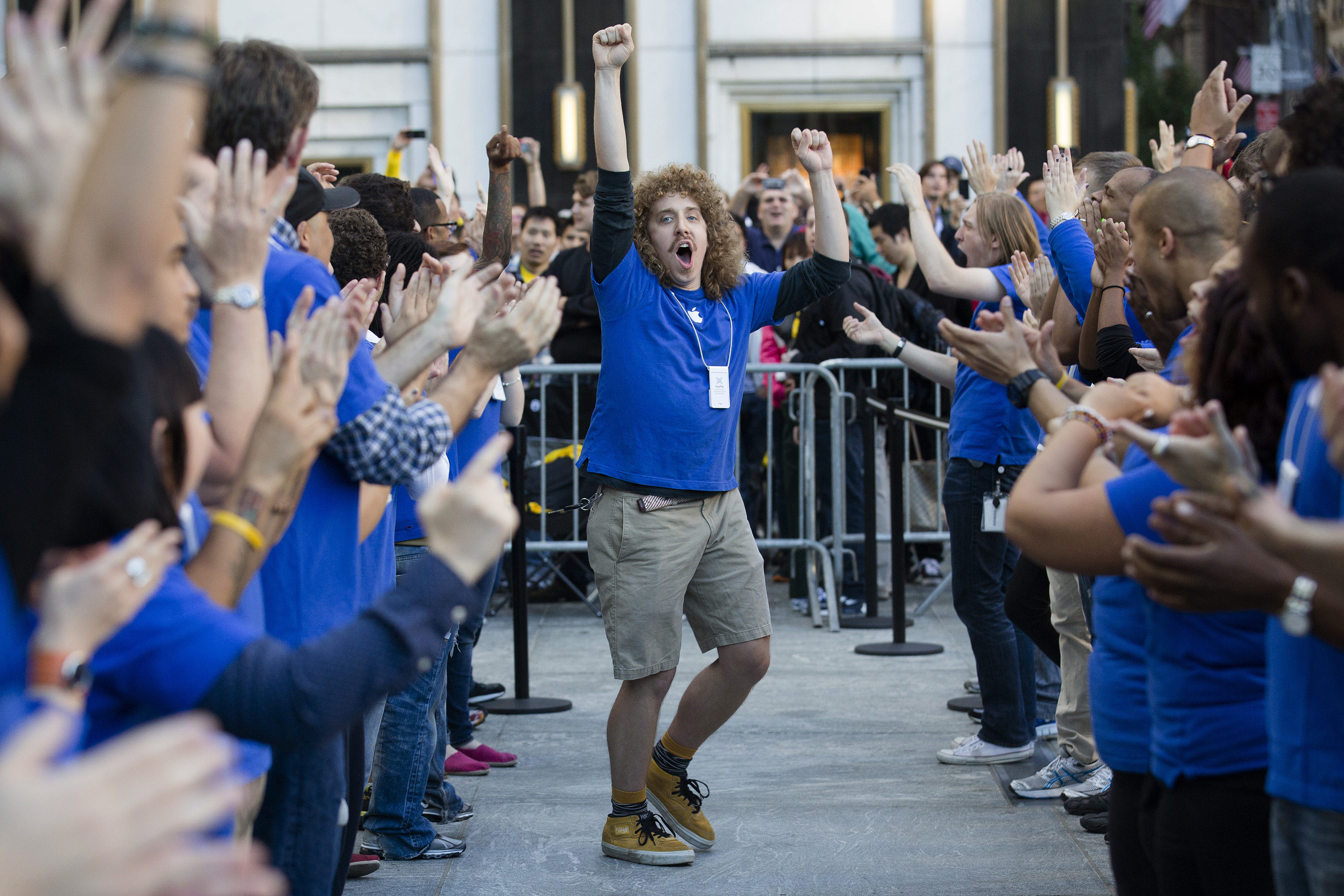 A phrase we often hear from the “haters” of the Apple. Quoted here for the reason that even “haters” are not willing to go to the Apple Store for shopping. But there is another problem. Almost no one operates the real facts: either the quantitative or financial indicators. Therefore, the situation always turns out awkward: and a fool puts themselves a priori the one who voted for the death company. The reasoning of the opinion is such that only die from laughter. Nothing more. Don’t believe ?

All the people criticizing Apple can be divided into two categories. First – the owners of mobile devices on other platforms. It just so happened that this category is dominated by the owners of Android-devices. It’s funny, but over the owners of smartphones or tablets based on Windows Phone all laughing. But they are not averse to laugh at the products of the company from Cupertino. Second – Apple users, which, for example, disappointed of see new. And both always easy to recognize among the whole mass of countless analysts. The problem here is only that it is not clear who is worse. Some, for example, it is quite funny to get involved in the dispute, and others, and to prove nothing, wouldn’t understand. Or will understand, but pretend to be stupid.

There is this “Law Cunningham”, who argues that “the best way to get the right answer on the Internet is not to ask the question, and to place a false answer.” Sometimes it seems that some are guided by this law. I doubt, for example, that you need a new iPhone 6 Plus, and wrote on Twitter: “New iPhone – complete nonsense, a kind of shovel at a crazy price”, will get a dozen (maybe a hundred, depending on the number of followers and retweets) return tweets in which you prove that a brand new iPhone 6 Plus is the best you can buy in life (usually works before the release of Apple’s new smartphone): both functional and beautiful, and not so expensive. Some advantages, no disadvantages. 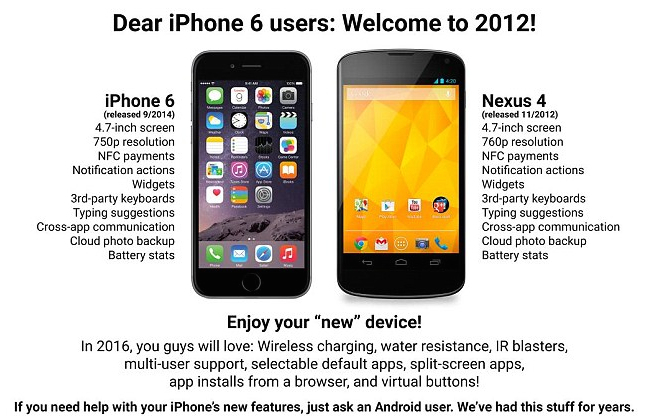 Watch funny for each of the categories. For example, Android users usually tend to prove that iPhone is not better than Android. While iPhone owners are absolutely sure that iPhone is the best of the available smartphones. The rule, again, not applicable to all but the most active “haters” every time this rule prove. If you don’t believe, to prove otherwise in the comments do not need to wait for the next presentation of Apple, which is rumored, must pass the twenty-first of October. And see for yourself. Then you can go back in the comments and write: “Yes, indeed so.”

With disgruntled owners of other Apple products, the situation is also very mixed. Even to dream is not necessary, all and so know: the main argument of the “haters” – “When Jobs was not like this”. Yes when Jobs do a lot of what was not, if the world finished their development on the Jobs, then… finish thinking. Nobody knows, what would you do now Steve. Much more analytical argument: “the Company is not a cake” – seriously?!

Of course, to quantitative or financial indicators in disputes almost never comes. Many, of course, able to compare the two figures for different fiscal quarters, but only a few people can draw the right conclusions, except that one digit more or less than another. It is not enough just to say that, for example, for the third quarter the company sold fewer iPhones than for the second. We need to understand the root cause.

By the way, the trend now is that where one can earn more not with “iron”, and with content that can be accessed with this hardware. However, except for Amazon, few moves in this direction, but sooner or later will understand everything. In other areas this approach is much more widespread. For example, Gillette held a rally in London: distributed free of charge to everyone on their new machines, only handle. Needless to say, many new customers then came to stores to buy blades for “free” machines. About Amazon and also comes, lowering the cost of your smartphone to one dollar, even with the contract.

Apple, however, is not threatened. Anyway, in the near future. Fans don’t just line up in huge queues around the Apple Store all over the world to buy new products for a few hundred dollars. Fans take places in line for many days before the official start of sales. And because not everyone took the seats to sell. Many really want to be the first lucky. Here it is: the brand loyalty, which grew into something more. Love or illness?

Got a little distracted. In the end, all disputes boil down to some points of features: megapixel from camera to CPU power. Again: funny. Do you think that among thirty-forty-fifty million who buy the new flagship (of any company) many of those who understand such numbers? Believe me, you (if you are one of those who understands) is very little. For everyone else there’s a simple rule: the more numbers, the better. More megapixels, more time, more processor power is good.

In General, for which it was written as letters. Please, let’s stop the stupid catersto based on facts about anything. Or let’s approach the matter seriously. Otherwise, for example: you bury a new iPhone until the official launch, and he once again breaks records as pre-orders for the first day, and quarterly sales. Believe me, for companies there is only one indicator that is measured in dollars. And if, for example, Apple sold three times more than Samsung has shipped, it means that iPhone is better despite the megapixels it can be less.

Steve Jobs such a text was not.