In a recent patent filings, Apple proposed the original design of the laptop-transformer: with a detachable cover that will be associated with the main module via the wireless interface to charge. Designer Ran Avni in his new concept and never could be such a device. 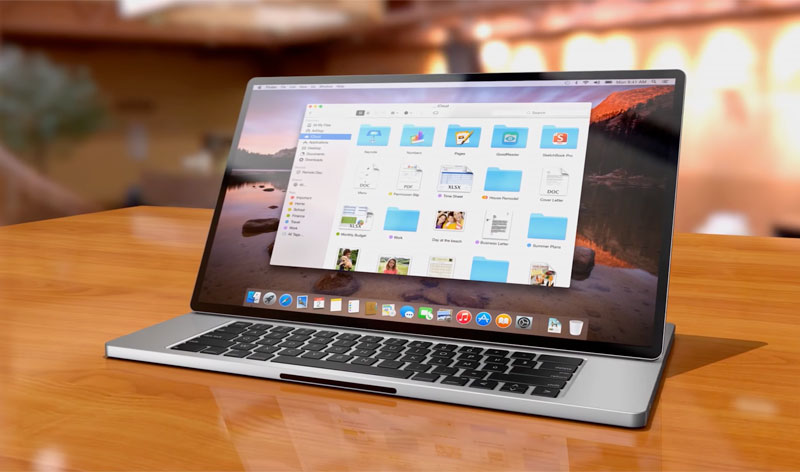 The concept of a device called Apple Book demonstrates a laptop with a touchscreen in the lid, mounted on a stand. Design feature is that the cover together with the display can be detached from the case and used individually in the form of a tablet.

At the same time between the main body of the transformer and the display will remain wireless communication through which the screen can enter various information. The communication can be realized through various technologies, including Wi-Fi and Bluetooth. 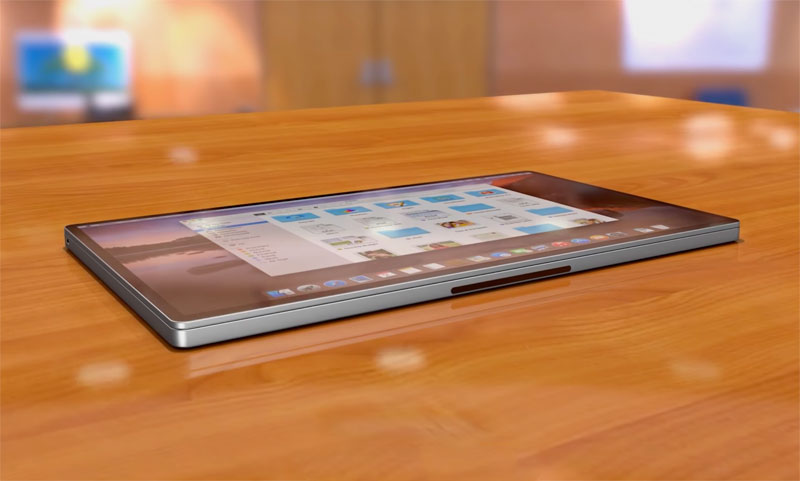 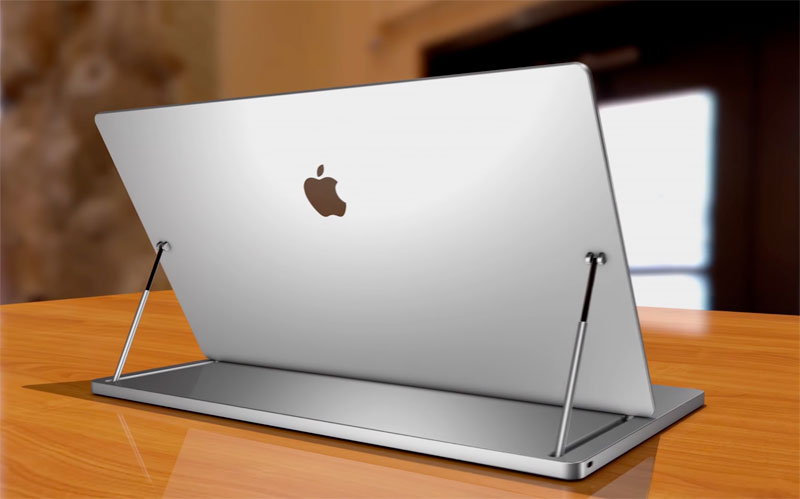 To allow the user to operate with a display separate from the main module, it is proposed to equip the built-in batteries.

Feature of Apple Book lies in the fact that the display when disconnecting can run on iOS operating system, while being completely Autonomous, thanks to the use of wireless communication and recharging. When connected to the keyboard device runs on macOS.

It is noteworthy that at the time, Apple CEO Tim cook rejected the idea of combining laptop and tablet. “Merge can be anything, you can even create a hybrid of a toaster and refrigerator, but such a device is unlikely to bring user satisfaction.” The CEO made clear that individually, you can create more convenient products than to strive to unite them, resorting to compromises.

It is likely that Apple will never release a device like the Apple Book. However, the presence of the patent application says that the convertible PC is one of the work areas of designers.