In the Network appeared the video showing the construction of a new headquarters of Apple in Cupertino (California, USA). Aerovideos, professional drone filmed, posted on YouTube blogger Matthew Roberts. 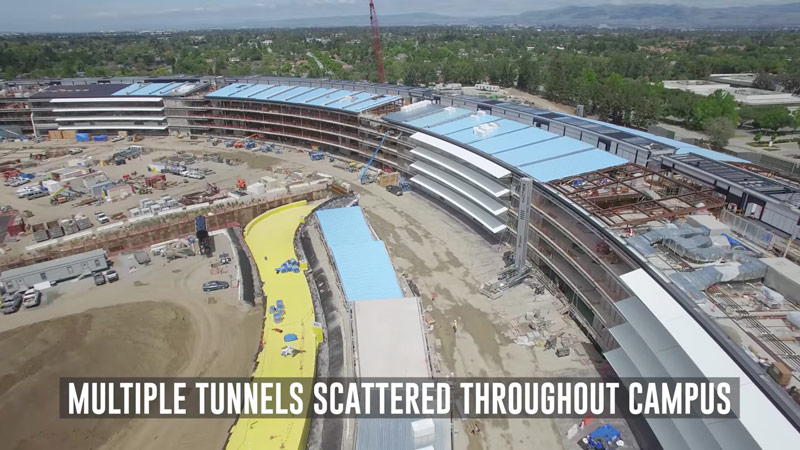 As can be seen in the footage, the main building of the complex, resembling a “flying saucer”, is already taking its shape. Actively built walls. In addition, the “grow” up and objects-satellites, the communications. The video close-up of the building, which will host research and development work, sports center, underground audience, tunnels and other facilities.

“Apple for a few months made significant progress in infrastructure construction”, – commented on the site the author of the video. 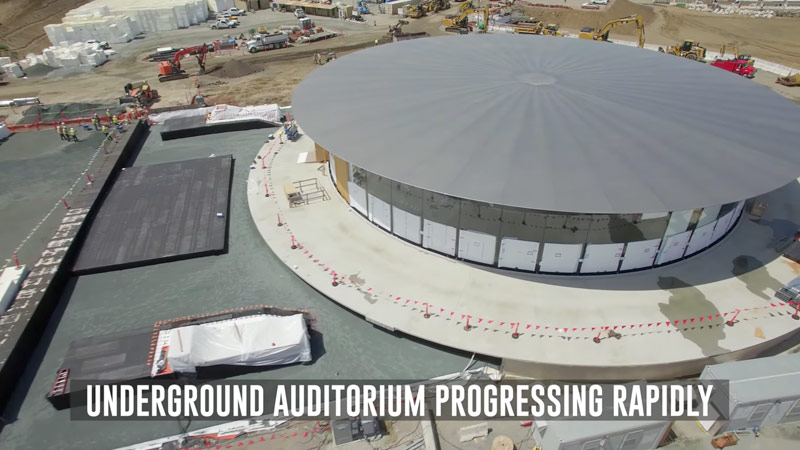 Apple campus includes the main office building, auditorium, fitness center, research labs and even the historical construction of “the barn”, which the company will retain at the request of the municipal authorities Cupertino. The whole area will be landscaped with trees. At the moment solar farm completed by 25%.

Under the project, the new headquarters will occupy an area of 260,000 square meters and will accommodate about 13,000 Apple employees. The construction of the campus in the form of a ring began in 2014 after October 15, 2013 the city Council of Cupertino completed a six-hour debate and unanimously approved the investment plans of Apple. The total project cost is estimated at $6 billion.

The original video is available for viewing, including in 4K resolution.