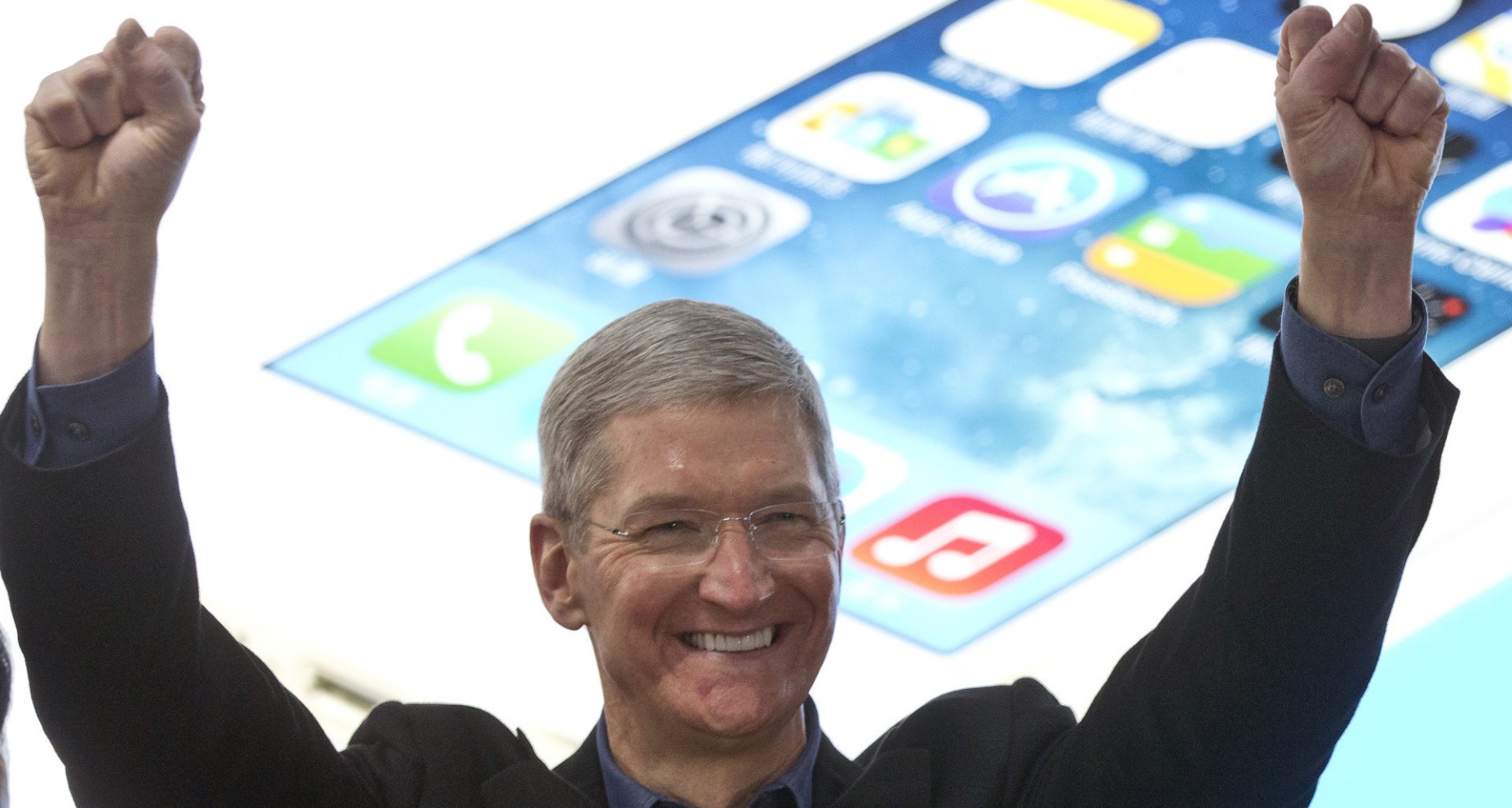 The prices for Apple products for over a year cause the consumers a feeling of dissonance and the desire to pay attention to something, albeit less functional, but certainly available. Realizing a lot of responsibility for what is happening in the smartphone market, the retail network of MTS is hastened to reduce the cost of iPhone 6s to mind relatively comfortable limits. In the Apple online store prices, meanwhile, remain at the same level.

In order to verify the honesty of the intentions of Mobile TeleSystems, just look on their web site where you with no additional conditions will be able to purchase the coveted smartphone for 49 990 rubles. For comparison, the official value of the 16-Gigabyte model iPhone 6s starts from 56 990 rubles. Closest to MTS the price tag on the current flagship from Apple offers “Euroset”, which will charge you 51 990 rubles. In “the Messenger”, the gadget is of 1 000 rubles more. 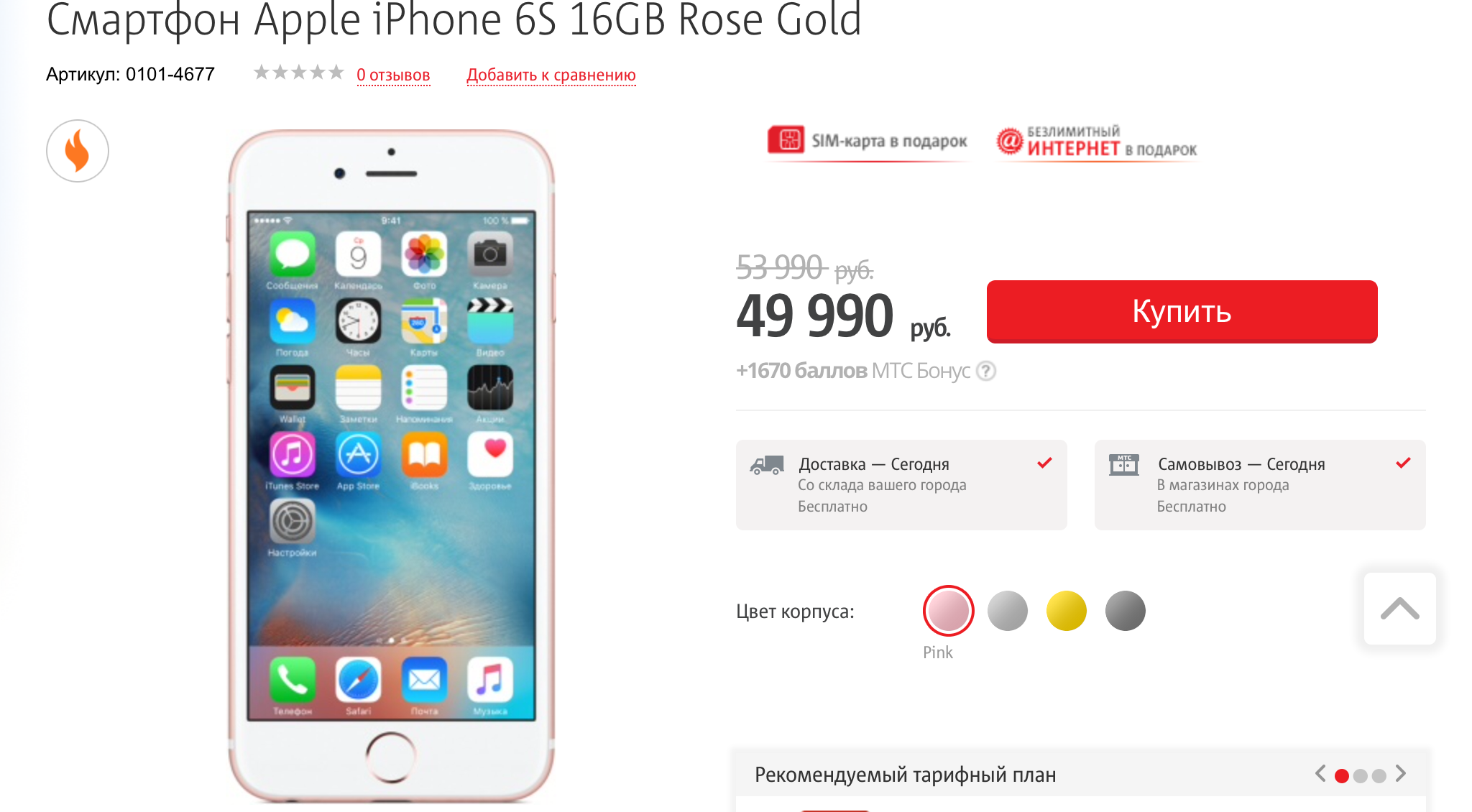 As for the pricing on the rest of Apple equipment, including a still popular among Russian consumers iPad lineup, their prices also declined. For example, the 12.9-inch iPad Pro will cost you slightly cheaper than before. “Only” 57 990 rubles in the shops of “Svyaznoy” and MTS, which is 5 000 more expensive than the 9.7-inch model. The cost of the latter has not yet been corrected. 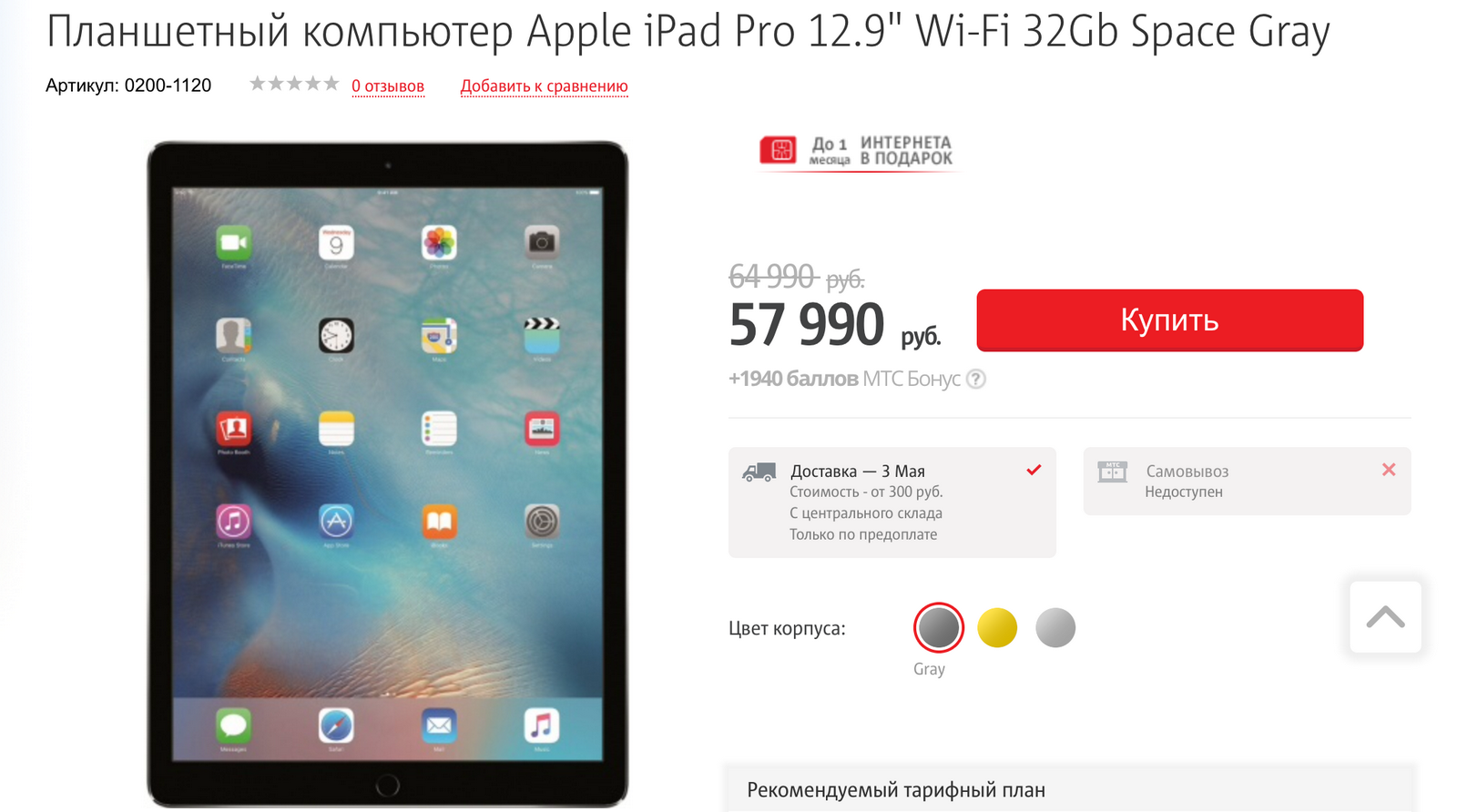 According to our sources among retailers, the reduction of official prices for Apple products seems quite logical on the background of strengthening of positions of rouble. Currently, the currency conversion when detecting the optimal value of “Apple” of the goods occurs at the rate of 75 rubles per 1 US dollar. It is expected that soon these figures will be reduced to 65 to 1.