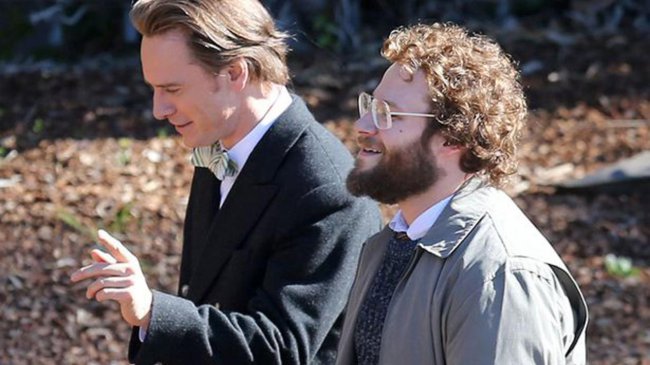 The film “Steve jobs”, whose premiere in U.S. is scheduled for tomorrow, not a full adaptation of the book by Walter Isaacson. The filmmakers explicitly stated that the picture is not devoid of fiction and primarily designed to entertain the viewer. However, regardless of the purpose of the film, the current head of Apple spoke very negatively about. The film’s Director Danny Boyle is afraid that because of these attacks by the management company, the film may fail.

“Such a powerful Corporation, like Apple, has the sufficient power to compete even with the forces of the state. What can we say about the film! If Tim cook thinks that we are trying to cash in on jobs ‘ behalf, it means that the majority of potential viewers will accept his point of view. Ultimately, this will have a negative impact on the success of the tape” — said Boyle in an interview with The Hollywood Reporter.

Aaron Sorkin has previously suggested that a negative attitude towards the film can be caused by insufficient awareness. He suggested that Tim cook and the widow of Steve Lauren Powell to refrain from conclusions before viewing the pictures.

After the statement concerns the film-makers remembered how he had planned the shooting in San Francisco, which could not take place at all.

Back to the subject of the covert conflict Tim cook and Danny Boyle. It may seem that expressing publicly their concerns about the fate of the film, its creators seemed to prepare the audience to mediocre and boring plot. Even with the support of Wozniak, writer and Director are afraid that the painting will not be successful and will receive a negative feedback. To learn, like it or not, we can only on 1 January 2016.