The designer showed a concept iPhone of the future

Designer from Designing DBS introduced, might look like the future iPhone based on the latest rumors, reports Cult Of Mac. Spoiler: little change. 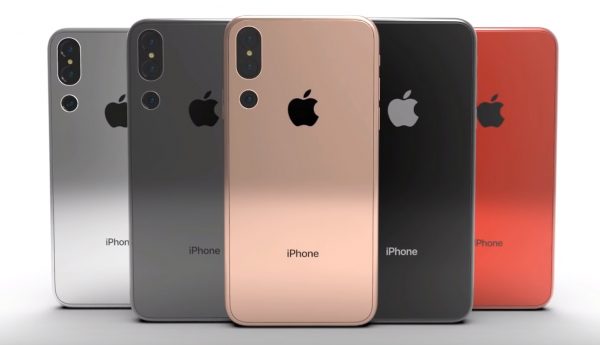 The main change, which is reflected in the concept of the triple camera. According to rumors, in 2018 the main the camera will get an additional module. It will achieve a five-fold optical zoom shots. According to the designer, the camera should not protrude from the body.

Nowhere did the cutout for the sensors Face ID. Although some insiders said that in the next generation iPhone, the company will refuse such location of the sensors and dynamics. They argued that a possible decline in sales, but as shown by the latest financial report of Apple iPhone X is the best-selling smartphone in the world.

The designer suggests that this year Apple will introduce the iPhone in five colors: silver, gray, red, gold and black. iPhone X available in black and white colors. It is known that Apple is preparing a gold version, but did not manage to agree on all changes.

The video shows only the successor of the iPhone X. According to rumors, Apple is preparing another big smartphone with a 6.5-inch screen and a cheaper model, which may not be 3D Touch.

Follow the news of the Apple in our Telegram channel (if you can bypass the lock), as well as in the app on iOS MacDigger.