The young designer David Chapman, inspired by the appearance of the Samsung Galaxy S8, created the concept of the new Apple smartphone. IPhone Pro have borrowed some of the characteristic elements of the design of the current iPhone 7 Plus and the South Korean flagship. For this reason, the curved display can not be called fresh solution. 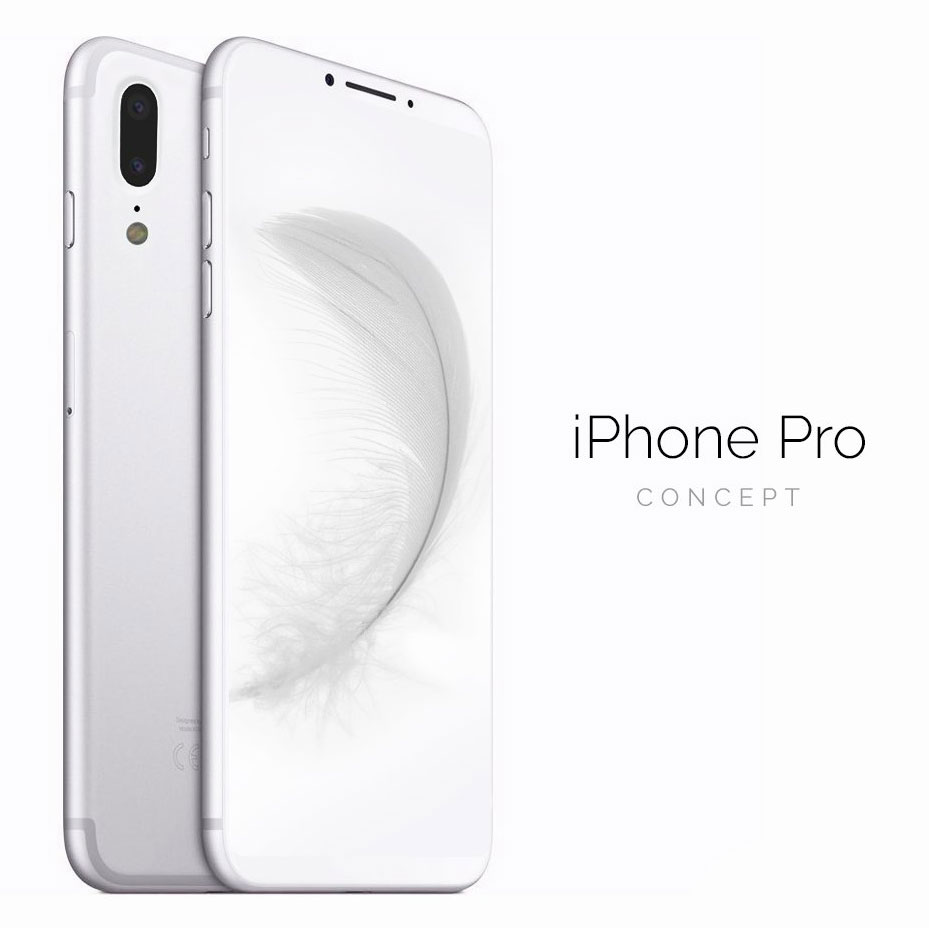 Image iPhone Pro published on the website of the designer on Twitter. Based on the design of the iPhone 7 Plus, but the greatest interest here is causing a display that extends over the entire front panel of the smartphone and includes a built-in fingerprint scanner. This is the fundamental difference from the iPhone 7 Plus. On the reverse side iPhone Pro copies the look of the 5.5-inch flagship with the exception of the vertically positioned camera. 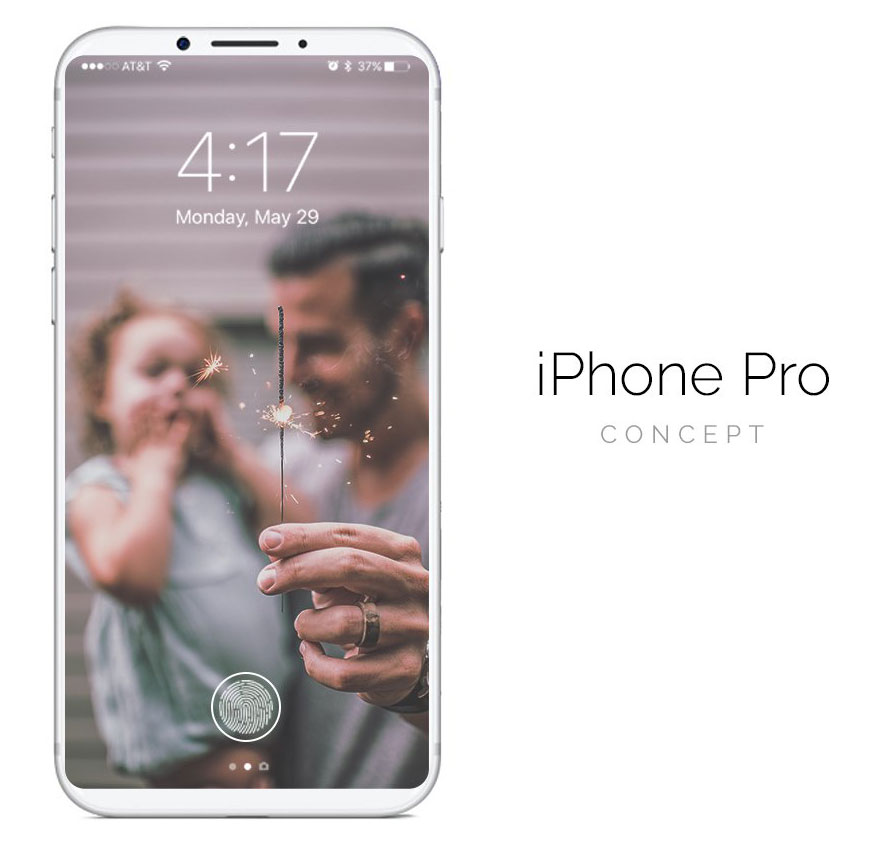 iPhone Pro boasts a huge 5.8-inch display 2K, processor, Apple A11, 4GB of RAM and a battery of 3500 mAh. On the front panel of the smartphone has an earpiece, front camera and proximity sensor. Offered several colors of the body. 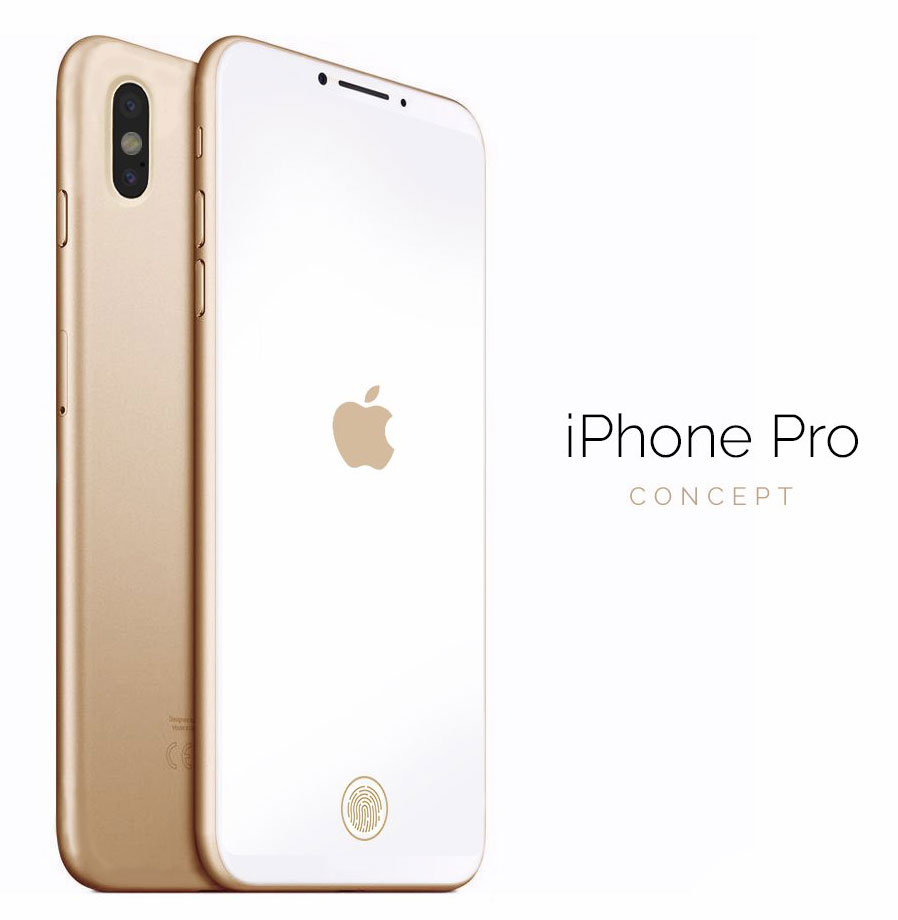 The value of the concept, according to the artist, is that it allows you to look at the current iPhone 7 Plus without the thick frame around the screen. It is expected that Apple will get rid of them in the next generation of smartphones.