The exposure of sapphire glass in the iPhone 7 [video]

In September, YouTube released a sensational video in which the authors of the project jerryrigeverything once studied the new smartphone iPhone 7. Using instruments calibrated according to the Mohs scale of hardness, they tried to put marks on screen, Home button and camera lens. 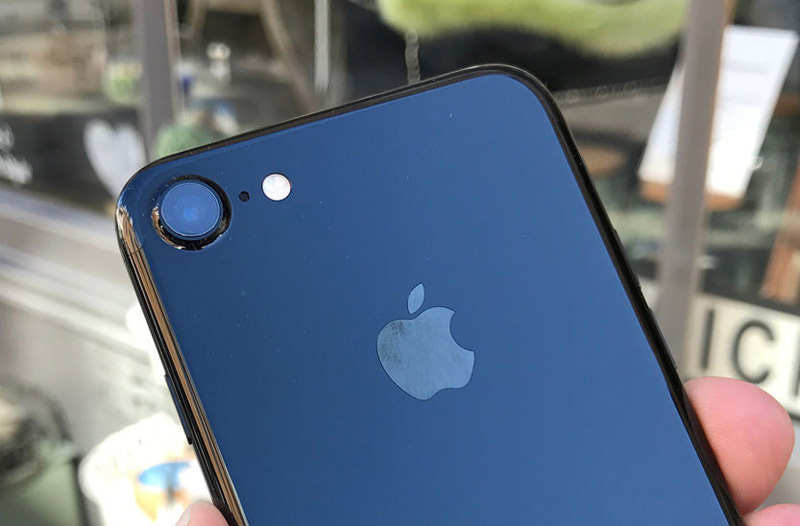 It turned out that the screen of iPhone 7 is not scratched up to level 6, which corresponds to the average in the industry. When enthusiasts repeated the experiment with the Home button, it turned out that her strength is not any higher than the display glass. Another unpleasant discovery was that the protective glass camera iPhone 7, “is also not sapphire”: after a series of tests it remained visible marks.

Vice President of worldwide product marketing Apple Phil Schiller in response the users have said that such allegations are untrue. “That’s not true. The camera lens and the top of the Home button are both covered with sapphire,” – said a top Manager. 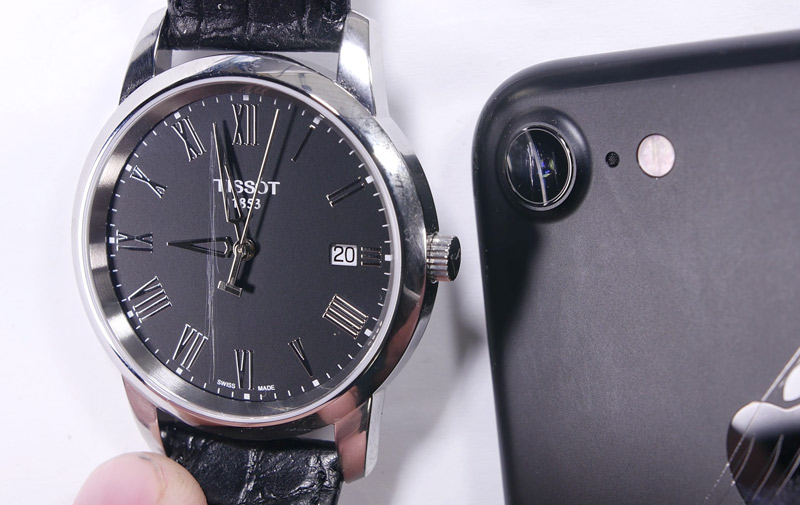 In the project jerryrigeverything once decided to repeat the experiment, but to compare the strength of the glass iPhone 7 and Tissot Swiss watches. Using the same tools they tried to leave the marks on both items. The experiment showed that the crystal does not scratch up to level 8 on the Mohs scale of hardness, which corresponds to the indices of sapphire, but the camera glass the iPhone 7 is still a factor of 6. 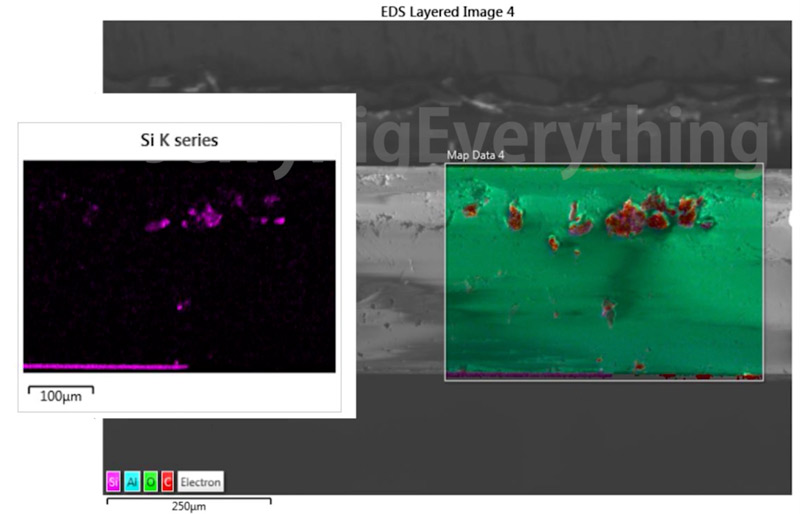 The researchers decided to analyze the components Apple to see how faithful to the claims of Schiller. They checked the glass covering the iPhone camera 7 through detector diamonds. Its principle of operation is based on measurement of thermal conductivity and differences between the sapphire and its imitations. Electronic tester showed the presence of sapphire in the iPhone 7. But only from the outside, from the inside, judging by the readings, its performance was consistent with normal glass.

Jerryrigeverything once suggested that the glass of the iPhone 7 more soft, since the sapphire from Apple is only a coating. In favor of this assumption, said one of the patent applications of the company in which the described method of creating glass with sapphire coating. This solution is cheaper than using a conventional sapphire. 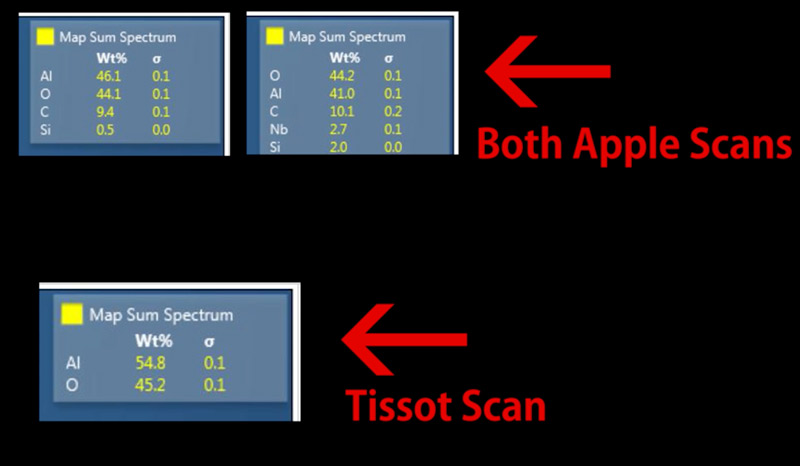 The researcher went to the University, where he studied the glass of the iPhone camera using the XRF analyzer. In the upper layer was found the presence of aluminum oxide, that allowed us to talk about what is sapphire. But on the reverse side of this material it was not, but was discovered silicon, which is one component of ordinary glass.

Everything in the analysis using the electron microscope. It was not so, as I thought enthusiast: the outer layer of sapphire glass on the contrary appeared thicker, whereas on the inner surface of the Apple added a thin layer of glass. Apparently, to improve the optical properties of the lens.

However, this discovery gave the answer to the question of why the glass in the iPhone 7 scratched easier than a Swiss watch.

The study showed that Apple uses in the iPhone is not pure sapphire glass. It consists of carbon, silicon and some other elements. Of these impurities was not from Tissot. That is why the latter have an efficiency factor of 8, and the camera glass scratched iPhone 7 already on level 6.

“The big question is, how impure can be sapphire, so that it can be called a sapphire”, – commented the results of the study jerryrigeverything once. – What lenses iPhone scratched before the glass on the clock does not mean that they are not scratch resistant. They’re just not as sturdy as we thought”, he concluded.