American K-9 unit, which trains dogs for the police and the FBI have prepared a few animals to search for smartphones, microSD cards and hard drives. About this history told CNET. 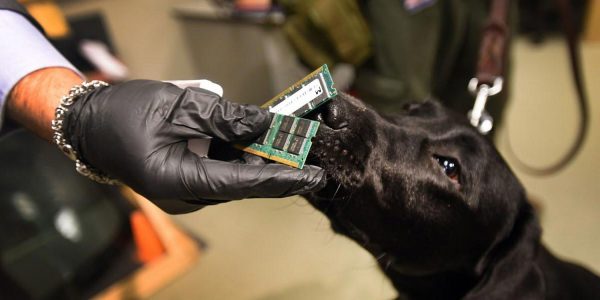 Training dogs was made possible after scientists discovered a common element in all electronic devices.

Chemist Jack Hubball ordered SD cards, flash drives and hard drives from different manufacturers. He found that all the devices use a chemical compound called triphenylphosphine oxide. Then I took the time to train dogs.

As CNET reports, only one of 50 dogs can search an electronic device. This is because to detect the chemical in the appliance is much harder than it is to sniff out weapons and drugs.

Immediately after the training program has produced good results. The most famous case occurred in 2015, when the Labrador Bear found a hidden flash drive with child pornography in the house of the former press Secretary of the network of Subway restaurants Jared Fogle.