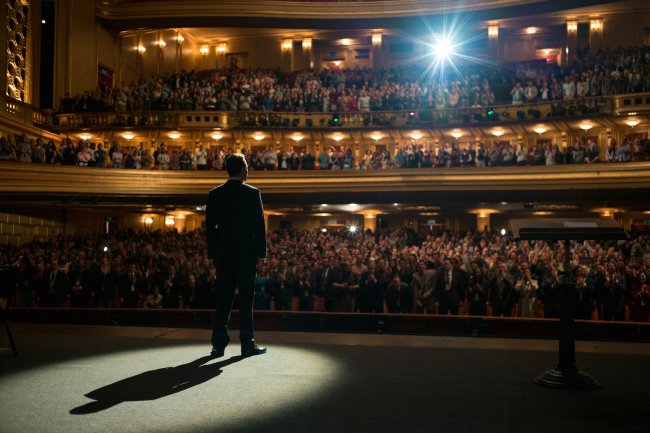 Today, thanks to the invitation of Universal studios, I was lucky enough to be one of the first in Russia the audience of the film “Steve jobs”. Trying to piece together all the thoughts and emotions that are left after watching, I will try on the skin of the critics and share their thoughts on why the picture failed at the American box office and why she should go. If biography of Steve jobs you know, a spoiler alert is unlikely to be relevant.

Director Danny Boyle insists that “Steve jobs” this is not a biopic, but rather quickly becomes clear why. Western media have published a variety of materials, which lists inaccuracies in Aaron Sorkin adaptation of the book by Walter Isaacson under the script of the film. However, if you peer carefully, it becomes obvious that the writer did not set a goal to make yet another biography of the great innovator and gradually trace its victories and failures. 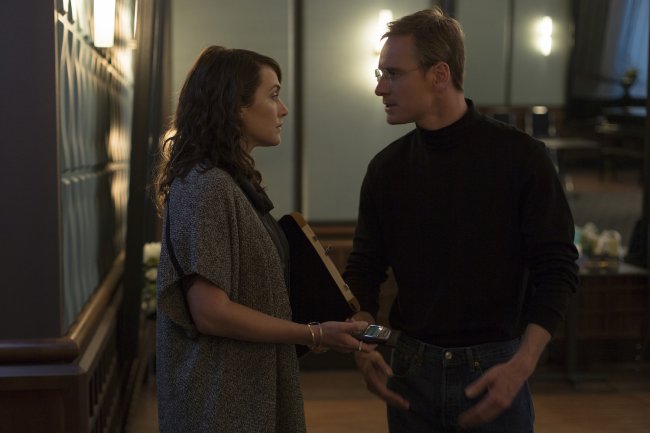 By contrast, Sorkin wanted to turn the life of Steve jobs in a lush drama, the emotional intensity is almost comparable with Shakespearean plots. The story and characters as the twigs catch the flame, which is doomed to turn into a real fire. In the distant seventies, in her dad’s garage, jobs began to twist the technological carousel, rotation of which through several years has reached such a speed that the carousel was thrown off of Steve. And to best introduce the audience to this spectacle, you can sacrifice a lot. Daughter Lisa never attended presentations Apple? Whatever, she needs to be behind the scenes, to recall jobs about the main failure of his life. The marketing team of Macintosh Joanna Hoffman in real life is not fulfilled for jobs the role of a private psychologist and the older sister? But the plot was just needed that voice of reason and conscience that accompanies jobs the entire film and to which it hardly listens. And so on and so forth.

For this reason, after you leave the room, you will not have a trace of bewilderment about the otherness of Michael Fassbender on the founder of Apple. Of course, in Hollywood you could find another award-winning actor, who is much more like Steve. But there is no doubt that this is just another piece of the puzzle Sorkin and Boyle, who did not want to create the biopic.

If you look at the whole job, it looks like the story of the man who first ruined, and then fixed, so that all of humanity did not seem enough. It is no coincidence that for the sets of events were selected as the scenes of three landmark presentations — Macintosh, NeXT, iMac. The first two products did not bring the success of jobs in a career plan: after the launch of “Poppy” he was ousted from his own company, and the excellent cube NeXT not interested in anyone but aesthetes from design. And only the third episode has brought into his life a success, and in the film — a long-awaited catharsis and a happy ending. In this context, the history of relations with the daughter, whom Steve recognizes her at the last minute, fits in the General outline and enhances the intended effect. 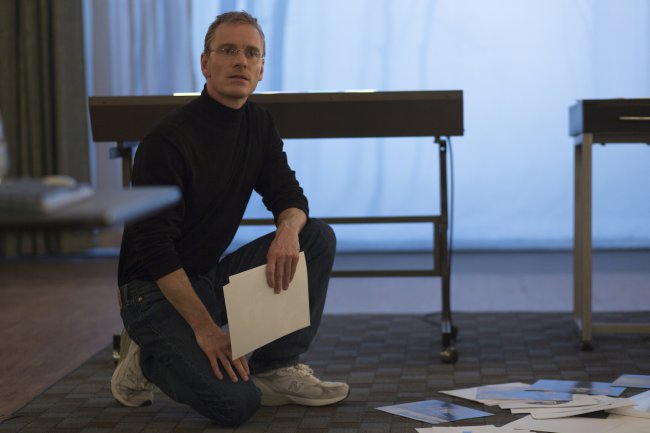 If I was given the opportunity to give a name to this film, not looking at the marketing situation, I would call it “Fix it” (Fix it). This phrase says Steve, when Andy Herzfeld 40 minutes prior to the presentation of the Macintosh declares that the idea of a computer, cheering spectators, cannot be realized. This same phrase repeatedly Hoffman, looking at the suffering Chrisann and Lisa Brennan, which makes a millionaire jobs to live on welfare. If you do not read the official biography and not know the real facts from the film may give the impression that the reunification with her daughter jobs should be obliged to further success in work: too much personal failures intertwined with defeats in business. But as mentioned above, the storyline with Lisa rather is another important instrument in the orchestra performing this emotional Symphony. The man fixed his life and corrected the situation in the company, which clearly has not gone unnoticed to the world.

Speaking about the artistic merits of the picture, not to mention a brilliant game by Michael Fassbender, Kate Winslet, Seth Rogen, Jeff Daniels and the other members of the cast. Will “Steve jobs” Academy award as best picture, I’m not sure, but here’s an Oscar statuette for adapted screenplay Sorkin will most likely get it. As for the inevitable comparison with the previous kinoistoriya about the founder of Apple, we will briefly talk about what makes Boyle’s unique. Unlike “Empire of temptation”, a new film devoid of pathos and saccharine looks like a more thoughtful, Mature and strong. If you compare this with the “Pirates of Silicon valley”, the “Steve Jobs” you will not see the ease and nonchalance of the narrative with factual accuracy of the plot. It’s a completely different film, and this circumstance, as the presence of the illustrious and serious names in the credits, makes it a must-see. Traditional multiplex audience accustomed to the film adaptations of comic books and computer games, it is unlikely to appreciate. “Steve jobs” is a work for adults, which impose a psychologically multi-layered paintings, and, of course, fans of Apple.

Now the fun part. The official premiere in Russia will take place on 1 January 2016, but if you live in Moscow or you have the opportunity to visit the capital, at the end of the month you will have the chance before the others and completely free access to the exclusive screening of the film “Steve jobs”. Very soon we will give the details, so watch the website!