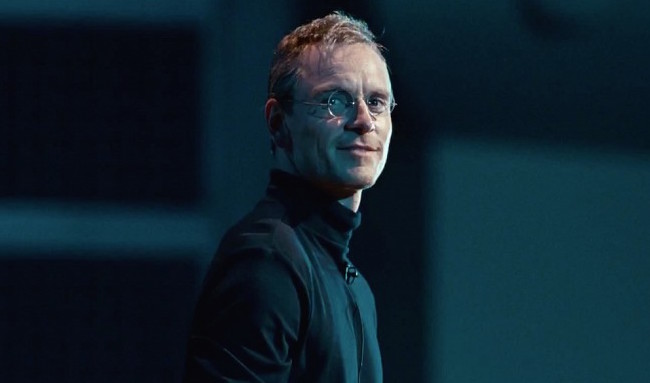 Although the world premiere of Danny Boyle’s “Steve jobs” is scheduled for 3 October this year over the weekend a few lucky people have been able to see the picture at the Telluride film festival in Colorado. Of course, they could not share their experiences, and it is worth noting that the reviews were very enthusiastic.

In a review of the publication Deadline marked brilliant acting, impressive directorial work, quality installation and a delightful script by Aaron Sorkin, who received the Academy award for the film “the Social network” about Facebook Creator mark Zuckerberg. Actually, the authors of the review noted that the film about Jobs produces a much more powerful impression than the story contained in “the Social network”.

Deadline was also able to talk with Steve Wozniak, who also saw the film and was ecstatic that happens to him very rarely. Recall that in the film who takes the role of star of the acclaimed film “the Interview” Seth Rogen.

“I saw the rough cut, and I had the feeling that I look at Steve jobs and the rest of her colleagues, not the actors who play them, said the Who. — I want to pay tribute to Danny Boyle and Aaron Sorkin for the fact that they are all properly and accurately showed”

Journalists from publications such as Variety, too, saw the film and structure compared with the masterpiece of Stanley Kubrick’s “2001: a Space Odyssey”. Like the work of Kubrick, is divided into three time period (prehistoric times, 2001 and the distant future), Boyle’s film also considers three important segments from the life of Steve jobs. In its three acts with simulated real-time shows the process of preparation for the major presentations Steve: the Macintosh in 1984, NeXT in 1988, and the iMac in 1998. And directing such a move has caused the authors of the memory of the recent work of Alejandro gonzález iñárritu “Birdman”.

In other words, be ready that we are going to derive much pleasure from watching this movie that clearly promises to be something far more interesting than the fake designer products Lenovo Ashton Kutcher. The official Russian premiere of the film “Steve jobs” is scheduled for October 12.