After the iPhone 5s a few years ago, manufacturers of mobile devices began to actively introduce fingerprint sensors in smartphones and tablets. They are trying somehow to distinguish your solution from the competition. 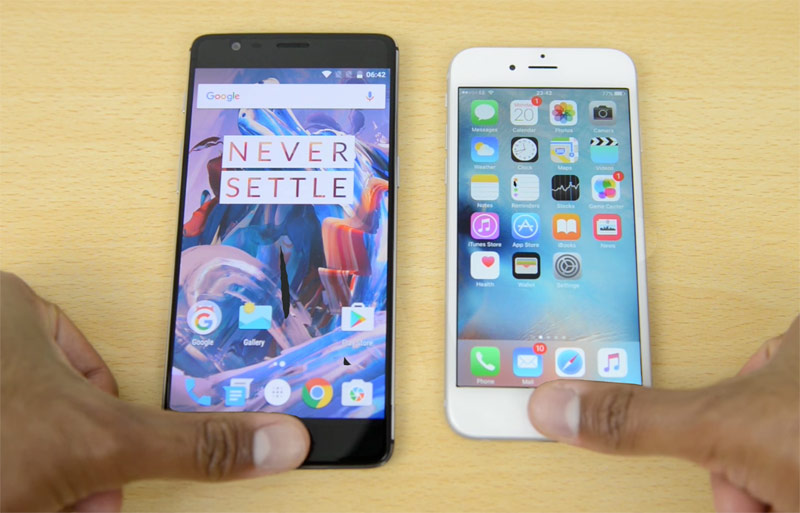 About the characteristics of “killer” flagships OnePlus 3 much is known: 5,5-inch display Optic AMOLED, 16-megapixel camera, Snapdragon 820 processor, 6GB of RAM and a battery of 3000 mAh. One point which did not mention the manufacturer – quick fingerprint scanner that works in just 0.1 s.

A YouTube user with the nickname SuperSafTV posted a video which compared the speed unlock 3 OnePlus and the iPhone 6s when using biometric modules these mobile devices. Eventually, the Chinese proved to be faster than the enemy, though the difference was not so great. The iPhone 6s, note, applies biometric Touch ID module by the second generation.

The advantage of using fingerprint scanners is that to circumvent this protection is almost impossible, and hence user data are safe. On the other hand, if the unlocking process will be for a long time, it leads to inconvenience, especially when the gadget you need to use here and now.

Note that OnePlus 3 will be sold in Russia officially through distributors and DNS Techopoint. Support for the latest confirmed one of the users that the device will go on sale in late June. On the OnePlus website when you select a country, Russia has shown the possibility of ordering a smartphone from listed retailers.