On Friday the iPhone 7 and iPhone 7 Plus officially started to sell in Russia. Since night at the door of the main Department store of Moscow and of Russia began to assemble a wish first to buy the phone from Apple. 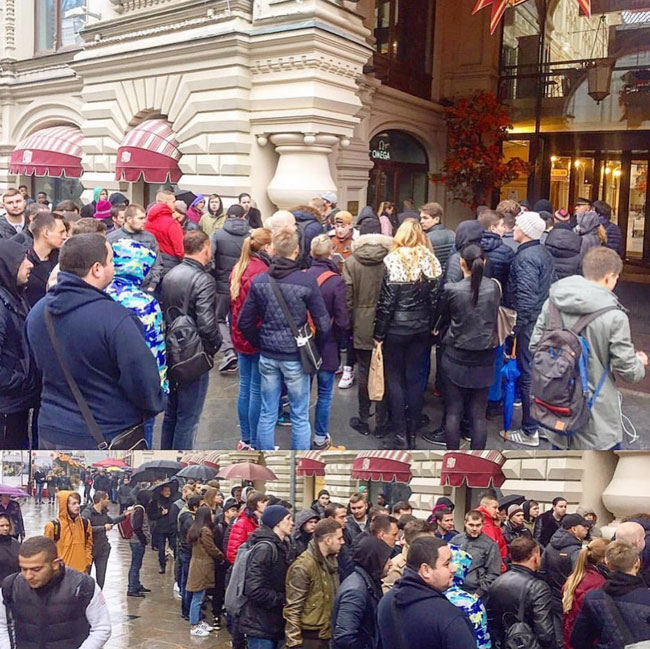 At 8 am, two hours before the start of sales, in the queue of about 300 people. As told by the buyers, at first they were a list, but then the staff of the Gum gave them special paper bracelets. First in line was 18-year-old Muscovite named Stepan. Young man 7 for iPhone stood at the shop door all night.

In an interview with Life the first buyer of Apple products in Russia told why he iPhone 7.

M. A.: so Much money given, and even were standing all night to be the first.

S.: not given, still waiting.

M. A.: Stephen, turn around, go away. You for 100 thousand, this room can be resold to someone.

S.: Working for a long time.

M. A.: And what functions will you use?

M. SHAHNAZAROV: Stepan, rather than the iPhone like, seriously?

M. A.: Thank You. With us was Stephen, the first number in the queue for the iPhone 7 in Moscow. 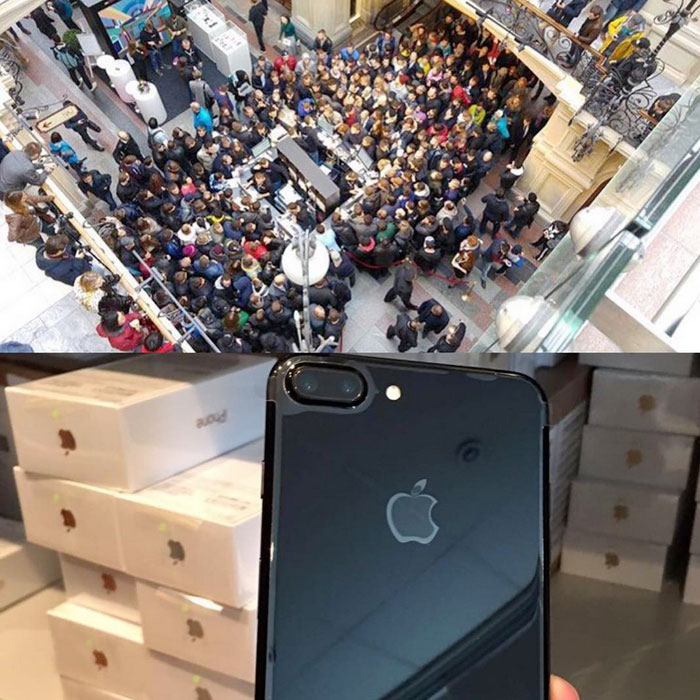 Now when you order iPhone 7 via Apple’s online store, the delivery time most models is 2-3 weeks, the iPhone 7 Plus in the color “black onyx” will have to wait until November.