Super Mario Run ahead of the rising popularity of Pokemon Go. Last for the first day of release have downloaded 900 000 users, while Super Mario Run this figure is even more impressive – 15 Dec it was installed more than 5 million times. To date, the total number of downloads of the game about the Italian plumber has exceeded 50 million 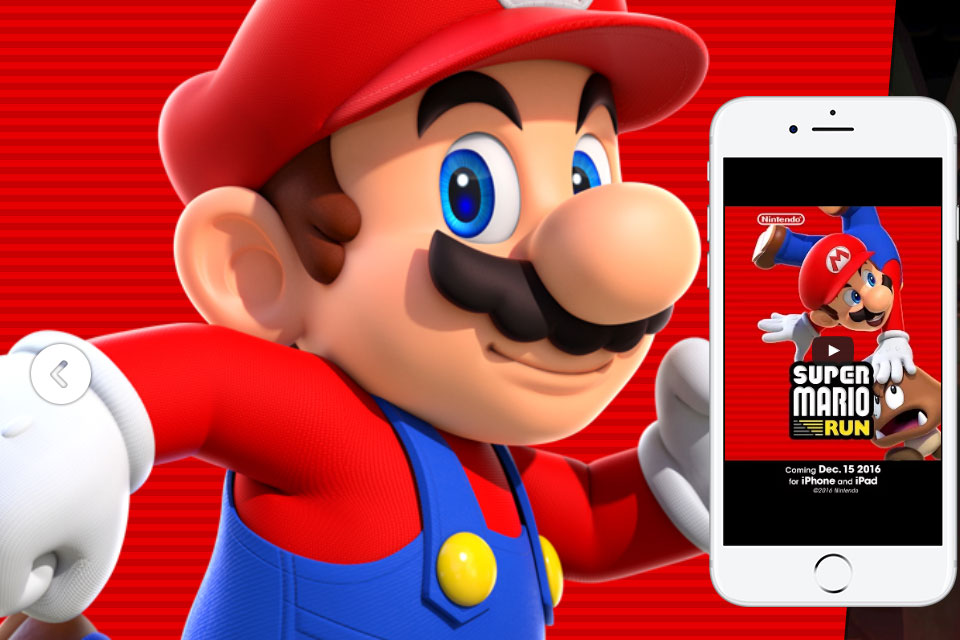 Such a runaway success Super Mario Run is a simple explanation. “Super Mario” is a classic game genre, the first version of the game appeared in 1983 for the slot machine, then it was ported to the game console of the time. And this is the first game Nintendo, version of which appeared for smartphones. As for the comparison with Pokemon Go, it is the first day – July 6 – was released in only three countries (Australia, New Zealand and the USA), and Super Mario Run – just 150, including Russia (where Pokemon Go, by the way, is still officially not available). In addition, for games in Pokemon Go need to move quite a lot in that time, toy with the plumber Mario in the main role does not require any sacrifice – you can play from the comfort of your sofa. Analysts predict that in 2017 the game will be another surge of interest – Nintendo will release its version for Android.

After three days in the barrel of a resounding success appeared first fly in the ointment. In the media the information appeared that a significant proportion of players runs the game no longer than 10 minutes. IT journalists and observers began to lean toward the theory that Super Mario for mobile is a bubble. And, possibly, a headache for investors of the company. As arguments to this version is the price. Was promotionals the game as a free app: in reality, only the demo can be downloaded for free, after some levels the player can buy the sequel for $ 10 (700 rubles for 24 levels, each user will spend about 6 minutes). Another (and quite compelling) argument – Super Mario Run you can’t play without the Internet — required connection to Wi-Fi (LTE, 3G) caused outrage among gamers. The Telegraph writes that Nintendo was hit by a wave of complaints from users who say Super Mario is that it eats up mobile traffic at 70 MB per hour.

In addition, Nintendo fans did not like that the mechanics of Super Mario is almost indistinguishable from similar games. Also, users often complain that the gameplay in the end, resembles a cross between Flappy bird and games already established the genre of runners. Mario is always running forward, the player occasionally clicks on the screen. This decision geymeram the old regime did not like. And coupled with the vertical orientation of the screen, it all looks very promising. However, thanks to aggressive advertising (in which much was involved, and Apple ) according to recent reports, the game was downloaded over 50 million times. 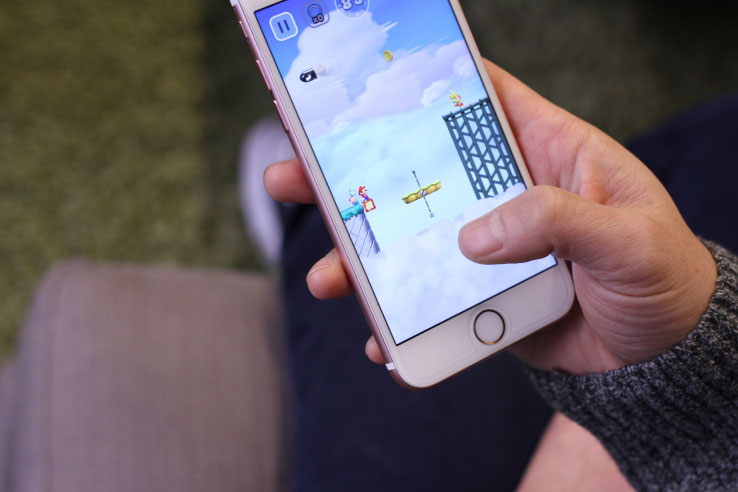 However, despite the staggering numbers of downloads and installations, Nintendo shares have become cheaper after the release of Super Mario Run for Apple mobile devices. For the first week the value of securities of Japanese companies fell on the Tokyo stock exchange about 14.5%, and the capitalization of Nintendo fell by nearly $3.5 billion. However, before that, when, at the September presentation, Apple had announced the impending launch of Super Mario iPhone, paper gaming company Nintendo has risen by almost 30%. So, in theory, investors Nintendo is still too early to get upset. Or not worry, especially if we consider the production of Super Mario for mobile phones — as the advertising campaign of the brand Nintendo.

In an interview with The Verge, legendary designer and Creator of Mario, Shigeru Miyamoto said that the mobile version of “Super Mario” a special role — to introduce the Nintendo game universe of people who have never played Mario. For the first time Nintendo did this with Pokemon Go: the key to expansion of Japanese corporations, was to raise the awareness of the characters (and the brand) a wider audience. And according to Miyamoto, they were all surprised by the impact that Pokemon Go made for users who are from the smartphone version went into console games pokemon. This despite the fact that the classical version of Pokemon “Sun” and “Moon” was released for mobile console Nintendo 3ds in November (4 months after launch mobile Pokemon Go), they were sold out in the US, record numbers, together with prefix (the production of which, according to rumors, promises to end in March 2017).

Simply put, Nintendo tries to convert mobile players to buyers of its gaming systems. The same strategy is prepared for Super Mario Run. And there are technical difficulties to play Mario on a smartphone is not very convenient, the app requires Internet connection and the like — should play into the hands of the Corporation: want a real Mario without online — buy console: old 3ds or a new Switch, which was announced a month after the announcement of Super Mario for iOS, and which, probably, next year will be the new flagship of Nintendo.