The first iPhone 7 vs iPhone: who wins? 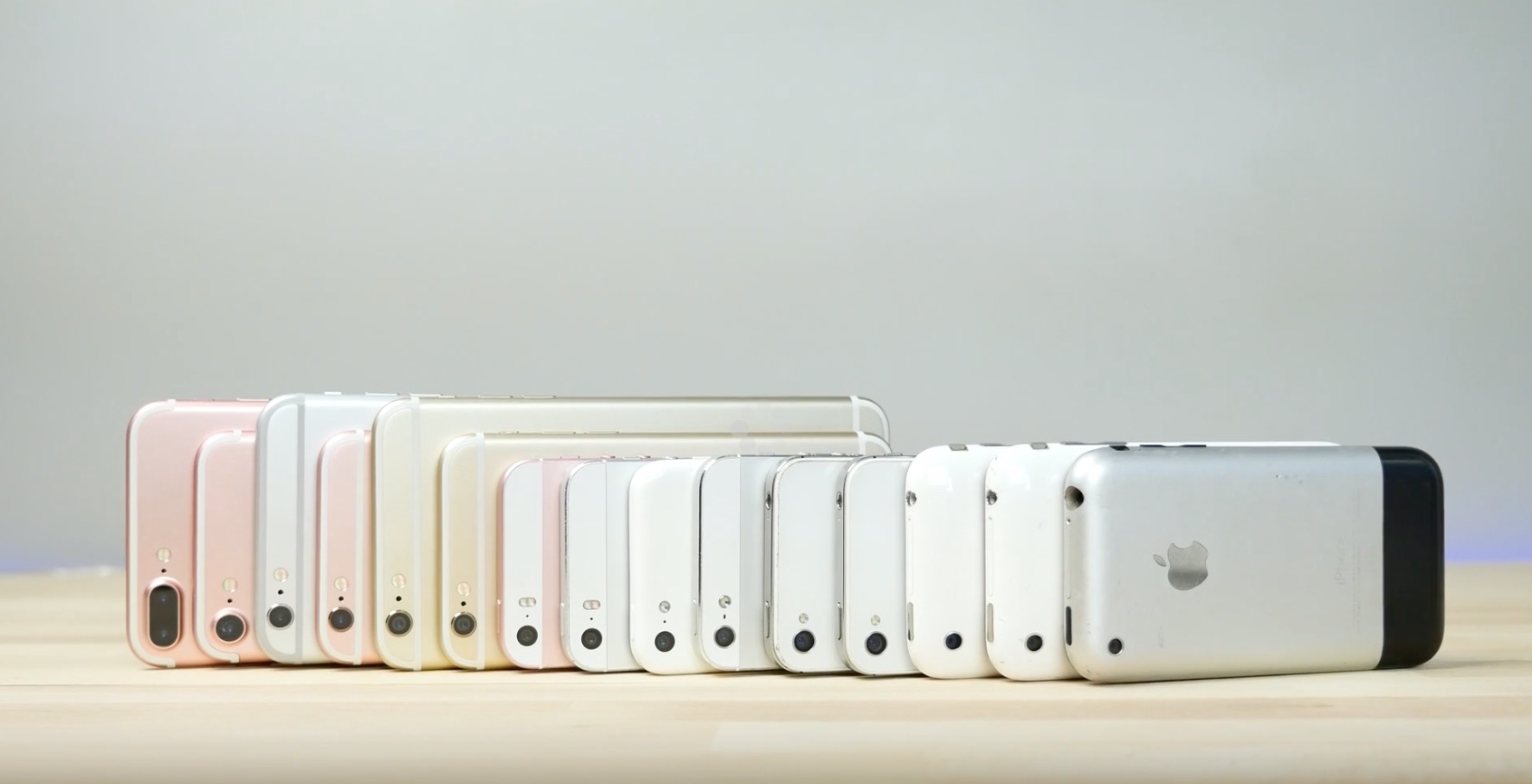 At the presentation of the iPhone 7 and iPhone 7 Plus Apple highlighted the superiority of the new smartphones over their predecessors in terms of performance. Numbers and charts are well and good, but what if you compare the speed of the device in combat? And not only with the 6s/6s Plus and all iPhone models released by Apple, including the very first.

This is what I decided to do the blogger EverythingApplePro, who got all 15 of Apple — from the original iPhone and ending with the iPhone 7 Plus. Of course, the speed of the latest iPhone went around the gadget, introduced in 2007: still “stuffing” they have better and newer operating system. But what was our surprise when in the very first test (speed enable) lost not the first iPhone and iPhone 4s with iOS 9.3.5!

In addition, with iPhone, there were other tests — in particular, by using tools AnTuTu (on those that support it) and Geekbench. Here it really is, Apple States: if you are in a kernel of the original iPhone is gaining 156 points, the iPhone 7 Plus — 3423 points. It is noteworthy that the performance of iPhone 7 were slightly better than for the models with a display of 5.5 inches.

But most of all surprised iPhone SE in the two cores showed 4118 points, and the iPhone 6s and iPhone 6s Plus — 4089 points 4130 points, respectively. This is a case when the size of the screen and outdated housing type does not play any value.

However, after these tests you need to make one more conclusion: not always installing the latest iOS version is iPhone good. Results iPhone 4s — another proof.