The first iPhone: the beginning of the legendary smartphone

10 years ago, January 9, 2007, visionary and the father of Apple’s Steve jobs held the most memorable presentation of my life. 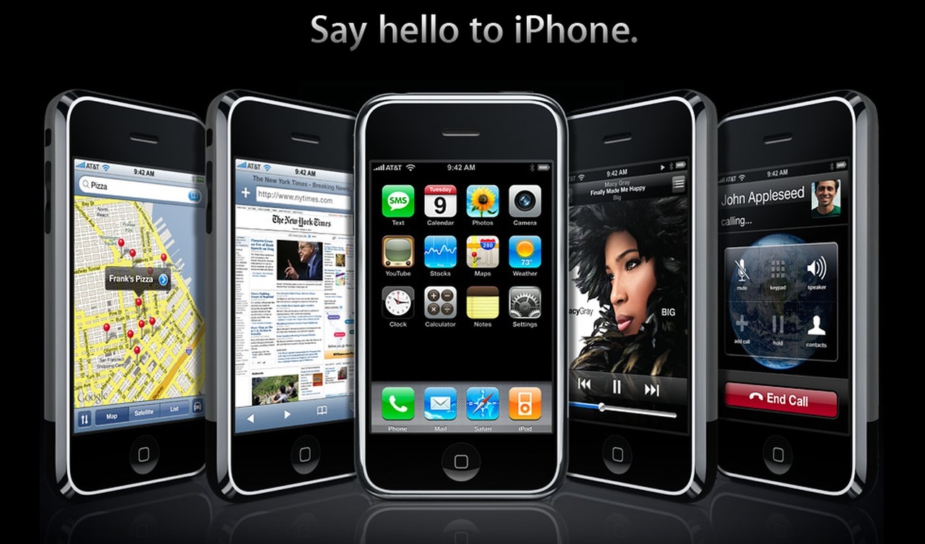 At the conference MacWorld in San Francisco, jobs showed the device, which revolutionized the world and turned Apple into the most expensive company in history.

Of course, we are talking about the iPhone. The rumors about him roamed the network for years, but in the day of the presentation Steve managed to surprise everyone. Design, functions, interface – every aspect of the phone surpassed the wildest expectations of people.

The presentation of the first iPhone

The first iPhone was far from devices that we see now. Tiny display with a diagonal of 3.5 inches. Weak processor. The 2 megapixel camera. The lack of support for third-party applications. Sync with iTunes.

Now it seems archaic, but 10 years ago nobody could have imagined device is better.

Today we introduce you to three new devices. The first is a widescreen iPod with touch controls. The second is a revolutionary mobile phone. The third is an innovative Internet Communicator. So, three devices. A widescreen iPod with touch controls, a revolutionary mobile phone and a innovative Internet device. iPod, phone, and Internet Communicator. iPod, phone … You understand what I mean? Not three separate devices – this is one gadget, and we call it … iPhone.

The iPhone was the first capacitive screen that allows you to interact with the system using only fingers, without any additional devices.

Stylus? But who needs a stylus? No one wants to use a stylus.

Then Steve said that the iPhone’s display works like magic. He responds to touch rather than any other touch screen that ignores accidental taps, and it supports multitouch gestures.

We have created the most innovative operating system, it is ahead of competing solutions for 5 years and runs on OS X.

According to jobs, other smartphones far behind in terms of technology and was uncomfortable. They were bound to the keyboard and did not have the adaptive interface. The iPhone does not have the physical keyboard, which allowed to create comfortable and independent interface for each application. Besides, the iPhone was a full web brother, in contrast to the restricted WAP browsers of competitors. 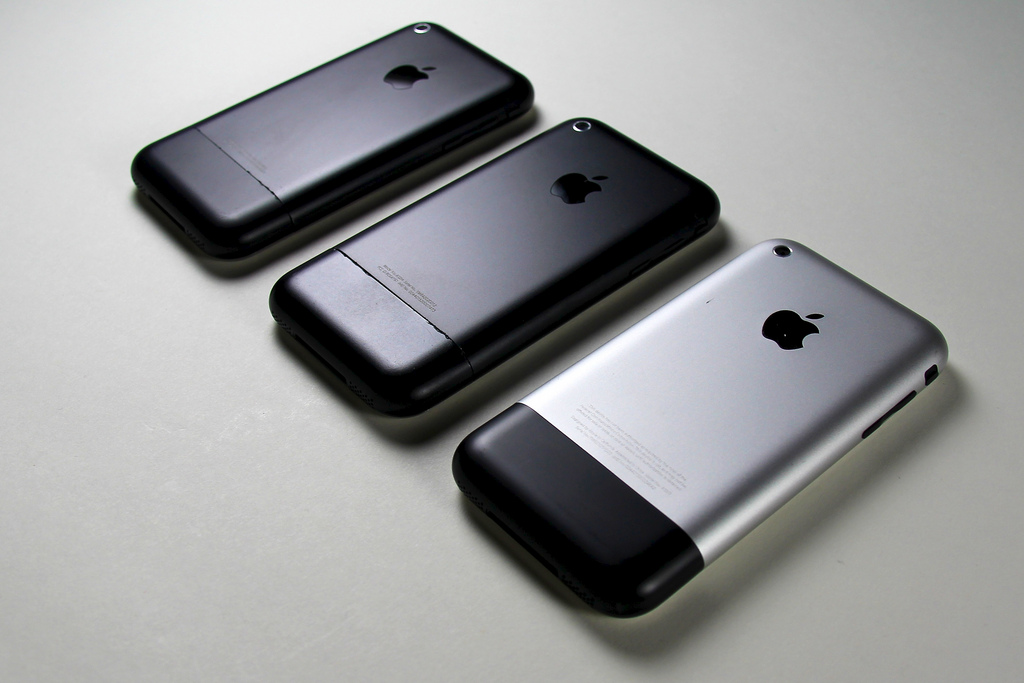 Capacity is not important

The first iPhone worked on ARM-based processor from Samsung. Inside was installed a battery of 1400 mAh, 128 MB of RAM and 4 or 8 GB of flash memory.

Modest performance, but much more important were other features of the smartphone. the iPhone was equipped with an accelerometer to the interface of the system unfolded, when you hold it in a horizontal position. The light sensor automatically change the display brightness, proximity sensor put the screen every time the phone is brought to ear.

And iPhone charged and synced with iTunes using the same 30-pin connector that was popularized through the iPod. 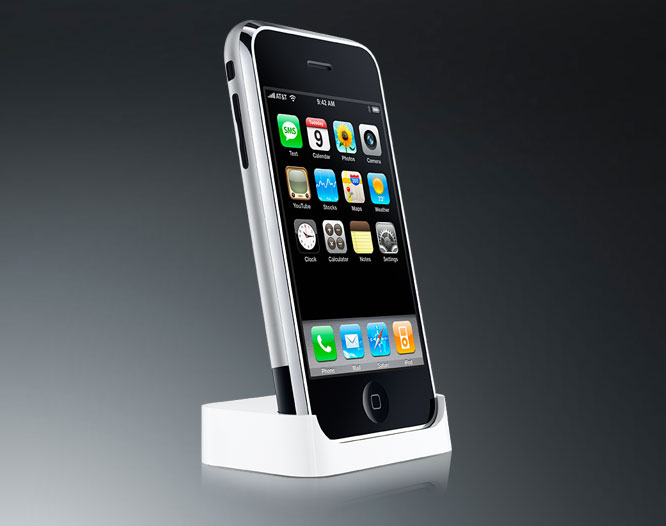 Beautiful, but too expensive

The first iPhone didn’t support CDMA networks, and it only worked in networks of U.S. operator AT&T.

It also was not the GPS module, support 3G. In addition to physical keyboard and stylus, Apple also abandoned the removable battery and SD card. At that time, the business segment reacted very violently, calling the iPhone “a toy”. Not pleased with them and the lack of a full file system. The first iPhone couldn’t even copy and paste text, to say nothing about the support of third party apps that were so necessary to the users.

All these shortcomings have not prevented the phone from becoming a cult. Moreover, most of them were fixed in the next version of the smartphone.

In the end, he changed the world

Steve jobs said to his team that the world will never be the same, and no one even could not imagine how right he was.

The first iPhone was sold in the amount of 6 million units for the first year. In the four countries.

Now Apple sells hundreds of millions of devices around the world. iPhone led to the emergence of iPad, Apple TV, Apple Watch, HomeKit, and HealthKit, CarPlay and AirPods. And according to new CEO, Tim cook, is just the beginning.

Importantly, hundreds of other manufacturers were inspired by the works of the Apple and began to create a similar device.

Tomorrow Apple will introduce the iPhone X. the Device to which the company has been going for ten years. A new revolution is coming, and Cupertino is again will make competitors envious. In addition to the new iPhone, Apple will show Apple TV with support for 4K video and the Apple Watch with LTE module.