27 years ago, Apple introduced the world its first portable computer the Mac intosh Portable. To call it a laptop because of the impressive sizes is quite difficult. However, the authors of the project Canoopsy made an excursion into the past and compared the memorable Apple computer with the latest MacBook Pro. 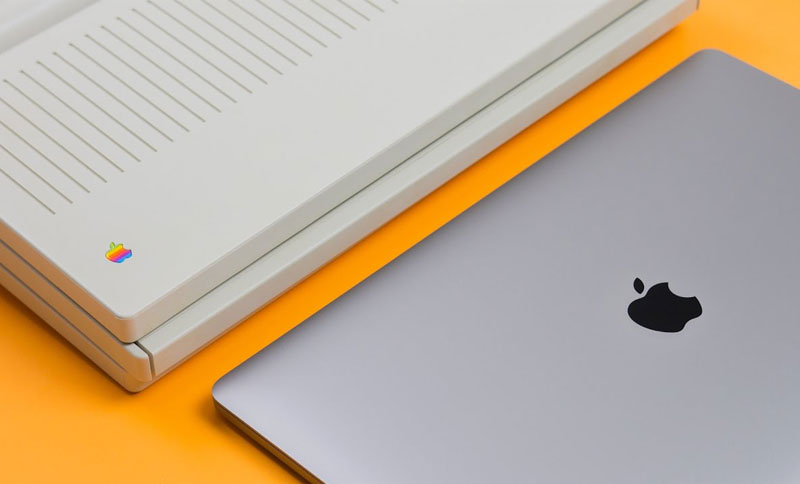 The Macintosh Portable was introduced in September 1989. In fairness it should be noted that the device was actually portable, but its size was far from petite. The first Mac portable weighed about 7.26 kg, and its dimensions corresponded to the values 38 cm x 37 x 10 cm the dimensions of the MacBook Pro in 2016 are of 24.07 x 34,93 x 1.55 cm, the device weighs only of 1.83 kg.

The Macintosh Portable was powered by a fairly primitive by today’s standards the 9.8-inch screen with a resolution of 640 x 400 pixels and was very expensive and quite rare at that time due to the active matrix, since then the majority of similar cars had a passive matrix. 15-inch MacBook Pro last generation received the “best screen ever on a Mac” with a resolution of 2880 x 1800 pixels and displays more natural colors and more details in the photos thanks to a wider color gamut. The first Apple laptop with no backlight, so much joy “revolutionary” active matrix users did not bring. 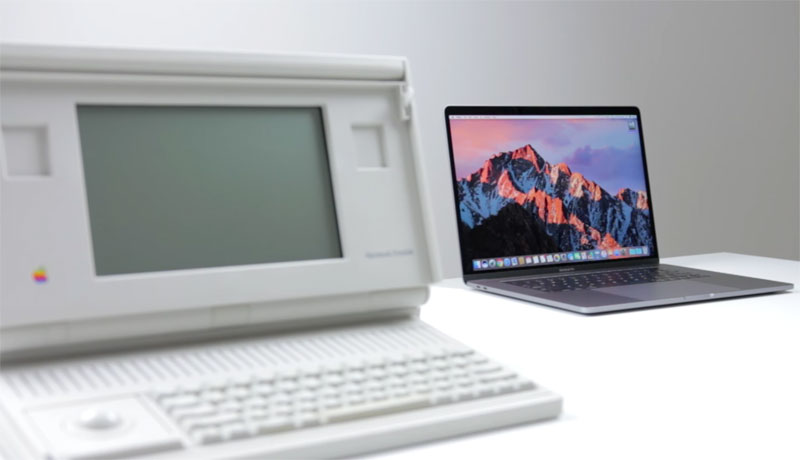 In General, it is not surprising why the first laptop Apple has not become the sales leader. Furthermore, its capabilities were quite modest, even for its time: CPU with a clock frequency of 16 MHz, 1 MB RAM and 40 MB of memory on the hard disk.

To see a comparison of the first laptop in 1989 with the newest MacBook Pro on the video below: