The first photos of the Google Pixel 3 without bangs

After a series of leaks, Google Pixel 3 XL on the Internet posted photos and details about the older model, which is similar to Pixel 2 XL, writes The Verge. 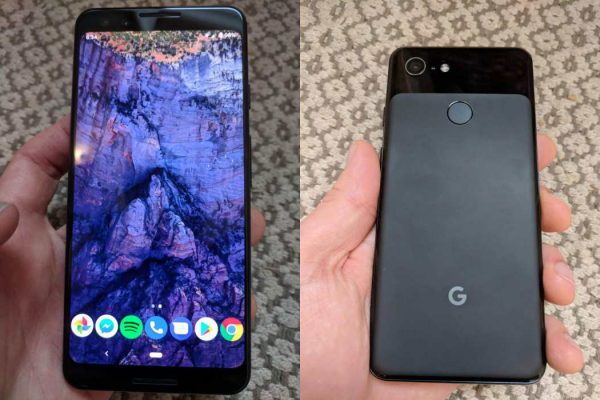 Front Google Pixel 3 is almost impossible to distinguish from the Pixel 2 XL. He rounded the edges of a 5.5-inch display with a resolution of 2160 × 1080 pixels. Top and bottom are the stereo speakers. Of the notable differences from the Pixel 2 XL, you can allocate additional front camera and a reduced frame.

The rear side of the smartphone is also not different from Pixel 2 XL. One-third of the housing is made of glass, the remainder of matte plastic.

The man who published the photos and technical characteristics of the Google Pixel 3, said that this is a test device for an American operator. The smartphone will receive the Snapdragon 845, 4 GB of RAM and the battery is at 2915 mAh.

This will be the first Google smartphone with dual front-facing camera. It consists of two sensors at 8 MP, which differ aperture: f/1.8 and f/2.2. Additional module needed to create wide-angle photos.