The first reviews of the new iMac60 review 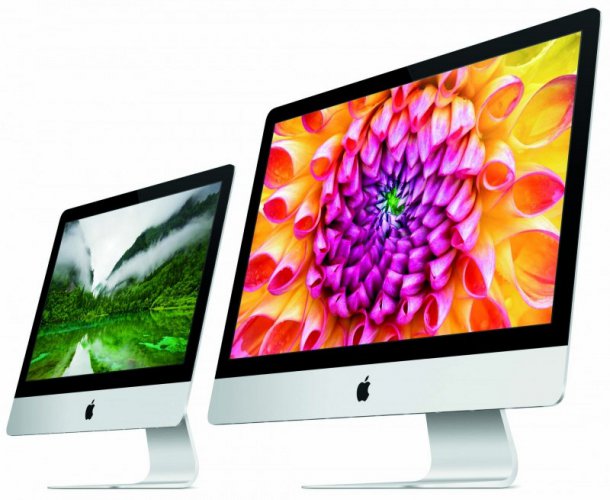 Updated iMac 2015 model year have been shown the world in just a couple of days ago, but Western journalists and technologiy already made it to the news. We present to your attention the first reviews and impressions of the monoblocks.

Observers of the magazine Ars Technica called the iMac is a great device with a number of engineering mistakes:

“Of course, some shortcomings upset. For example, the lack of Thunderbolt ports and 3 USB Type-C. in addition, the so-called Fusion Drive, we offer only in the older models. In the initial use of a hard drive with speed of 5400 – and it is in the computer 2015! You will have to pay at least $ 1,500 to get a Fusion Drive. Of course, Apple would not be greedy and not do a sort of “option for the poor”. But if these points are not critical for you, then you will be truly happy with 4K-screen TV. Huge professional-quality matrix together with Quad-core processor seen as quite a good purchase at a relatively reasonable price. And the 27-inch model does and blurs the boundaries between the device “all-in-one” and workstation. It remains to add a Fusion Drive or SSD – the fault is not happening”.

CNET, in turn, called the renewal is extremely significant, while appreciating a 4K screen and a new periphery:

“Even if you rarely watch movies at such high resolution, the Retina display is so good that to get rid of him is unlikely to succeed. The price of the new iMac are quite comparable with similar solutions on Windows. However, if you already have the monoblock previous model year, to change it, of course, not worth it. Enough to buy a pair of new Magic-accessories, be it a mouse, trackpad or keyboard. They gently renew your old computer”.

Here’s what the experts say to Engadget:

“iMac is still the best computer in the format of “all-in-one”. His hand plays the familiar but still attractive design and reasonable price. Now its main feature is the Retina display, significantly increase the clarity and contrast of the image. In our opinion, the 21-inch model looks more attractive at the expense of a smaller diagonal with comparable pixel densities. Apple is moving in the right direction, it affects the abandonment of discrete graphics, which would be a mistake. However, the Fusion Drive is not available in the minimum configuration, so you’ll have to fork out”.

According to journalists of the blog Macworld, 4K resolution allows you to take a fresh look at OS X El Capitan:

“The interface just began to Shine, due to the greater density of ppi. The icons in the dock lost pixel ladder and become more smoothed. Everything looks much sharper and more contrast. Photos now as if printed on paper, not displayed on the monitor screen. Reading has become more comfortable due to the increased sharpness of the fonts. But there are drawbacks. It is unclear how it was possible to use a hard drive with speed of 5400? This decision was obsolete several years ago. Have to pay for the older model”.

His opinion was also shared by journalists The Wall Street Journal:

“When you see the display of the new iMac, you find that the color saturation has increased several times. Direct comparison of new products with the previous generation showed that to demonstrate all the capabilities of the new screen will require a image in the format of DCI-P3. Photos with the reduced palette sRGB absolutely not suitable.

For us remained a mystery why Apple ignores the introduction of USB Type-C to be used in the new MacBook. This standard will soon be replaced by the usual USB connector, and its integration would be most welcome”.

The new iMac is already available for order in the Russian Apple online store. Prices for candy bar start at 89 990 rubles for the 21.5-inch model in the minimum configuration.