The 2017 conference MWC in Barcelona will be presented Samsung Galaxy S8, but the other South Korean company is ready to make his flagship. LG appointed on 26 February announcement of its new Android device G6, and the reviewers Business Insider got his first “live” image. Photo model posing in a glossy black color, a La the iPhone 7 Jet Black. 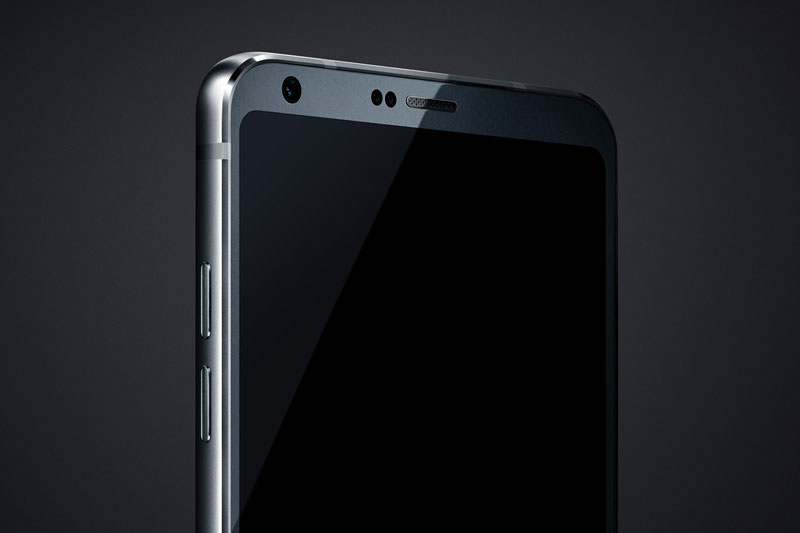 As we learned earlier in LG G6 will be used by a large 5.7-inch display with an unusual aspect ratio of 2:1 and focus on the smallest frame. The display occupies more than 90% of the area of the front panel. Although on the live pics are not shown the front part, the previous renderings indicate that the frame is on it only slightly more than the upper.

The closest rival in this quest to maximize to fill the front face of the screen for LG G6 is the Xiaomi Mi Mix, although there is speculation that the iPhone 8 will also go on this way. As in the case Mi Mix to G6 applied to the display with rounded corners. Abandoning the modular design of the G5 last year, the Korean company, it seems, relies on the attractive appearance of the smartphone: apparently, the LG G6 case is made entirely of glass and metal is a significant departure from the plastic housings from the previous flagship solutions of Koreans. 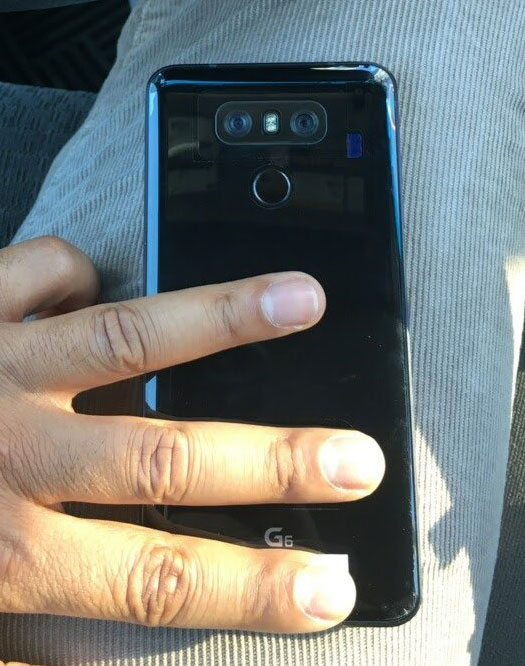 LG G6 will retain a 3.5 mm socket, but will receive housing with protection against dust and moisture in accordance with the requirements of the IP68 standard, which allows the smartphone to easily withstand prolonged immersion under water (up to half an hour at depths of up to 1.5 m). Replaceable battery this time, it was decided to donate to the monolithic body. However, something from G5 will be the flagship device of LG 2017: the rear side of the smartphone as a whole will retain the same layout of elements, including a dual camera and a fingerprint scanner.

According to the latest information, LG G6 might initially sold at a price of $40-50 higher than last year’s LG G5.

LG is already a few years can not return the mobile unit to profitability, and last year’s experiment with modular G5 was unsuccessful. In this regard, the company has high hopes for the LG G6.