The frontman of KISS ruined the Google Pixel, writing a tweet with iPhone

Bass guitarist and lead singer of KISS gene Simmons announced his love for the Google Pixel, writing about it with your iPhone. Twitter users found that to send messages, he used the official client for the Apple smartphone. 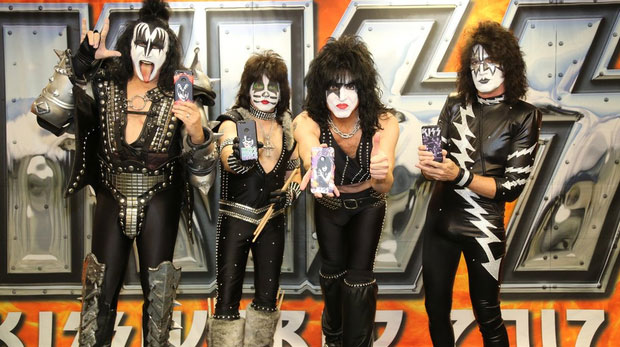 In accordance with the text of the tweet, Simmons is delighted with the design and technical specifications Pixel.

“I like the smooth angular style Pixel. It is technologically advanced, but at the same time simple and convenient to use,” wrote frontman of KISS.

The piquancy of the situation lies in the fact that the entry was posted from an iPhone musician. 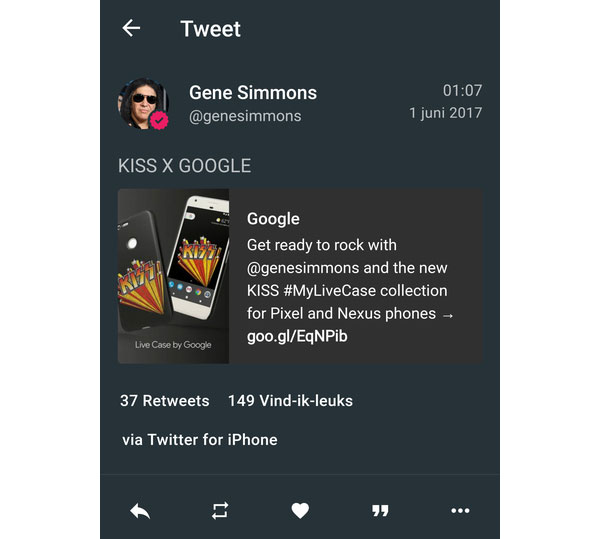 There is no doubt that the tweet known rocker about the benefits of mobile KISS is sponsorship. The manufacturer of these devices, Google released a collection of covers from the brand of American rock band, and obviously to promote the product asked the musicians to praise the smartphone. 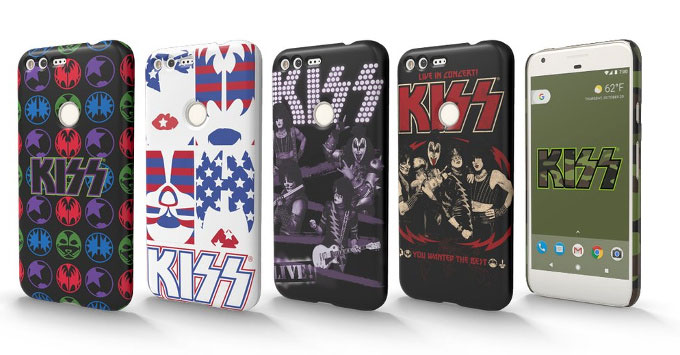 Google Pixel was presented in October last year. The phone has got Snapdragon 821, with 4 GB of RAM and 32 or 128 GB of storage. The camera device has a resolution of 8 and 12 megapixels, dvuhtonnoy flash and laser autofocus. The fingerprint scanner located on the rear panel of the device.

In early may it became known that Google has begun testing a Pixel of the second generation.