Krasnoyarsk bloggers decided to conduct an experiment to find out what girls are ready for the iPhone 5s. Smartphone the girls offered to pay for something that they were naked and soaked in machine oil, and the whole experiment will be filmed on camera. 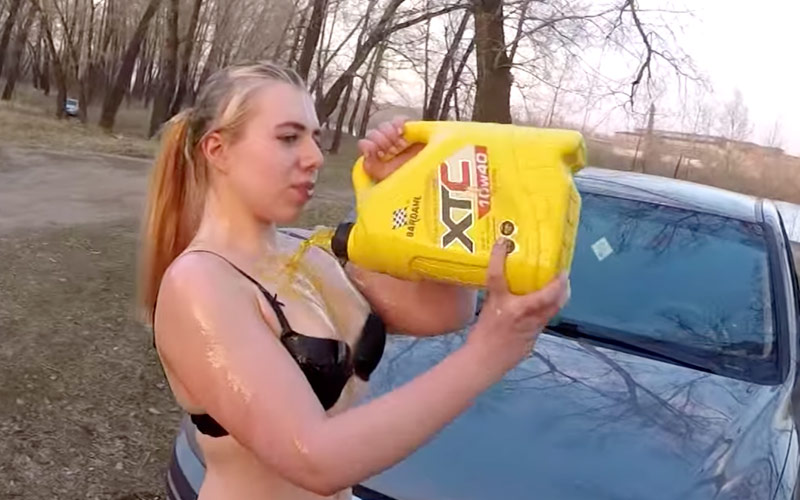 Videoblogger from Krasnoyarsk have found out the local girls, what they’re willing to go for the Apple smartphone, offer to strip naked and pour oil all answered almost unanimous rejection.

After interviewing a dozen girls on the street agreed to get naked girl Ksenia. She said that before she had birthday and she would like to change your smartphone from Beeline on the iPhone. Bloggers took the girl into the woods, where she undressed to his underwear and began to pour from head to toe with engine oil, then at the request of the bloggers started to RUB against the hood of the car. Then she gave a towel and handed smartphone with accessories.

As told blogger Dmitry Shilov, the video was a continuation of his ideas of the past roller “On what students are ready for a tablet”, which has collected 12 million views on YouTube. The idea of a new movie remained the same: the girls are ready for the expensive gadget.

At the end of last year in Krasnoyarsk there was a scandal: in a night club three girls are undressed for the promise of the iPhone. However, the girl who stripped fully, just received a box of smartphone. The action was referred to as a “social experiment”, it has launched the St. Petersburg bloggers Rakamakafo, then this “experiment” took place across the country.