The iPad 4 was even better than iPad Pro 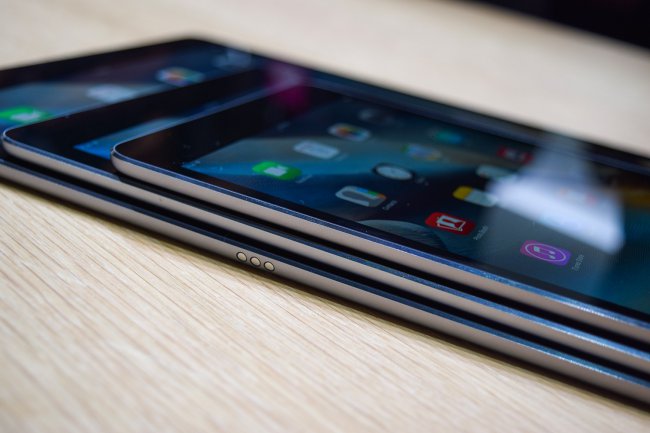 The display of the new iPad Pro has appeared above any praises. Despite the pixel density is 264 ppi, the picture on a nearly 13-inch screen look as if it is printed on glossy paper of the magazine. But experts from DisplayMate don’t think so. During the survey they found out that the iPad 4 in many indicators is superior to the one which comes with flagship tablet.

“Display the iPad mini 4 is very close to be named perfect. After a variety of tests and inspections in our lab we came to the conclusion that in terms of contrast, colour and reflectivity it is definitely better than those in the iPad Air 2 and iPad Pro, which were roughly equal. Moreover, the iPad 4 is still the best in the market of tablet computers whose result is still not been surpassed”, said DisplayMate.

And yet, the picture shows the iPad Pro, not a bad or poor quality. The screen resolution is equal to 2732 2048 pixels, considerably surpasses any “pill” ever existed in the market. Perhaps it is due to the greater diagonal, the image on the “Proshka” looks much more attractive than other tablets. More detailed results from the tests and the bare figures can be found in the table below.

In any case, the difference is not so great, to refuse to buy an iPad Pro, especially if you really feel the need in purchasing it. Be sure to see our review of the 12.9-inch iPad and make the right choice.