the iPhone 7 has been tested to water resistance with water, coffee and soda [video]

iPhone 7 continues to get starring roles in a variety of crash tests, a scenario which is quite possible in real life. This time the flagship Apple decided to test the water resistance. Formally, the smartphones are water and dust resistant, so the smartphone I decided to put in water, coffee and Coca-Cola. 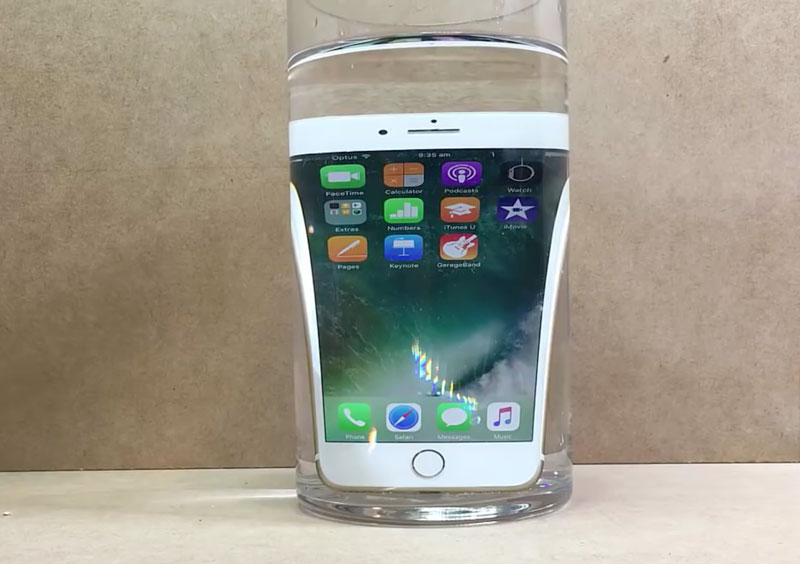 iPhone 7, fully immersed in the liquid, with honour has passed test. And after it was dried, then continued as if nothing had happened.

However, we would not recommend to independently replicate this experiment. Although the new Apple smartphones have official certificate IPX7, guaranteeing its water-resistance, this kind of damage are not covered under the Apple warranty. And the manufacturer probably have their reasons for it. In case of possible problems with your iPhone, it will not be able to exchange under warranty for a new one.

As Apple notes that the updated housing provides water resistance iPhone and protects it from spills, splashes and dust. The smartphones were tested under controlled laboratory conditions and received a rating according to IEC 60529.

While Apple added that resistance to splashing water and dust iPhone 7 is not constant and may eventually decline as a result of normal wear and tear. “Do not attempt to charge a wet iPhone. Instructions for cleaning and drying provided in the user manual. Damage caused by liquids is not covered under warranty,” said the company.