Experts from Futuremark dispelled the myth that Apple artificially lowers the performance of the iPhone.

On the eve of the presentation of the updated iPhone to Google’s growing number of search queries with the words “iPhone is running slower than normal” is what causes a lot of controversy and speculation among users. Many owners of Apple gadgets I believe that the company intentionally slows old phones for the new to force people to buy a fresh model.

Futuremark decided to refute this conspiracy theory, and presented data on the performance of different models of iPhone for the last year and a half.

The smartphones were tested using 3DMark application. It measures the speed of the CPU and graphic subsystem of the phone.

First, collected data on the iPhone 5s, as it is the oldest and therefore the most “slow”. The diagrams show that performance of the gadget with the advent of new versions of iOS has not been changed. 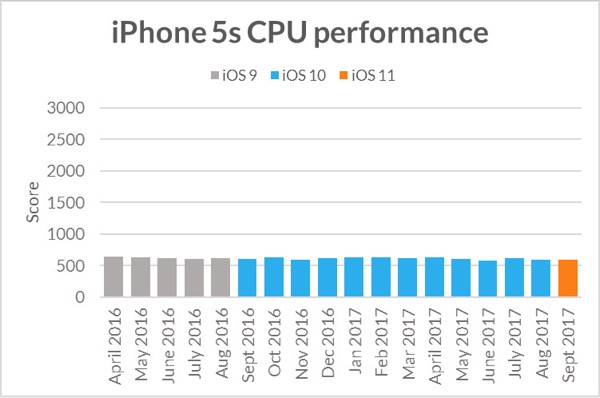 The test results of the processor in the iPhone 5s. The more points, the better the performance. 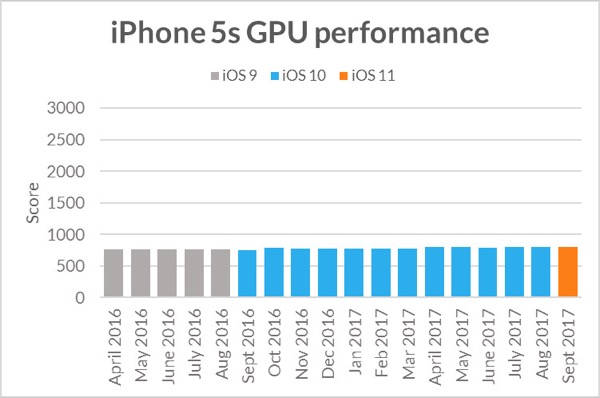 The test results graphic of the iPhone 5s. The more points, the better the performance.

The same goes for iPhone 6, 6s and 7. Changes if there is, they are very minor. In addition, with the release of iOS 11 the GPU of the iPhone 6 and iPhone 7, on the contrary, increased. 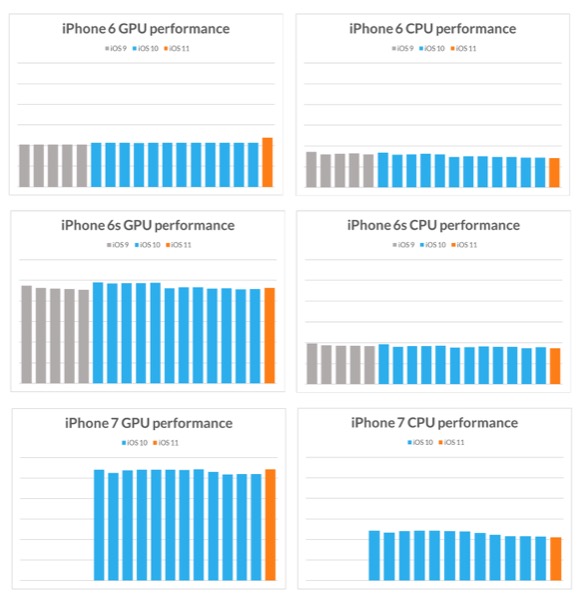 The results of testing processor and graphics iPhone 6, 6s and 7. The more points, the better the performance.

According to Futuremark, Apple is not engaged in an artificial underestimation of the performance of their smartphones, but on the contrary, tries to support them as long as possible and to cope with this task well.

Of course, the phone become slower, since there are new features and more advanced applications. Moreover, not all developers have time to optimize their software under the new system. The important role played by the psychological factor, because the release of a new model always generates thoughts about what the phone of the previous generation is hopelessly outdated.