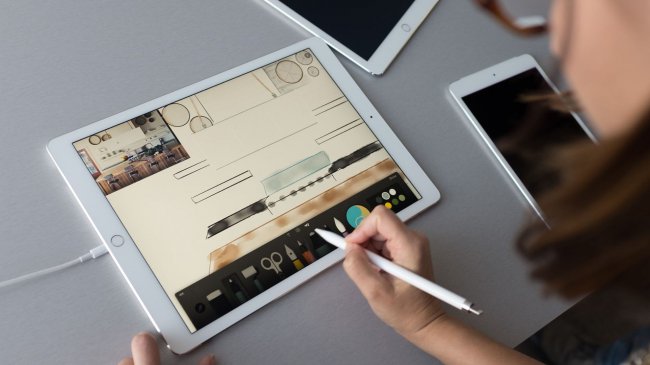 Is there a future iPad Pro? This question should be explored by the developers. If you receive applications for professionals who will make the tablet an indispensable working tool, there will be those who wish to use them and purchase iPad Pro. Are there any forecasts? There is, and the developers have shared them on The Verge.

According to the developers, there are two main problems that hinder the emergence of professional apps for iOS. Each of them is related to the limited capabilities of the App store. And if in the case of the Mac App Store is not the only source, from where you can install apps that iPad users are forced to download apps only from the App Store.

First, the App Store does not allow users free trial period. Apps for professionals are expensive, but often developers are given the opportunity to test the program in the next couple of weeks. During this time, the user can verify that the application meets its requirements and is worth the money.

About this issue, said the founder of Bohemian Coding Peter Omvli. Their Sketch is 5990 rubles. Not cheap, but the app is created for professional artists, and developers do not require to give this money immediately, even without trying the possibility of Sketch. In the App Store for the app you will have to pay immediately, and the price can be off-putting. To reduce the cost of the application is unacceptable as the product is not designed for a wide audience.

Secondly, the App Store does not imply the possibility of issuing additional paid upgrades. Active users of Tweetbot have probably noticed that every time you release a major update, developers have to uninstall the old version of the app and issue a new one. If the developer wants you to pay for a new version, this is the only way, and it’s not very useful. For professional applications paid upgrades necessary.

CEO of FiftyThree George Petschnig told that often support and application update is work, which cannot compare with its development. On the first version of their app Paper 3 workers. Today 25 employees work on each update, testing it on different platforms 9 and 13 languages. Of course, this work must be paid.

The developers also note that not for all applications ideal monthly payment on a subscription basis, which is used today by Microsoft and Adobe. Unknown to us, will there be any changes in the App Store, but now we know that developers consider factors that hamper its development.