The main function of the iPhone, which is not said to Steve jobs on first presentation

January 9, 2007 at the conference MacWorld Expo Apple founder Steve jobs showed the audience the first iPhone. At the presentation he said that Apple “reinvented the phone again,” calling the three main functions of a smartphone: listening to music, make calls and browse web sites. Since then, the iPhone has another, more important purpose. 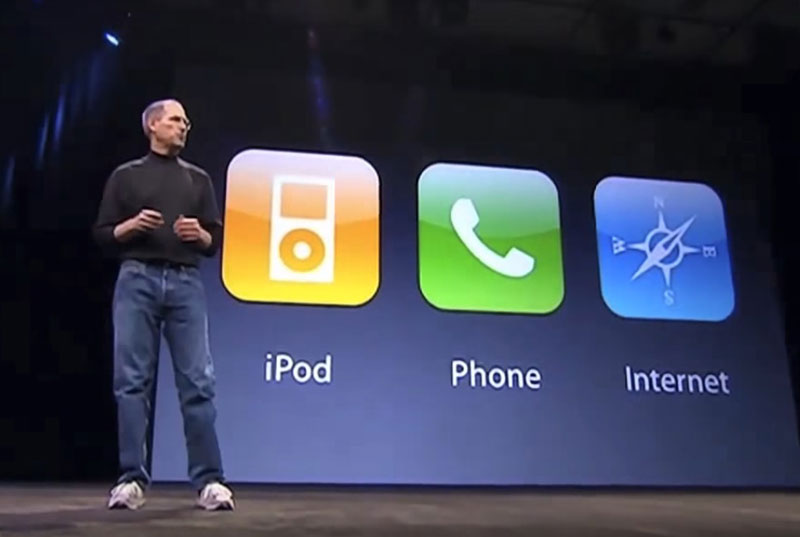 In 10 years the iPhone has undergone a lot of modifications, but the goals of use of the device relevant to this day. In addition to describing the functional phone, jobs introduced a device that can play movies, podcasts and TV shows, and send the bookmark in the browser and sync photos.

The founder of Apple didn’t mention in the presentation about the functions of a smartphone, which later became the main.

“Apple failed to predict that most users will use the phone as a camera, – quotes the chief economist of the American Association of users of technology, his words Therunet. Now all of a marketing campaign built around the new iPhone camera features”.

The first iPhone was equipped with a 2-megapixel camera. Also, the device was no App Store. The application appeared only in 2008.