The most ridiculous claim to new MacBook Pro

New MacBook Pro – not ideal laptops. The device ports with one USB-C and without the possibility of update RAM and the flash drive just get a dose of criticism from Internet users. The new “Proshka” do you have something to criticize, but the following claim boldly claims the title of most stupid in the history of the Mac. 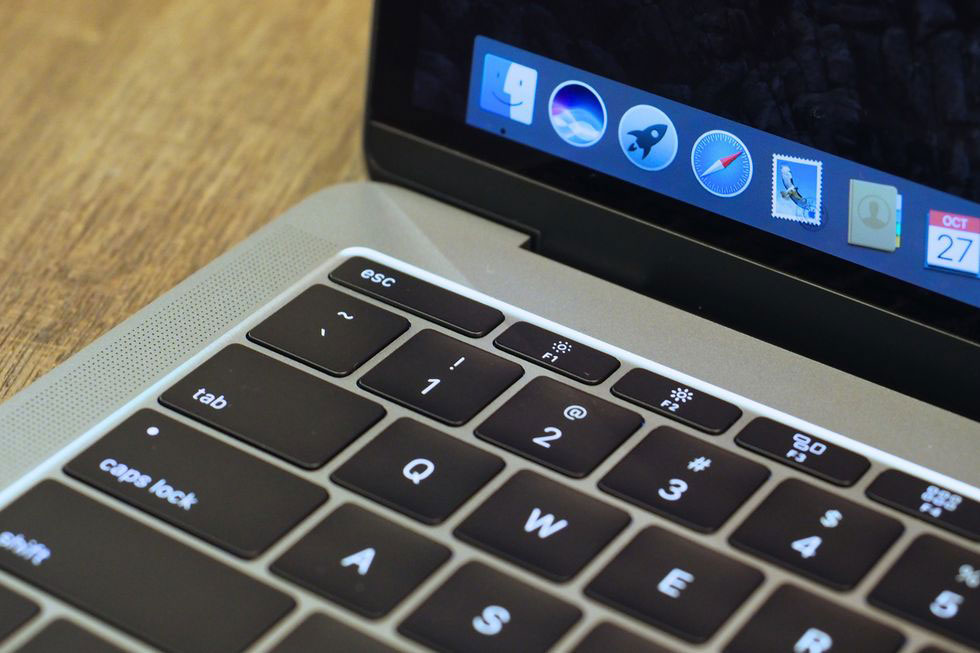 Many MacBook Pro users were dissatisfied with the sound of the keyboard. More precisely the sounds of key clicks that are much louder compared to the previous generation. Laptop owners left hundreds of complaints on Twitter.

“Typing on the MacBook keyboard 2016 as snapping on the surface of the table. Inexcusably loud keyboard. Quick, somebody resurrect Steve jobs” – agrees with him Serfin Misha. 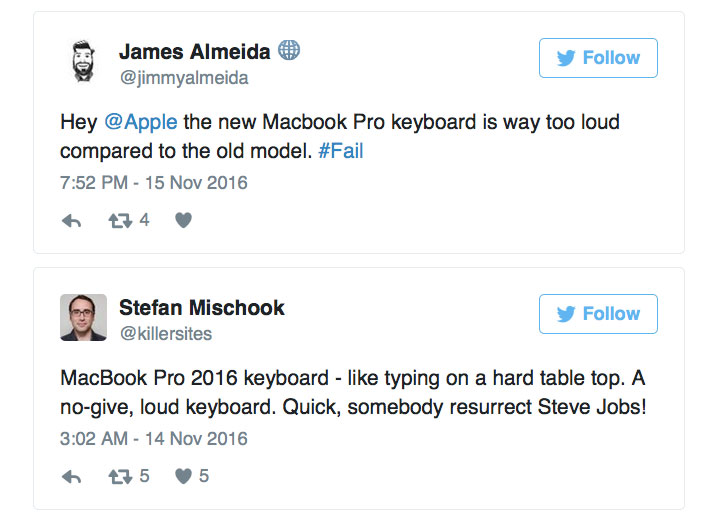 “The keyboard and trackpad on the new MacBook Pro is very loud. Damn, Apple really nobody told you about this?” adds Chris Delbuck. 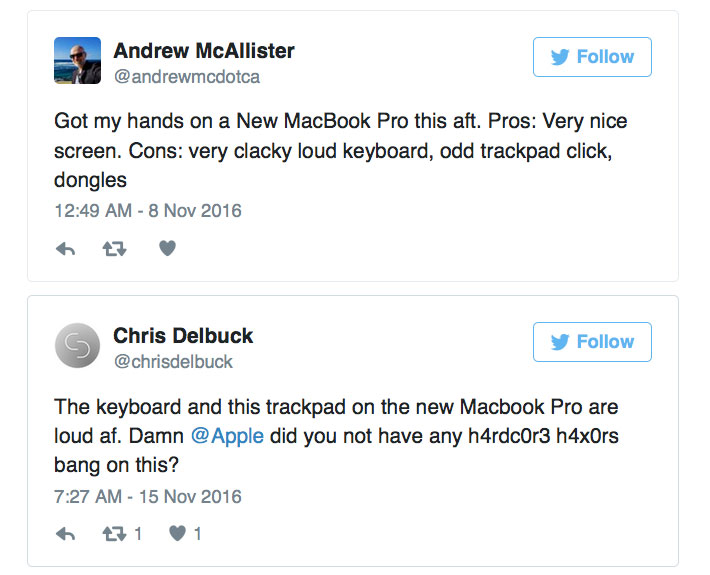 The low-profile keyboard of the new MacBook Pro is the pride of Apple. The device uses the second generation of keys with butterfly mechanism, tested on 12-inch MacBook. Special technology ensures more precise and stable when pressing on any part of a key.

“We have improved the keyboard keys for developing a new generation of “butterfly”. The result of clicking became more natural and enjoyable,” writes Apple on the website.

The journalist from the Wall Street Journal John stern also drew attention to the problem of loud clicks of the MacBook Pro’s keyboard.

Here that wrote about it John Gruber of Daring Fireball:

“I think the new keyboard became louder. Writing this review the MacBook Pro, I drew attention to it, asked my wife and son. They both said that the laptop keyboard does not sound louder, and different. But I think I’m right.

However, more important to me than how the keyboard feels is much more important. In my review I called them a premium clicks, they are clearly not become worse, but innovation is definitely controversial. Agree people who work in a quiet room.”

To compare clicks of the keys MacBook Pro 2016, Magic Keyboard and the iPad Pro with Smart Keyboard case on the video below: