We all wholeheartedly love Crimsonland – and who doesn’t love, he’s pretending and lying. Because what other game gave you such an uncompromising way to get out limitless aggression – to shred into pieces, hundreds of vile creatures, using the machine gun; what could be better. The authors Crimsonald apparently thought so too, and since nothing good was done – but maybe they fix it, because we released a good game Neon Chrome: top-down shooter, with a great design and unpredictable generation levels. A new hit? 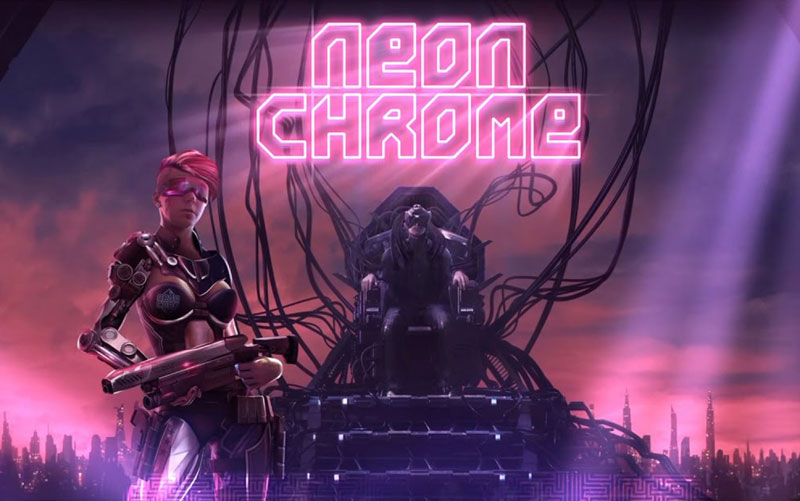 Action Neon Chrome develops in the best traditions of cyberpunk all live in a huge anthill (actually, this is a Neon Chrome is), working for the benefit of powerful corporations and those who are not yet ready – are karmic clearing in special incubators. The following order of the Superintendent, who in these corridors is considered something of a God; the people are willing to unquestioningly do his will. But is a passionary – the girl with the hacking abilities of the Superintendent declares war. She hacks into the network and gets access to the infinite regeneration of local soldiers due to the fact that you are connecting to someone else’s body and can control it. The firing of rifles, pistols, machine guns and all sorts of special skills – all in the hands of a hacker, and is not afraid to die, because you can immediately dig into the brain of another victim. So, changing the puppets, she is going to win – but the journey will be long. 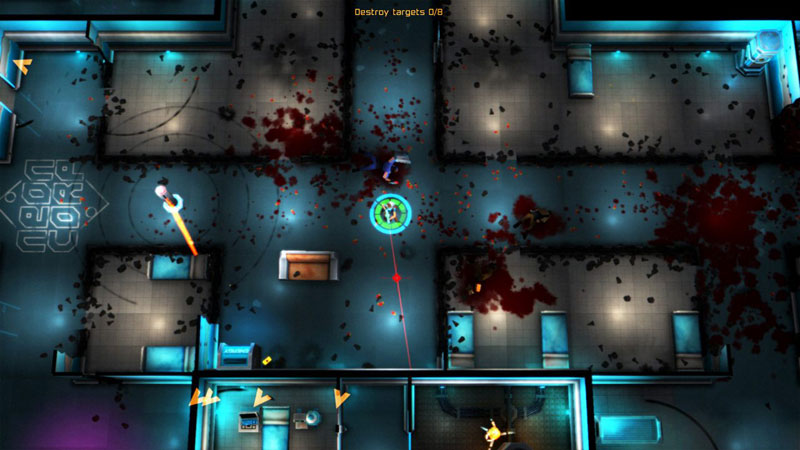 As you must have realized, we’re playing for these puppets – we had the honor to deliver Neon Chrome from the oppression of a vile dictator. But all is not so simple: the levels are well protected by the boys of very different abilities and skills, and the map is always updated. That is, in fact, your next battle is always first, because the levels here are generated on-the-go. 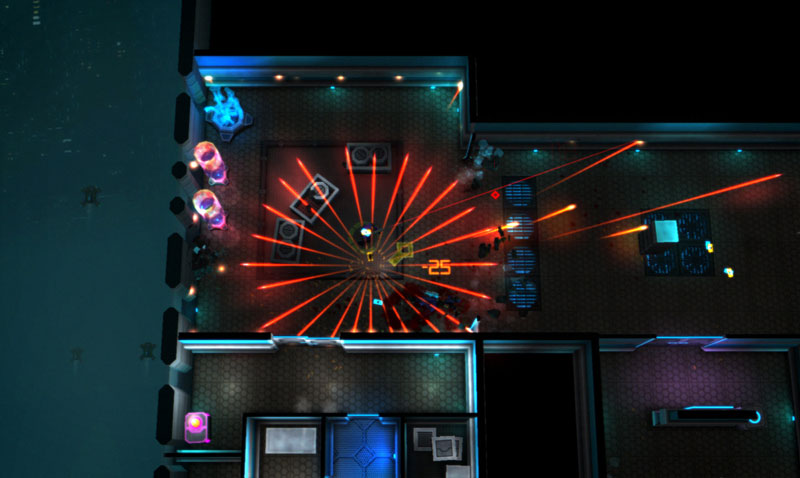 On the one hand frustrare, but why not? Every time a new challenge is interesting. The more that card, though automatic, invented cool: you have always a few options on how to pass them. You can take an armored tank and shove ahead – but may backfire weak mobility. You can go light, but then get ready for endless movement. You need to know and tricks: thin walls then sweep, and if the enemy disappeared behind the sofa fuck sofa, demolish everything.

After each death, and each level you are given a reward – don’t forget her to stop. There and the gun is more powerful and the armor, you can look and even purchase some cunning grenades to smoke out the bastards one by one. 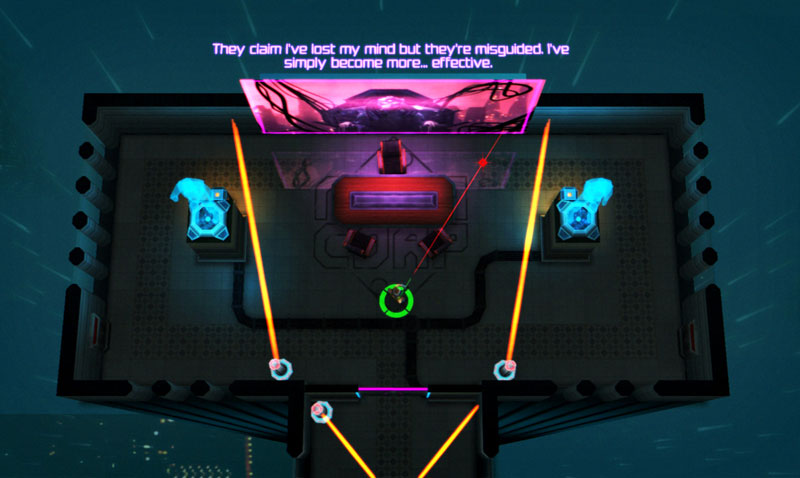 But the main thing is, of course, design. There is a suspicion that any game with the word “neon” in the title is quite hard to make it ugly, but to place on the mobile screen is so bright, colorful, but also dirty and spooky world of cyberpunk is not so easy. However, the artists coped with the task – Neon Chrome just is nice.

Since the game originally came out on PC, it costs a little higher than you would like – 379 rubles. But nothing is normal price for a class project of this kind, whose only drawback is the lack of quite so wild dynamics. Yes, the second Crimsonland may not come out, but not because Neon Chrome bad – she’s just made in slightly different patterns. In this framework, the project feels great.