The new App Store: open pre-order the card game based on “Game of Thrones”

Studio Nerial, and Developer Digital has announced work on an iOS app based on “Game of Thrones” together with HBO. Company create card game, pre-order you can now.

From Developer Digital has experience in developing card games. Their iOS app Reigns allows the player to feel like a medieval monarch.

It is important to solve complex management problems, skillfully to meet the requests of citizens and to seek a balance between the influence of the Church, advisors and army. The app took third place in the categories of card games, you can download it from the App Store for 229 rubles.

The second game — Reigns: Her Majesty is a continuation of many beloved strategies. 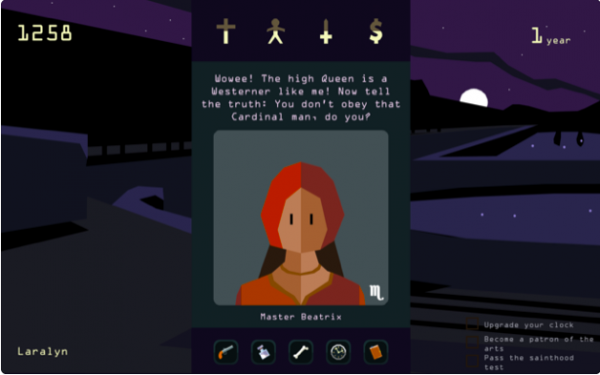 The action takes place in a new Kingdom, where was a place of mysticism. The task of the Queen is not only how to survive longer on the throne, and to perform all the tasks, but also to ensure the continued existence of his dynasty. The game can be purchased for 229 rubles.

In the new game Reigns: Game of Thrones, the user will be able to control the Seven Kingdoms, taking the iron throne, Cersei Lannister, Jon snow, Daenerys Targaryen, Tyrion Lannister, Sansa stark and the other contenders.

Action game goes beyond the TV series that will appeal to fans of the series “a Song of Ice and fire”. The plot may occur unpredictably, it is possible that in the game there will be such an incredible event as the restoration of the great Septa of Baylor or a new wedding between the Starks and the Lannisters, where the bride and groom will be Sansa and Jaime.

The creators of the game are well-developed universe, making possible any outcome.

App for those who want to feel like the ruler of Westeros, will be available October 18, 2018. Wishing to be the first to evaluate a card game from the famous studios pre-order for 299 rubles now.