A resident of Cupertino Matthew Roberts held aerovideos on the place of erection of the new Apple headquarters. When it is finished, and this should happen by the end of 2016, the building will resemble a huge disk space, landed in a leafy suburb. 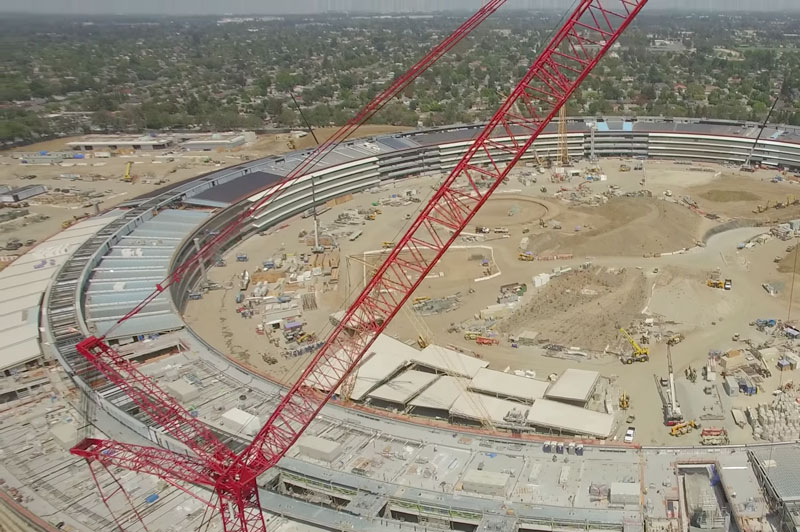 Ahead of the September presentation loud rumors and official news regarding Apple continues to flood the Network almost twice a day. Yesterday, sources reported on new wireless Apple headphones, which will be completed with the iPhone 7 and iPhone 7 Plus.

Simultaneously the company is working on Apple Campus 2 is beautiful in appearance and very functional set for their employees. Just a couple of hours ago on YouTube appeared a video where with a flying drone DJI Phantom 3 Professional was filmed behind a high fence the headquarters of Apple. 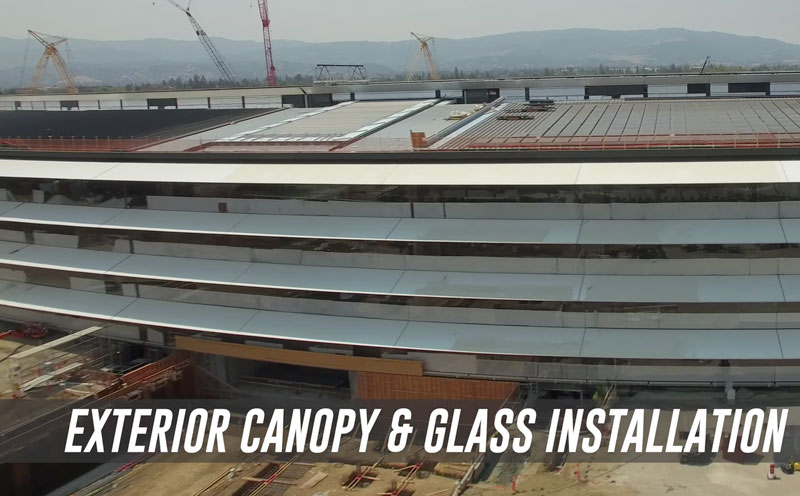 Matthew Roberts each month publishes a video from the construction site of the new campus Apple. Over the past month, builders have installed all the glass panels around the perimeter of the building and the panel for the solar panels on the roof of the main structure and rooftop Parking. Almost finished work on the façade of the building, which will house the centre for research and development, the walls of the fitness center with a basketball court and a tennis court. Work continues on the tunnel that will connect these buildings with the ring of the Apple Campus 2.

Due to the design in the form of a ring and unusual design of the new headquarters of Apple called the “flying saucer”. The size and shape of the building will resemble an alien space ship, which will house a staff of 13,000. The area for the construction of four-storey structures made up of 2.8 million square meters, and on-site will be a place for the center of research and development, restaurants, cafes, a separate building for visitors, huge Parking for 11,000 cars and solar power.

Apple office space according to the precepts of Steve jobs will be completed by the end of 2016. In early 2017 will move there Apple employees. Watch video from the construction site, filmed by a flying drone, and I admire the great imagination of the founder of Apple.