For 2017, the company Apple plans to complete construction of the new headquarters called “the spaceship” because of its futuristic look and impressive size. Fresh aerofinishera from the construction site shows not only in the main building, but also a new conference hall, which will host the presentation of future Apple products.

The construction of Apple campus began in 2014. At the moment there is the final phase of construction: the site is already planted trees, the completion of the works in the main building and the satellites, the builders started the interiors. 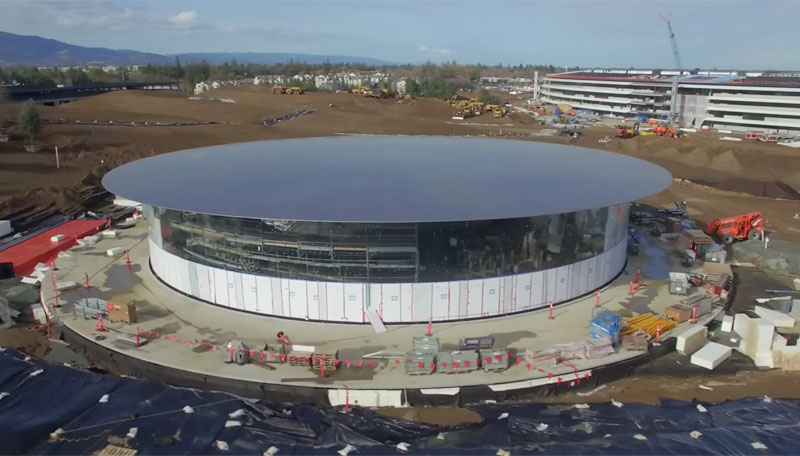 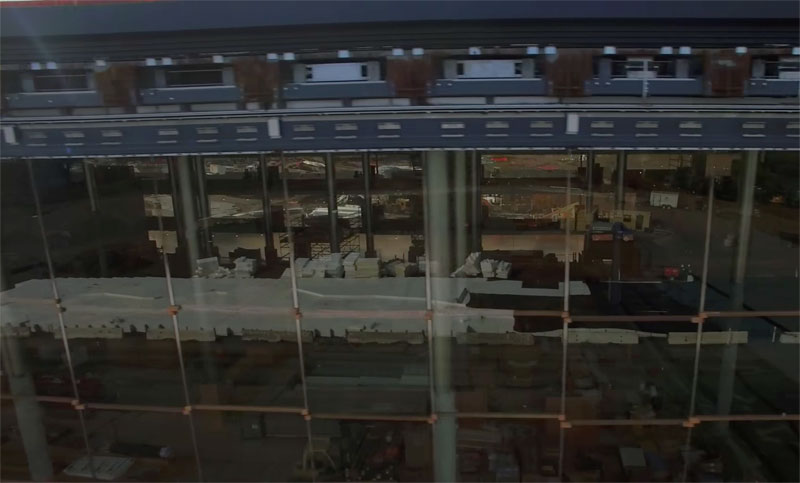 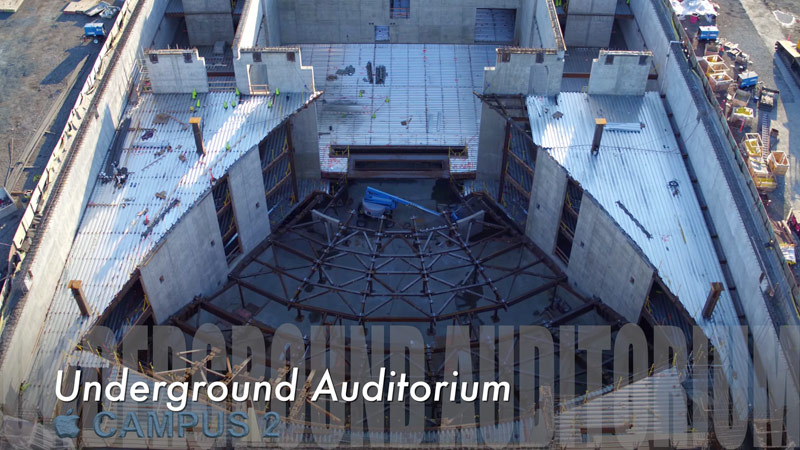 Shooting with the drone allowed us to look into the conference room with a capacity of 1000 people. It is here, as expected, Apple will hold a presentation of the new smartphone iPhone 8. The entrance is crowned by a huge glass structure, which has overshadowed the main Apple Store in new York. 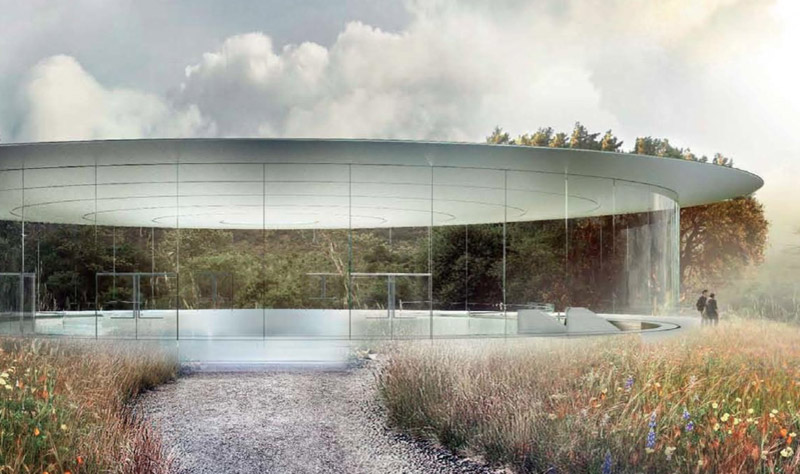 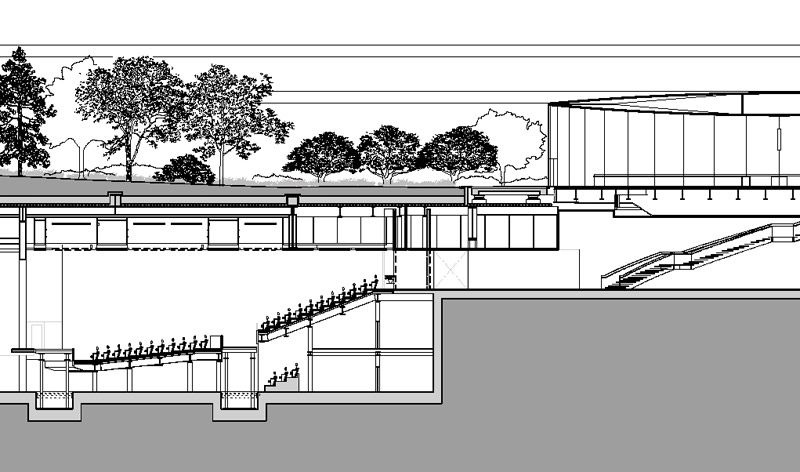 In 2017 Apple will abandon the usual center for the arts Yerba Buena and Moscone West in San Francisco and will be holding out their online broadcast announcements. The construction of a conference hall cost the company $161 million.

The headquarters is one of the last projects of Steve jobs, who proposed to build a huge campus for 13,000 employees. On the idea of the businessman, the office should look like a spaceship landed on Earth. Apple employees must not wait for the day when they will be able to move to the new campus. If all goes according to plan, will open in the middle of next year.