The opening of the store Ficha — the first Museum of Apple technology in St. Peterburge review 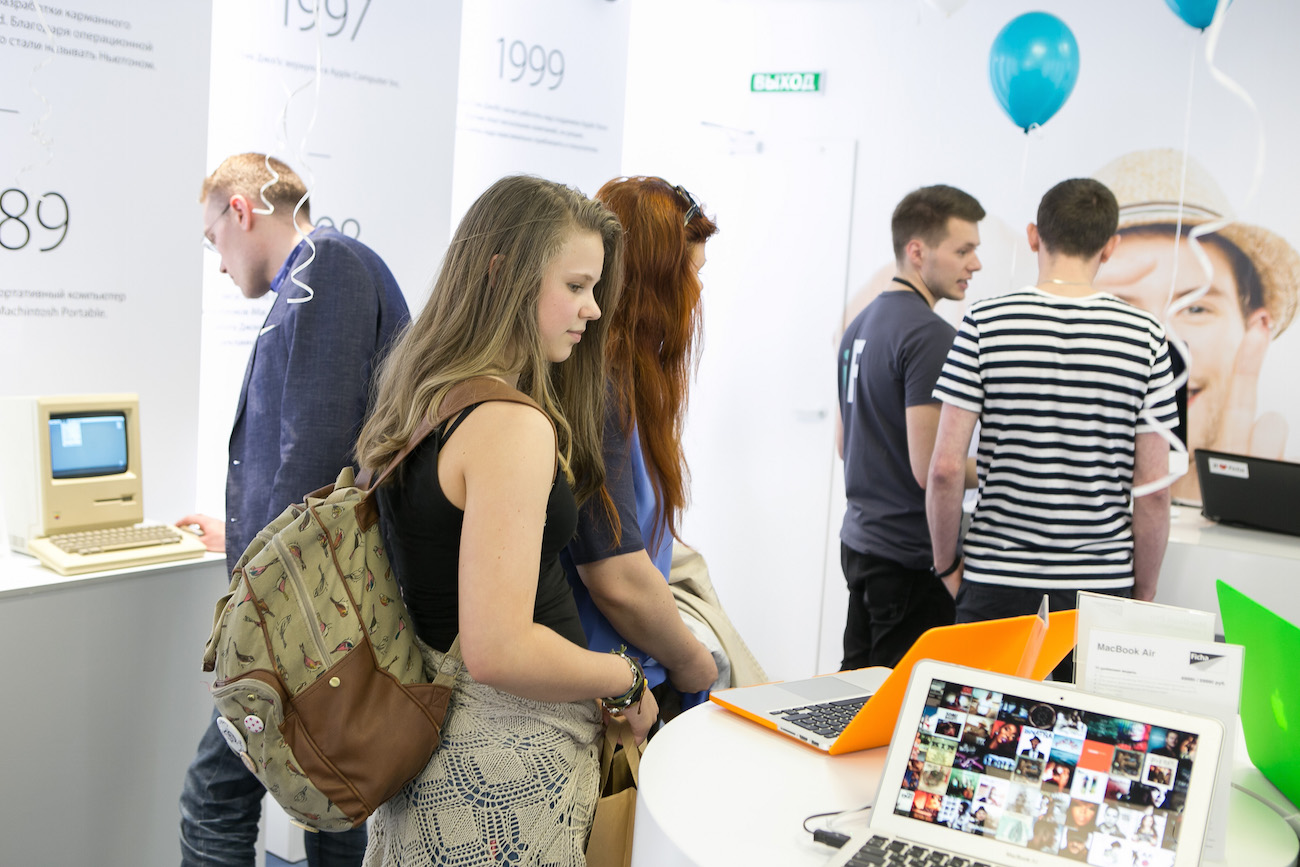 Right by the beginning of summer in St. Petersburg, there was a very significant event: Nevsky prospect for a while turned into a real “Apple meadow”, where there was a Grand opening of the store Ficha (Ficha) — Apple online and the first Museum of Apple technology in the Northern capital. 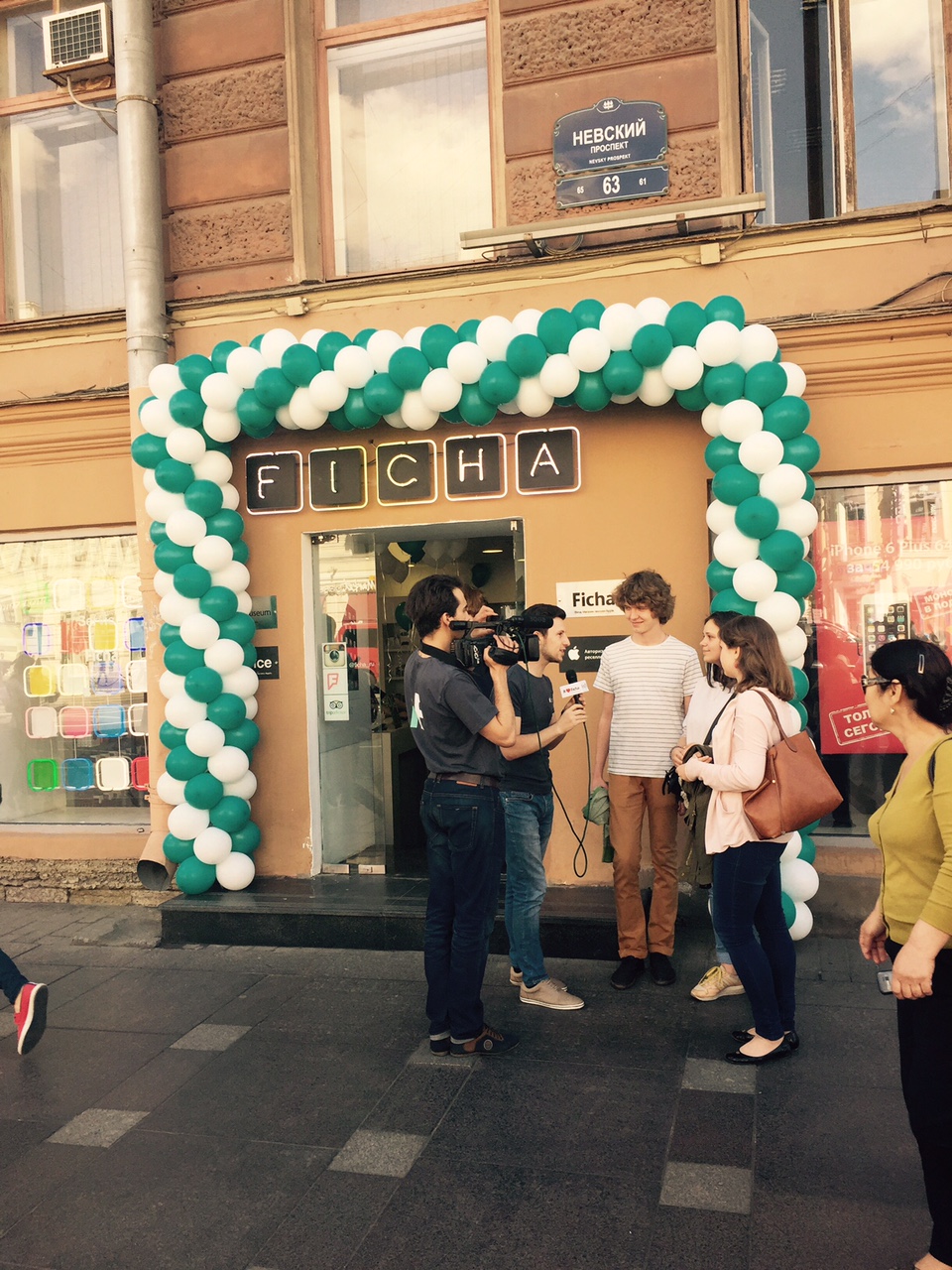 Even before the event, it became clear that planned something big. A lot of balls, bright sign, Ficha TV correspondent, host and DJs who greeted all who wanted to participate in the opening of the store. Some time later, Ficha opened its doors, and everyone (and their opening were many) were able to see everything with your own eyes. 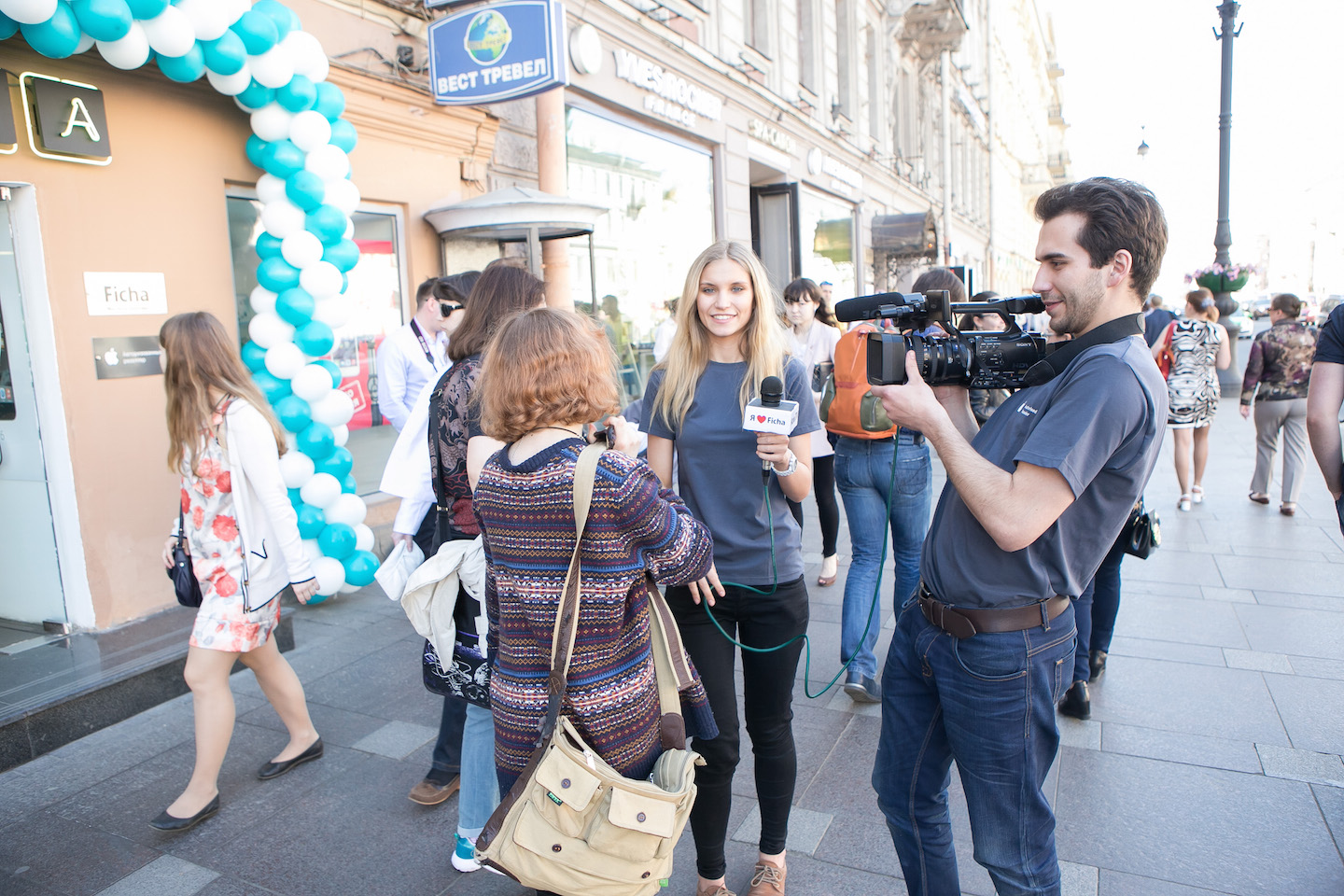 In the shop visitors can find the very latest Apple equipment to suit every taste — from the second-generation iPad Air and iPhone 6 and iPhone 6 Plus ultra-slim iMac and Retina MacBook Pro. 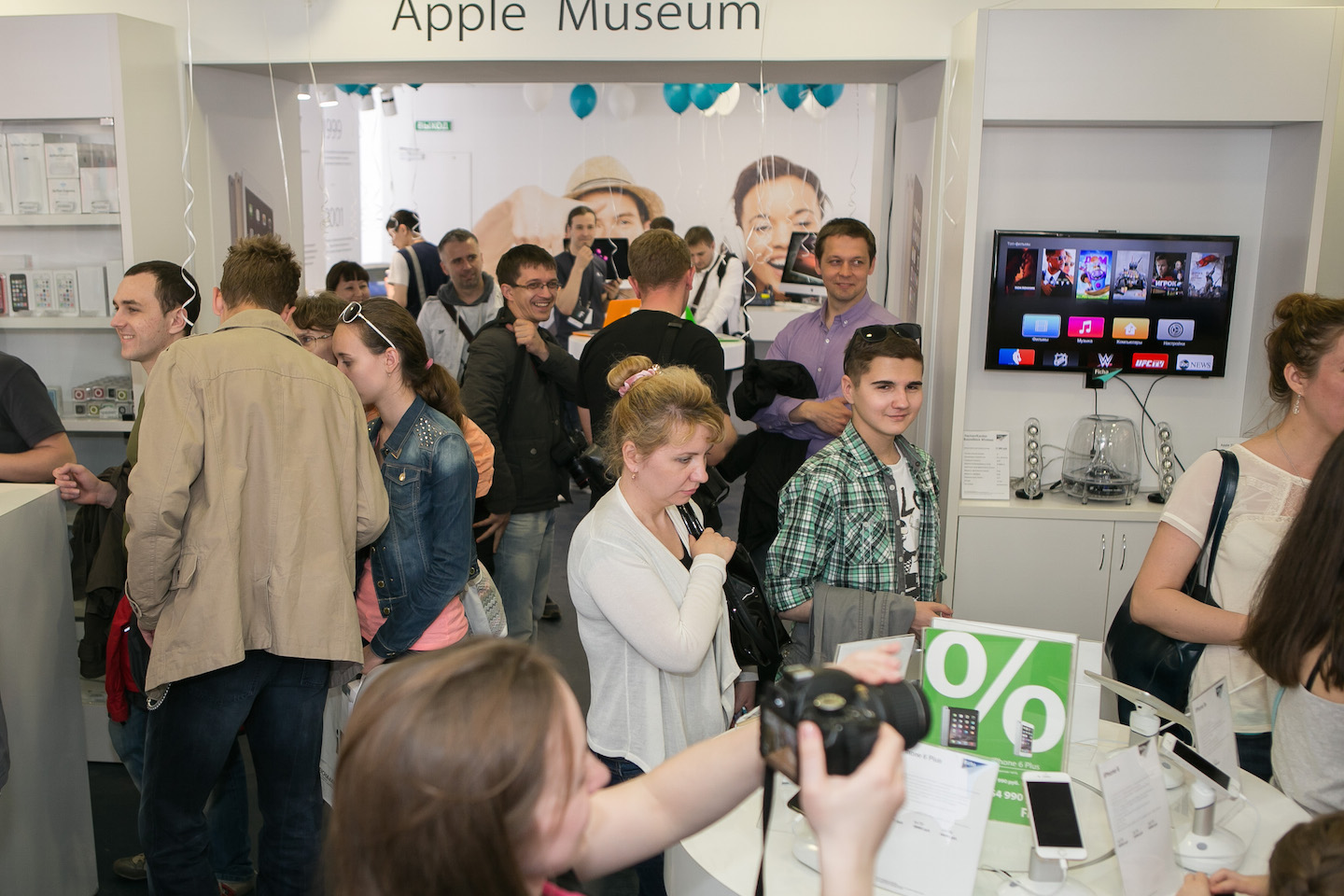 But the interesting thing is that here we are surrounded by the first Museum of Apple technology in St. Petersburg. It opened in cooperation with the private Apple Museum in Moscow. 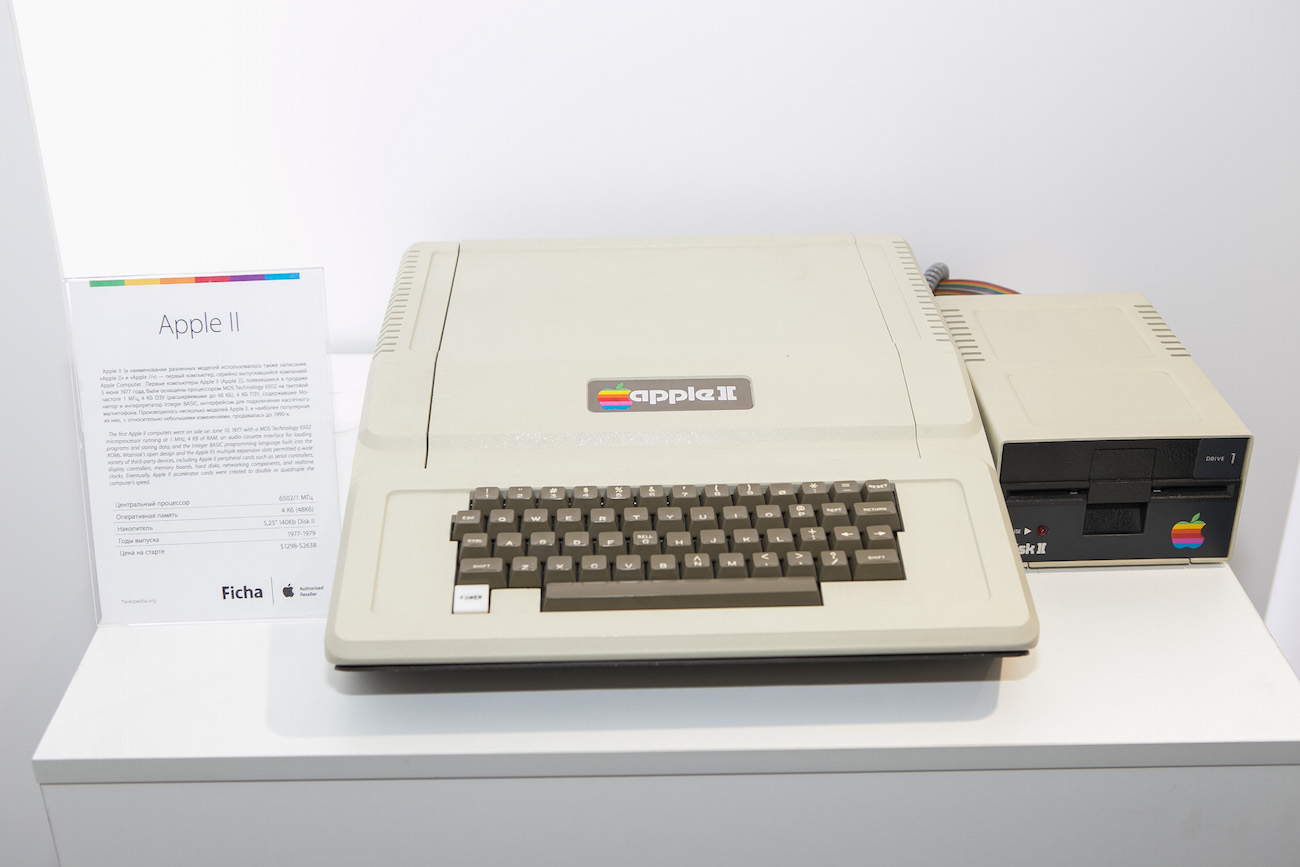 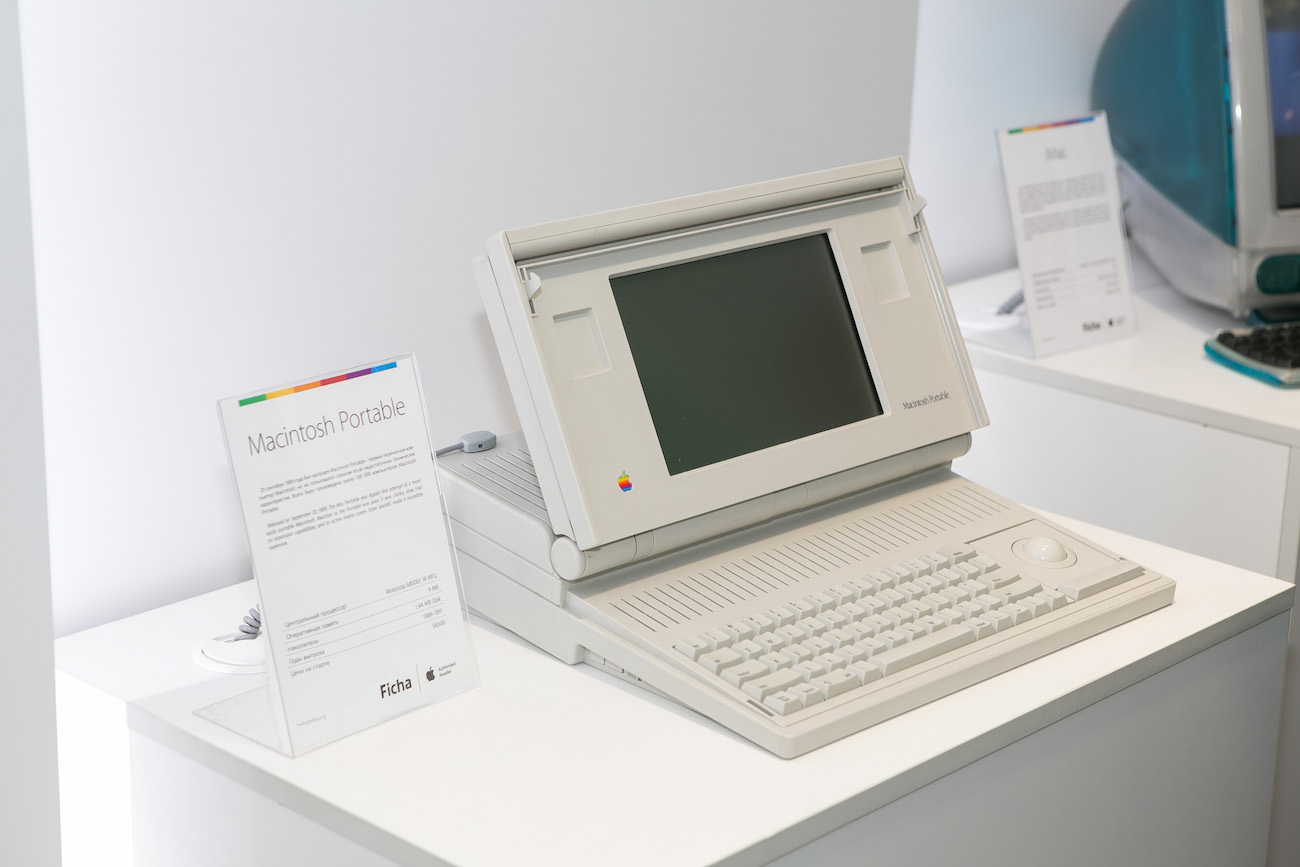 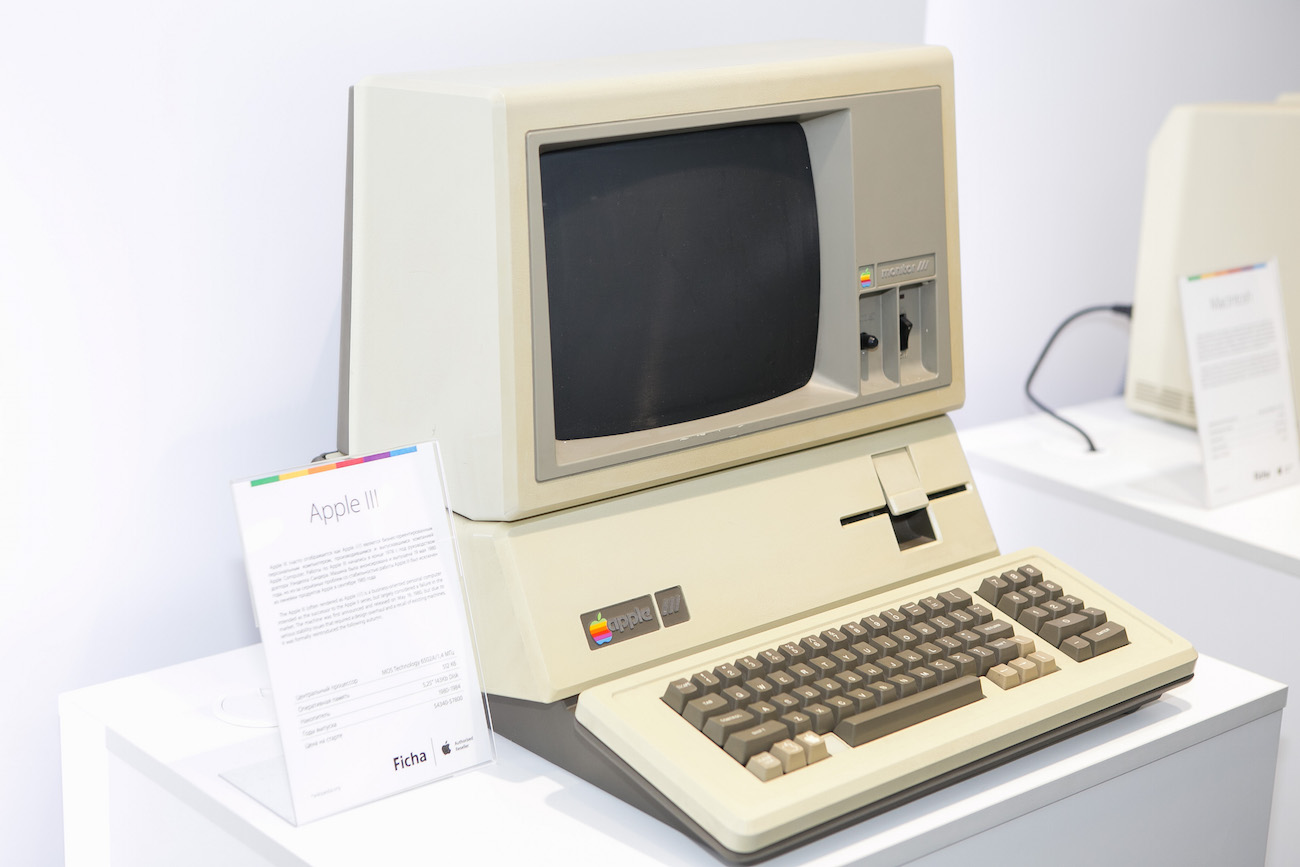  There were, of course, and without special price offers on  Apple products and accessories. Friendly and knowledgeable sales consultants in detail about all the nuances and helped in  choice. 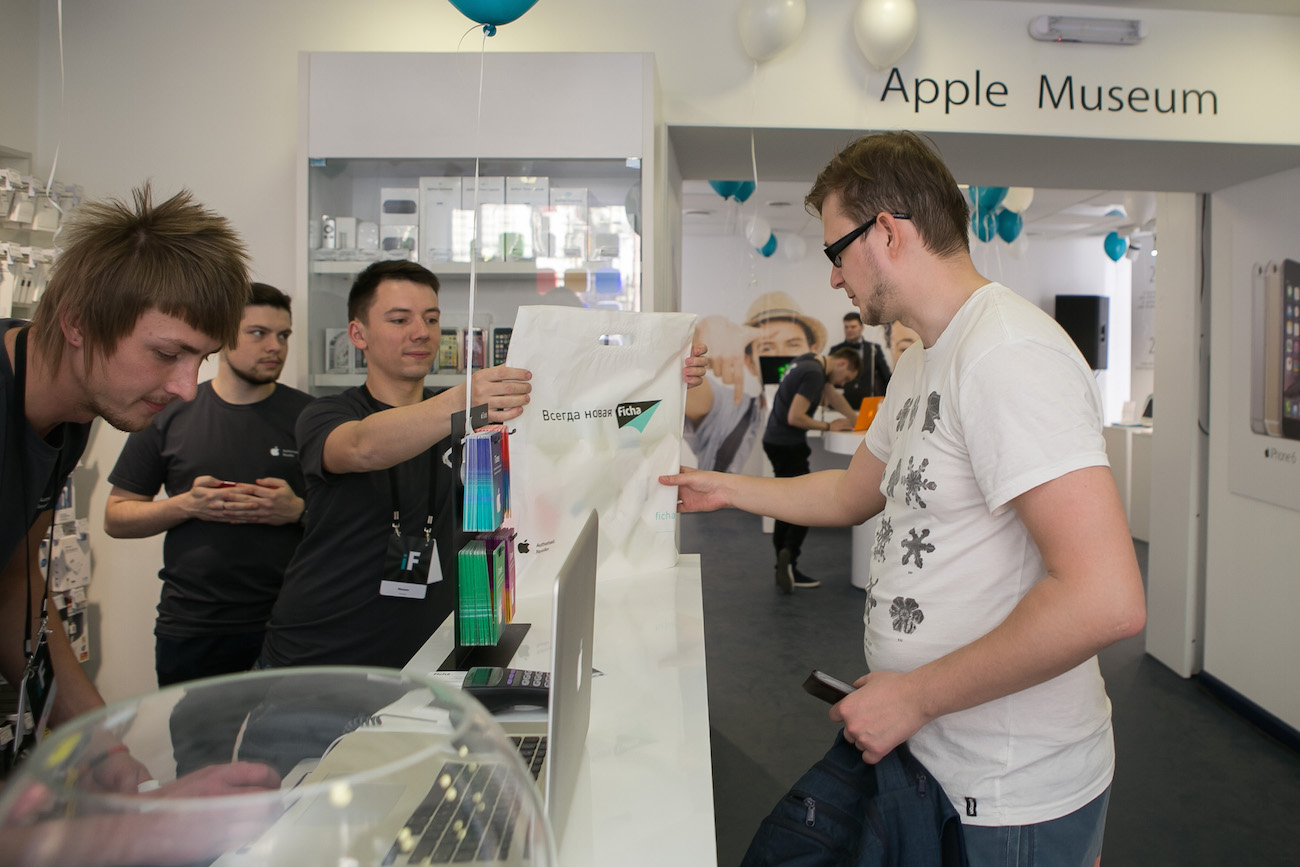 The opening would not have been so solemn, if not for the competitions, visitors were able to make selfi on the background or in the store Ficha, posting it on Instagram and get a chance to win an iPad. 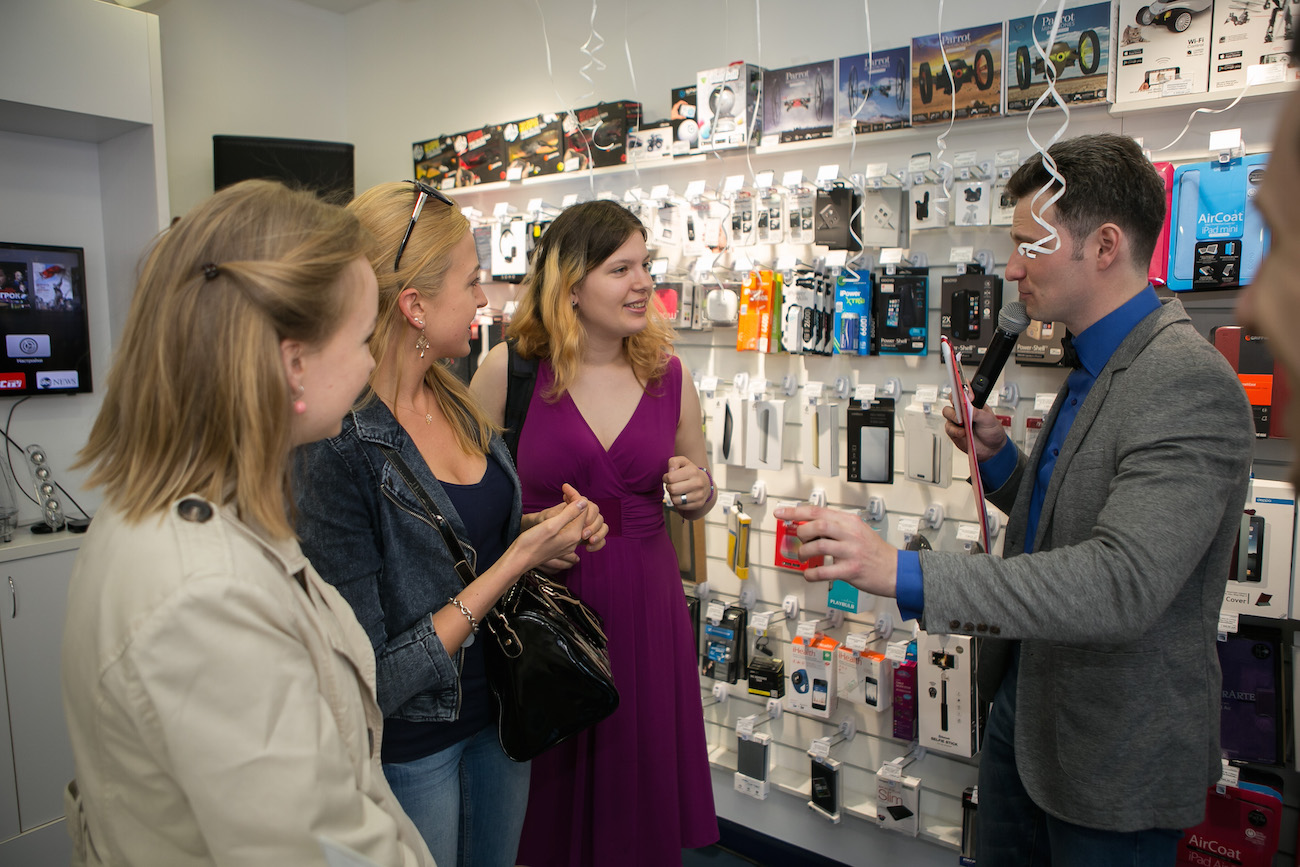 What’s a Museum without competitions on knowledge of Apple’s history? They answer questions like “in what years produced the Apple II?” or “what color was the first iMac?” were awarded valuable prizes and gifts. 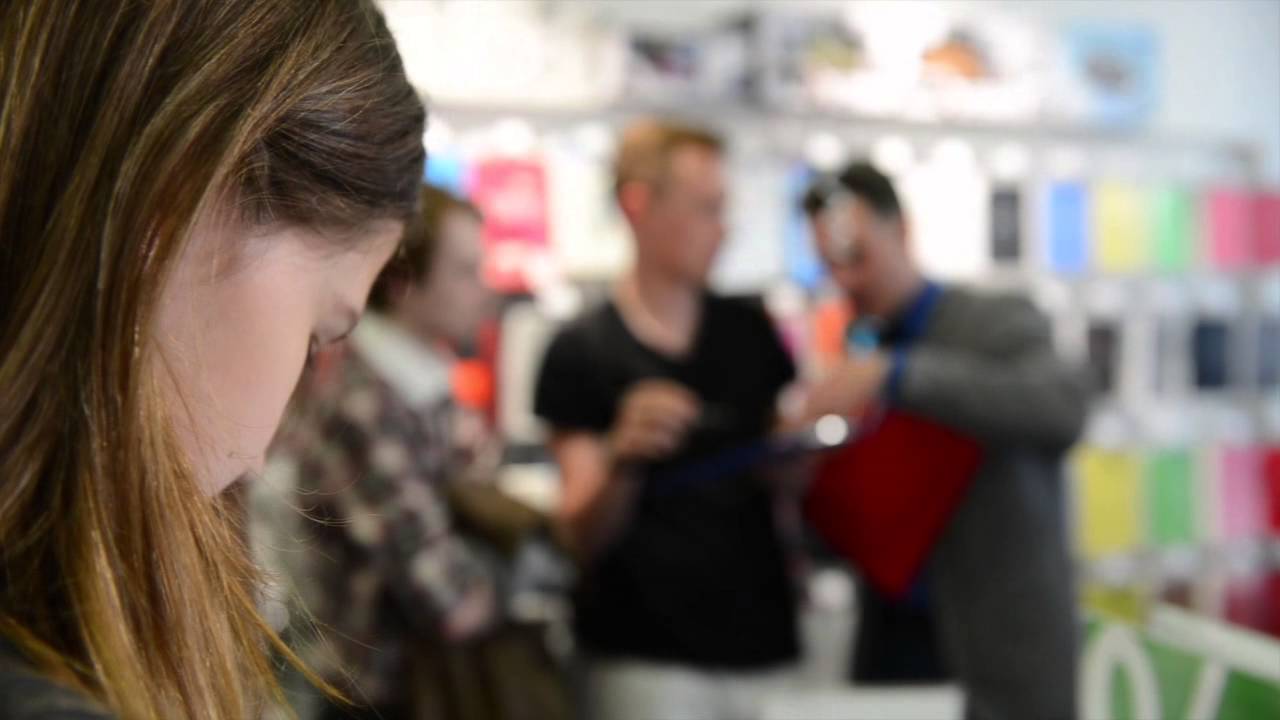 For the whole day shop and Museum Ficha on Nevsky prospect, 63, lit. And visited hundreds of customers who were very interested not only to see the current Apple products, but also to plunge into its history. Ficha total of 15 stores across Russia — in Vladivostok, Surgut, Omsk, Novosibirsk, Astrakhan, St. Petersburg and Moscow.