Apple gave details about the new processor A11 Bionic, which is installed in iPhone 8, iPhone 8 and iPhone Plus X. 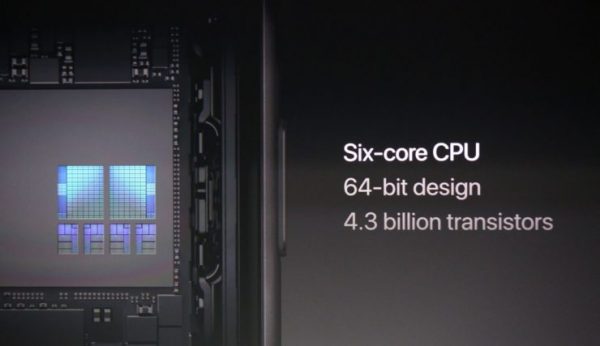 A11 Bionic is the most powerful mobile chip at the moment. It is equipped with a six-core processor that includes two productive cores that are 25 percent faster and four energy-efficient cores, which are 70 percent faster than the A10 Fusion. All cores can work simultaneously. This allows you to increase productivity by 70% compared to A10. Dual-core graphics accelerator is more powerful than its predecessor by 30 percent.

In the Apple A11 Bionic neural integrated dual-core processor, which is designed for machine learning, augmented reality and games. It can carry up to 600 billion calculations per second.

Apple believes that these operations should be performed on the device. Having a separate data processor, Apple sends less information to the servers and better protects user privacy. This approach uses Huawei’s Kirin processor 970.

However, the majority of companies use cloud technologies to operate machine learning. This decision saves battery power, but it requires Internet connection. Also it is less secure because personal data is sent to remote servers.