Failure of the Home button, faced by many owners of iPhone in the past. As in the latest MacBook, button in the iPhone 7 now not moving, and the feedback module Taptiс Engine most likely simulates the pressing. After testing the new iPhone 7 in a few days we decided to discuss with you the pros and cons of the new touch buttons of the smartphone. 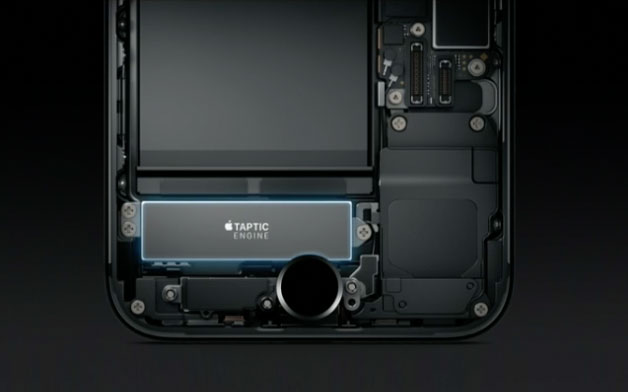 The main key in the new iPhone 7 is no longer “clicks” as the previous iPhone models, but only pretends to. If pressed when the smartphone is turned off, nothing happens – glass panel with a capacitive sensor on the surface will not even give down under the finger. Although in appearance and feel, the button looks like before. The dimensions, shape, even the Touch ID ring is in place, the difference is noticeable only when using.

If you have enabled iPhone you feel quite plausible (though less strong than on a mechanical Home button) click. For “click” corresponds to a module called Taptic Engine, a linear actuator, is able to faithfully simulate the tactile (and auditory) experience. By analogy with the MacBook trackpad, Home button in the iPhone 7 feels the pressing force.

In the first few days to the new key you have to get used to. Although Apple tried to simulate a mechanical press, there is a “click” differently. Subconsciously you know that this click was not, but the iPhone is trying to convince: the finger remains in place, however, due to the vibration, turns out the physical response, comparable with depression.

What are the advantages of touch-sensitive buttons in iPhone? First of all, the rejection of the mechanical element in favor of a completely stationary, but touch-sensitive keys significantly reduces the risk of its failure. A new button is less likely to fail or break. Another advantage of the mechanism of the Taptic Engine that vibrates and gives the feeling of the pressed button, can be adjusted. Apple has provided the possibility for personal settings of the haptic feedback: when you first turn the iPhone 7 are invited to choose one of three levels of feedback. In addition, Apple has opened the API for developers who can use the button for different functions in the applications. 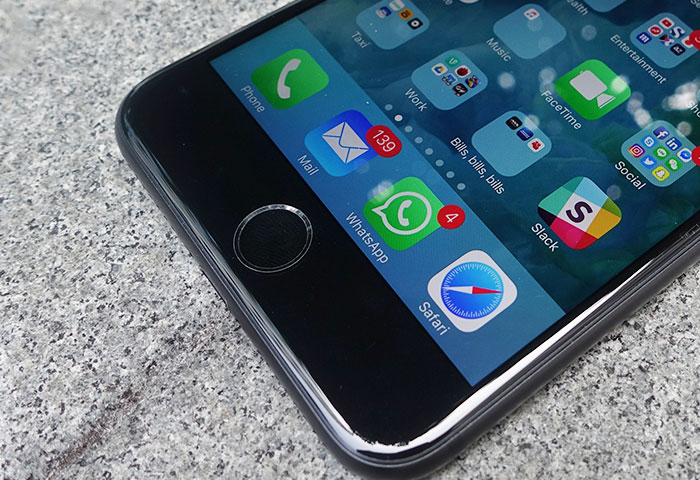 But the disadvantages of this solution are also available. First, the response. Initially, to use the very unusual and sometimes it does not work, if you apply less force or to place the finger in a nonstandard way. The second problem is gloves. New key click-provides direct contact with the skin. You will not be able to work even with the special gloves for touch screens that have fabric on the fingertips held the material. For residents of the Northern regions it can cause some problems.

It is worth noting that on the iPhone 7 has changed the way reboot and activate the DFU mode. Since “click” is implemented at the operating system level, the button cannot be used for low-level commands. For such actions instead of the home keys to use the button to decrease the volume.

And you have appreciated the new Home button in the iPhone 7? Whether it was worse than mechanical? How quickly got used to the virtual clicks?