On Monday Apple unveiled iOS 10 and released the developer version of the new operating system for iPhone, iPad and iPod touch. Among the main innovations of the mobile platform the company has allocated a special function Raise To Wake. Unfortunately, the technology contributing to more comfortable viewing notifications will not be available on all devices that support iOS 10. 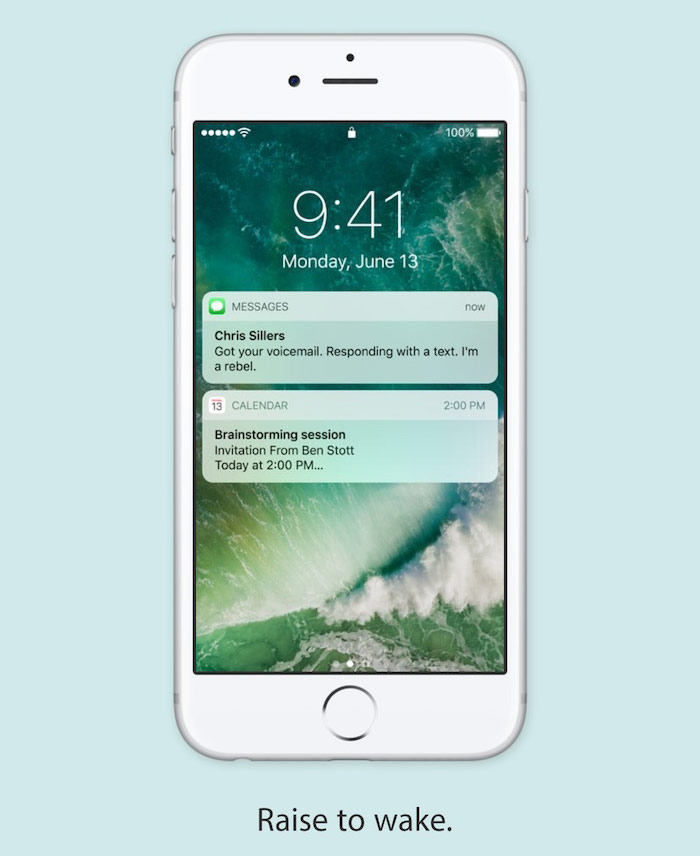 iOS 10 automatically displays the screen from sleep mode when the user lifts the iPhone. As planned by Apple, it is more convenient to view all the notifications directly from the lock screen. However, on most devices it won’t work.

A list of devices that support Raise To Wake:

At the moment, Apple claims only about three compatible devices. With the release of iPhone 7 and iPhone 7 Plus along with the final version of iOS 10 the list of devices that support Raise To Wake to grow up to five gadgets.

For whatever reason Apple have limited the work function, is not known. If it is the sensor Touch ID of the second generation, which quickly unlocks the iPhone 6s and the user does not have time to see the lock screen, it is unclear why the stated support for iPhone SE. It cannot explain the restriction and the lack of 3D Touch at gadgets – 4-inch Apple smartphone the “normal” display.

Maybe it’s the coprocessor M9, which is part of the Apple A9. It was he who allowed the realization of a function is always active Siri on the Apple smartphones of the last generation.

Apple introduced a new version of its mobile operating system iOS 10 Monday, June 13. In the company release an OS called the most visible to users. Among the key innovations worth noting is the new control widgets on the lock screen, an updated Photos app, Apple Music, Maps, iMessage and Siri API for developers.