For the first time since the start of advertising campaign “Shot on iPhone”, it has got a photo of the iPhone owner from Russia. As reported by Prophotos, the 26-year-old resident of Krasnodar Olga virich is part of a new video The Human Family from the “Shot on iPhone”. 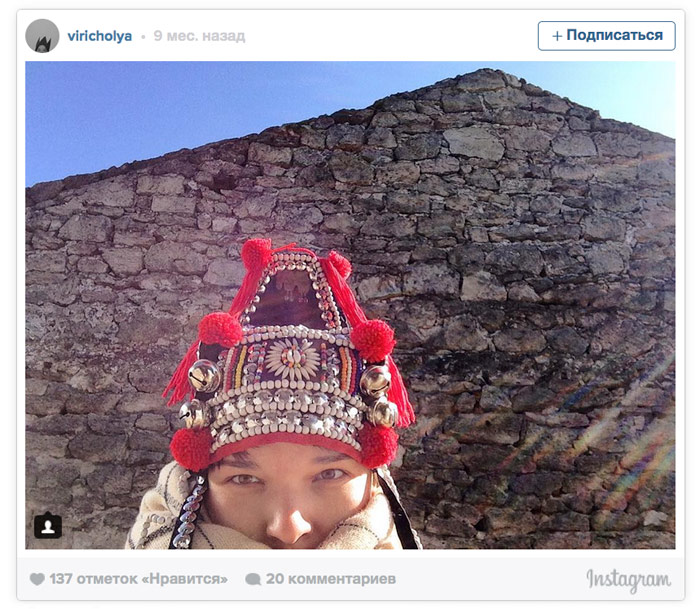 In a promotional video are photos and videos taken by the iPhone users from around the world. The fifth photo shows Olga virich.

“The picture was taken in my birthday. We went to the flea market to buy costumes for the party. Suddenly, I saw this headpiece is just the perfect gift for a birthday! I really like unusual things, has a personality, and I collect hats. This fit perfectly to my eye shape. I immediately put it on and continued to go on the market already in it. As we approached the wall, I decided that I can get some great selfie. Later it turned out that this is a traditional headdress Thai Akha tribe”, – says Olga.

Photo Olga virich debuted in the Apple video from the series “Shot on iPhone”, which celebrates the individuality of each person. The voice of the announcer in the video reads the eponymous poem by Maya Angelou – writer and poet, winner of many awards and over 30 honorary doctoral degrees. In the poem States that all the people in this world are different from each other, but at the same time people have more similarities than differences.

In the Apple emphasis on the capabilities of the iPhone camera, aided, and the users themselves – the smartphone company from Cupertino is the most popular camera on Flickr for the universality and prevalence of “Apple” devices.

In the past the Cupertino-based company won the main prize of the festival “Cannes lions” for the advertising campaign “Shot on iPhone”.