The share of iPhone in the Russian market reached 36% 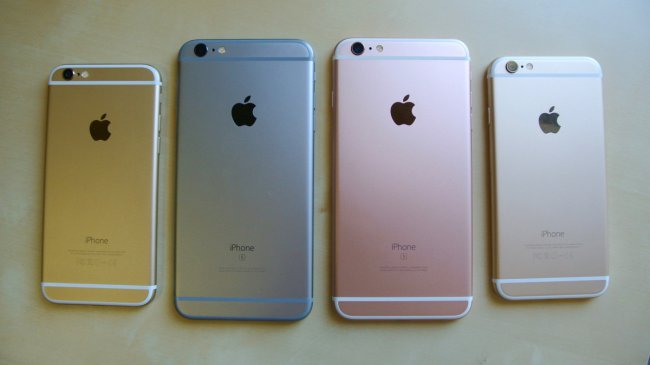 Despite the continued fall of the ruble and the catastrophic rise in prices, the position of iPhone in the Russian market become stronger day by day. The publication Cnews with reference to the last report of the largest retail networks “Svyaznoy” announced a record share of the 36% that Apple has been able to achieve thanks to very successful sales of the iPhone 6 and 5s marked as “as new”.

By the end of November, “Apple” smartphones 10% more than the sales figures of its nearest rival – the company Samsung, which has a much more extensive range of products in different price categories. However, even the increased cost of the iPhone compared with previous years failed to deter true fans. Analysts Svyaznoy indicate more than 4.5 million sold iPhone for a total amount exceeding 45 billion rubles.

However, in the opinion of management of “Svyaznoy”, the success of the entire line of smartphones from Apple in the domestic market provided the so-called “restored” the iPhone 5s, the cost of which was significantly lower than the flagship model. 5s popularity has reached such heights that even the smartphone was named the best-selling device in Russia, bringing its manufacturer a considerable part of total profit.

“To put the record in October-November, Apple has been able thanks to a wide range of devices in the middle and high price segments. The sale of iPhone 6s in the “Connected” outperformed that of all the flagships released in 2015, as in pieces and in money terms, — said the President of the Federal network of the Michael Touch. – The declining interest in last year’s models – iPhone 6 and iPhone 6 Plus is not observed. We expect that by the end of December, Apple will remain the leader in the smartphones segment. In the new year period people traditionally choose more flagship devices and this year purchase will also support the new attractive installment programs in major retail chains”.