The share of Windows Phone in the smartphone market has fallen below 1 percent, iOS holds 14.8% of the

According to a study by Gartner, the popularity of Windows-based smartphones has decreased to a critical level. According to analysts, the share of Windows Phone market in the first quarter of 2016 fell below 1%, whereas a year earlier it was 2.5%. The decline in sales due to low demand for the Lumia smartphones: this, in turn, is due to the limited diversity of the lineup. 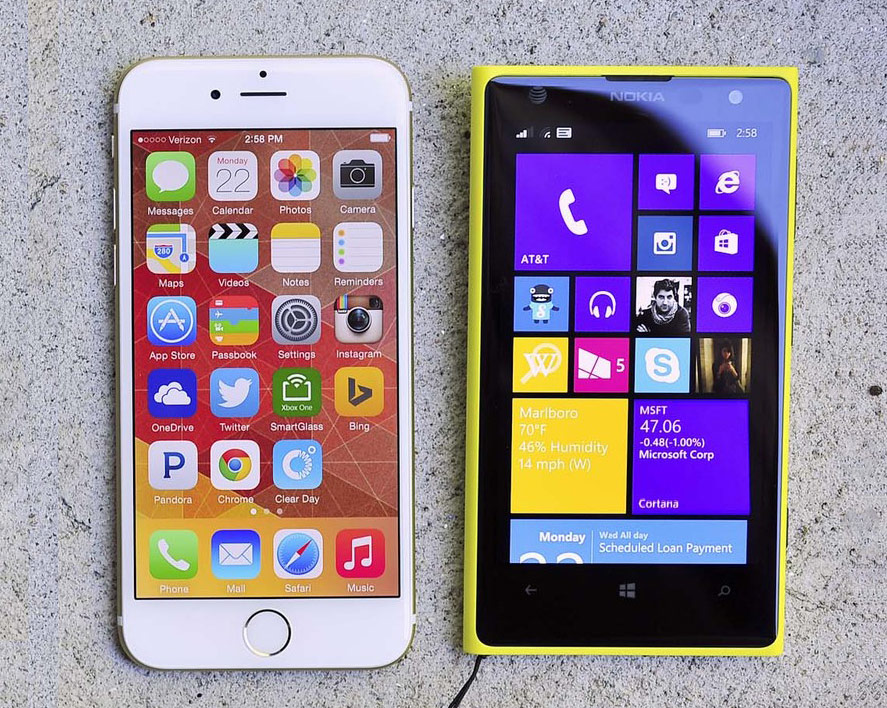 Smartphone shipments in the last quarter rose nearly 4%, however, this does not help Windows Phone operating system to increase its market share. Instead, its share fell below the level of 1%. According to Gartner, during the quarter it sold 2.4 million phones based on Windows, which is 0.7% of total sales. For comparison, in the first quarter of 2015, their share was 2.5% (8.6 million), a decline of 73%.

The share of Android for the year increased from 78,8 to 84.1% in the first quarter, the iOS index decreased to 14.8%, the share of Blackberry and other operating systems were at the level of 0.2%

The main cause of falling of indicators of Windows Phone is the reluctance of Microsoft to release new Lumia smartphones. May 18, the company announced plans to sell the unit for the production of cell phones Foxconn subsidiary for $350 million, and previously it was reported that the new Lumia devices, the market could no longer be seen. Income from sales of Microsoft smartphones for the year declined by 46% and rumors say the emergence of new models under the Surface brand not earlier than 2017. 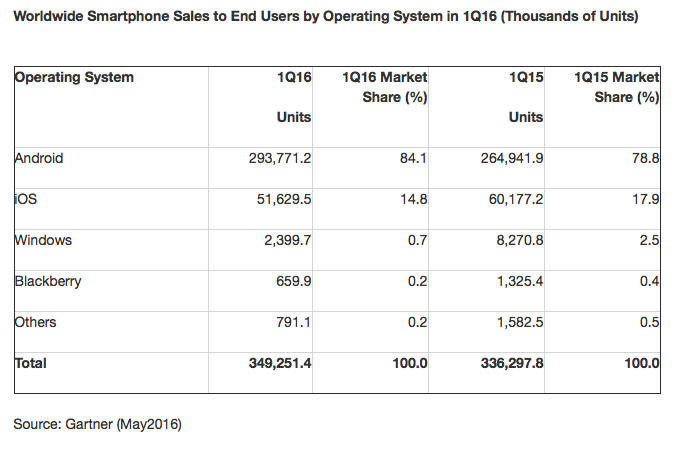 If only for the quarter it sold 2.4 million Windows-based smartphones, 2.3 million of them are released by Microsoft. As a result, no Microsoft sales share decreases to negligibly small values, since the large manufacturers to produce Windows devices no longer strive, and the others can’t offer popular models and large production volumes.