The wireless future of Apple, we didn’t want

Two months have passed from the date of the presentation of the iPhone 7. The design of the smartphone resembles last year’s iPhone, but the inside is absolutely new device: Quad-core CPU, expanded color gamut screen, waterproof housing and more. iPhone 7 is not just fast – the fastest in the industry, the smartphone, the device is equipped with an excellent camera (especially if we are talking about the iPhone 7 Plus), longer work without recharging. 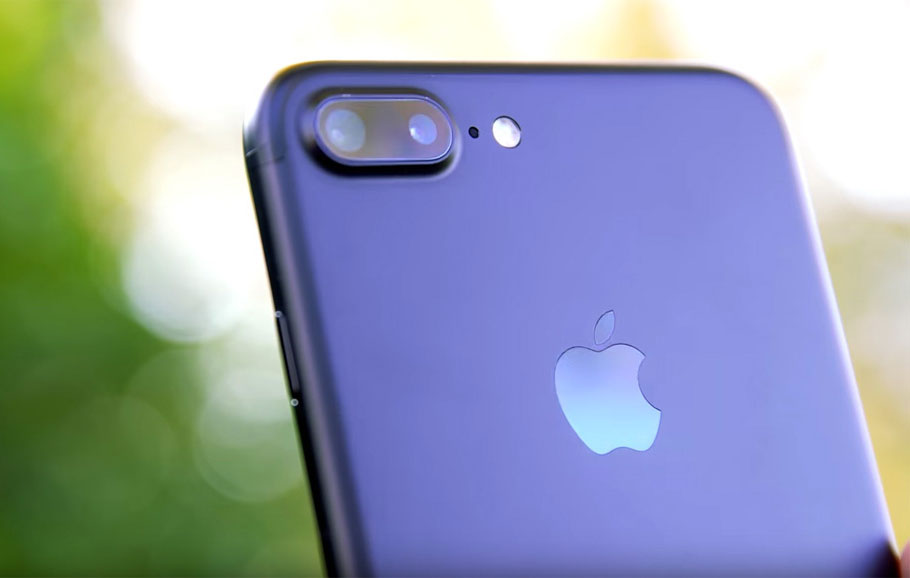 But it’s not as good as it seems at first glance. Of course, the iPhone has turned out commercially successful, Apple sells millions of these devices. But the most popular product of the company clearly needed a redesign. Starting with the iPhone 3G, Apple needs a two-year update cycle for the iPhone. In the first phase, the company represents a fresh design and the most important functional innovations, among which in past years has been the increased screen size, more communication, etc. to launch the next model with the index “s” is focused on improving existing features. However, Apple usually wants to add something new and in the intermediate phase (as a function of Touch ID, or 3D Touch, which appeared in the iPhone 5s and 6s). And, of course, annually in the iPhone there is a new system-on-chip and an improved camera.

iPhone 7 to some extent departed from this rule. This time the case design is clearly continues the direction embedded in the iPhone 6. Hardware functions, in turn, has changed more quantitatively than qualitatively (which, however, cannot be said about the iPhone 7 Plus with its dual camera). What Apple has done for the past year with the release of the iPhone 6s, it is better to consider how deep and comprehensive revision of the familiar apparatus. However, in this case, it would do well to remember the old thesis about the transition of quantity into quality.

In the new generation of smartphones like no other, the emphasis on wireless interfaces. Apple declined 3.5 mm audio Jack, trying to walk in the forefront of auditorially. Many such decision was not to his liking. Of course, to talk about how right this move, you need a couple of years, but so far the negative emotions people experience significantly more.

And despite the fact that Apple decided to focus on wireless interfaces, the company seems not to have paid due attention to technical support. Judging by the numerous messages in the Network, wireless network Bluetooth in the new iPhone works surprisingly unstable, as revealed by experiment some time after the appearance of smartphones in the market. Some users were unable to connect the device to Bluetooth in the car. Apple reacted quickly and because the problem was the firmware was quickly released an update that solved the problem. 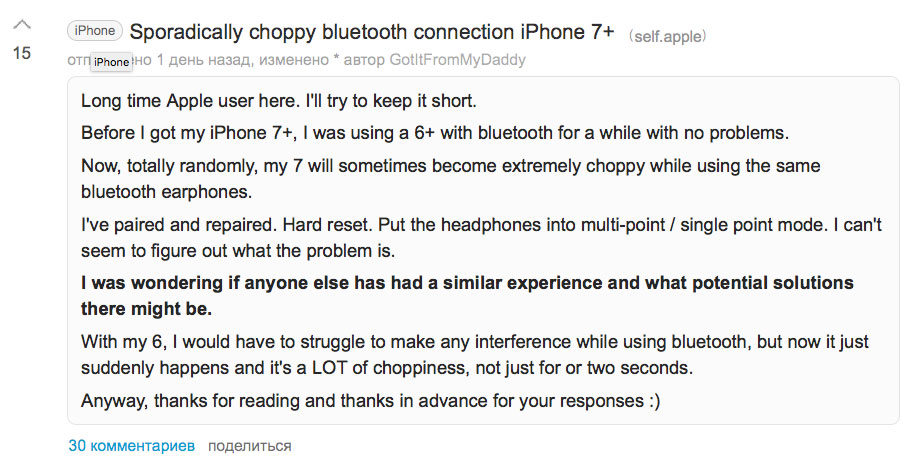 However, users continue to report the problem. In many cases, when using a Bluetooth headset, the user can not hear the interlocutor: the sound is often interrupted or even lost. Restart your smartphone and headphones fails, and the device are in close proximity to each other, and they do not interfere (for example, walls). The connection tends to break when the user opens the app or in the browser.

On Reddit users have left for a few hours several dozen of mails with complaints on the issue. The headset, which works perfectly iPhone 6 Plus, is causing insurmountable difficulties with the iPhone 7 Plus, the user writes Cirkuit. Readers nick Ghursh says it has already changed the three instances of the iPhone 7, and all three have this problem. Bug not fixed in the current iOS version 10.1 and test 10.2 iOS.

Listen to music via Bluetooth does not work – headset not transmitting the sound that can come from the wired headphones and it was the occasion for the expression of discontent. Despite the fact that Apple so despises for the wireless future, creating functions firmware update over the air, download the content and rejecting the analog audio jacks, such failure completely negates all the efforts and forces users to turn to wired solutions. The wireless future of Apple was not as we had imagined.